After a lengthy series of starts and stops, islandwide recycling becomes a reality on April 1. Here’s how to get on board. 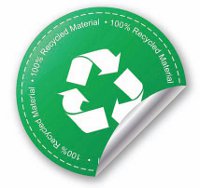 When the garbage truck pulls up to your Hilton Head Island home to pick up your recyclable trash on April 1, it won’t be an April Fool’s prank: It’ll be Republic Services inaugurating its new franchise agreement on a timetable that coincides nicely with Earth month.

That day, Republic will begin its franchise with the Town of Hilton Head Island for garbage and recyclable trash pickup, a contract that will take its customer base from 4,000 to about 14,000, according to site manager Chris Frost.

“We pick up around 10 tons of recyclable waste now,” Frost said, adding that the company expects to pick up a whopping 60 tons of recyclable waste from island homes on a weekly basis. Recycling doesn’t get much easier: Drop your recyclable paper, plastic and aluminum in one container and it’ll be sorted as if by magic, thanks to the fairly recent invention of single-stream recycling. Republic takes its recyclable collection to Sonoco Recycling in Savannah for separation and processing. (However, if sorting has become a calming, Zen-like activity for you, please feel free to continue to do it.)

The franchise agreement covers any home on Hilton Head; if you want the service, Republic must provide it, gated community or not. Beaufort County will continue to operate its waste and recyclables drop-off facility on Summit Drive.

There have been mixed reactions from some citizens about the agreement with Republic; some opponents say they don’t like what smells like a monopoly, and others arguing they’d just as soon take their garbage to the convenience center themselves.

“That’s why we put into the franchise agreement citizens’ continued right to selfhaul,” said Alice Derian, contracts and services administrator at Republic.