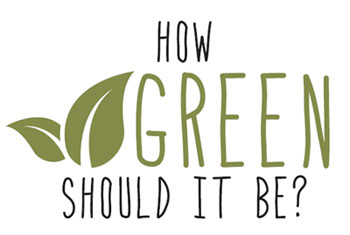 Residents fresh from the Midwest get in their minds that a green, manicured lawn is healthy, but the native plants are so much better.

For decades, Hilton Head Island has proudly proclaimed its “green” creds, pointing to its development rules that preserve trees, programs to set aside acres of green space throughout the island and efforts to protect sea turtles.

In the meantime, other communities have eagerly and aggressively climbed about the ecotourism bandwagon.

Is Hilton Head still in the driver’s seat? Absolutely, says Duane Parrish, director of the S.C. Department of Parks, Recreation and Tourism. 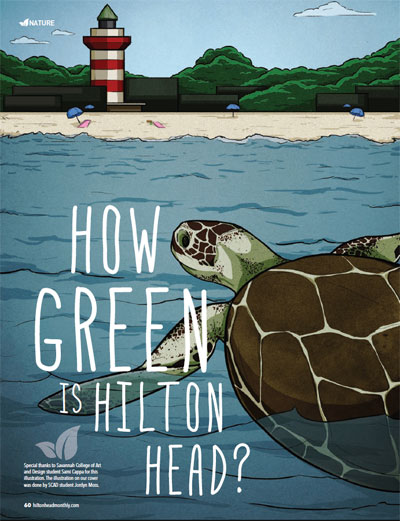 Many local individuals and businesses help to keep the Lowcountry green. This symbol is located throughout this “Nature Issue” to recognize those leading the way through education, conservation and other green practices. Help protect the Lowcountry by adopting your own green practices today.

“Hilton Head was green before the green movement started. It’s been ahead of the curve for 20 years and it is today,” he said. “Every state is competing for green tourism to some degree. It’s easier for some states to promote their features and that certainly applies to Hilton Head and the Mountain Ridge areas.”

But what is ecotourism?

The state’s tourism arm takes a low-key approach to ecotourism in its marketing. It steers clear of the term, but instead shows our natural attributes with photos and videos.

“We appeal more to the eye than the ear,” Parrish said. “We’ve always been known for beaches and golf, but we also have equestrian destinations in the Midstate, and Class 4 whitewater rafting in the Mountain Ridge area. A big part of our ‘Undiscovered South Carolina’ campaign is outdoor-based tourism. With the rise of electronics, the need to disconnect is greater than ever.”

“I think Hilton Head is in a great position,” Parrish said. “Even on the golf side, people love to come to HH because it’s family friendly and pedestrian friendly.”

A deeper shade of green

However, some small but visible indicators around town need a coat of green.

Kay Grinnell, a board member of both The Nature Conservancy SC and the Lowcountry Master Naturalist Association, noted that it was only recently that Hilton Head required trash haulers to include recycling. Before that rule change, residents declined to pay extra for recycling and simply dumped everything.

Hilton Head also was slower than other communities to cozy up recycling bins to trash cans in public areas.

“It’s ironic that we had only garbage cans, not recycling bins,” Grinnell said. “They still have some room to advertise themselves as a ecotourism destination. People have no idea there are cool things to do like go birding and hiking. In all of the tourism advertising, there is very little mention of it.”

Grinnell suggested ways Hilton Head and the rest of the county can heighten environmental awareness.

“Clearly the people in Beaufort County are working hard about water quality, but there isn’t enough emphasis on the environment,” she said.

She still sees people living next to marsh pouring fertilizers on their lawns.

“I hate seeing all of these really green lawns next to a lagoon,” she said.

Hefter said residents fresh from the Midwest get in their minds that a green, manicured lawn is healthy, “but the native plants are so much better. The town has done some work to get to the PDAs and garden clubs to get that message out.”

The town has a sustainability section on its website that educates people about Hilton Head’s unique habitats, but Grinnell would like more of an educational approach at beach entrances, too.

Instead of greeting beachgoers, Grinnell would rather see signs that explain why it’s important to protect marsh grasses and keep one’s distance from birds and other wildlife. She’d like to see interpretive signs pointing out native plants along public pathways to beaches and signs that explain why Hilton Head observes lights out during turtle nesting season.

Hefter agreed that educating beachgoers is lacking, especially about the importance of dune grasses and the water-cleansing role of the marshes.

“We try to explain those reasons at the museum.”

For example, she often sees letters to editors from visitors complaining about how we leave the rafts of spartina grass on our beaches instead of raking it up. The town doesn’t explain via signs that the material forms the foundation for new sand dunes.

“We were one of the earliest to do sea turtle protection in the mid-1980s. We have paid turtle patrol and we’re seeing record numbers of nests. Our tree ordinance has been copied around the country,” she said. “The early development really concentrated on blending with the environment. Early residents certainly took that to heart and that’s why they wanted to incorporate.”

Parrish said, “Hilton Head is in the best position in the state for ecotourism,” Parrish said.