hat's that? It's a question visiting mothers and fathers are asked constantly by inquisitive children during family beach days. Don't lose cool points by answering, "that's a bird, son." Impress your little one with a name and a quick fact about the critter in question. Here is a look at the 18 most common animals you will see at the beach. 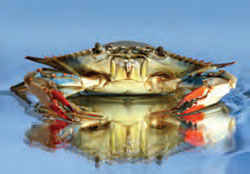 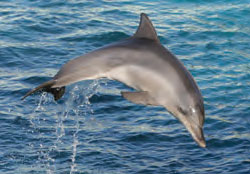 More than 200 live here year-round, and many more are migratory. Local captains have given several of them names based on their personalities, such as Chopper and Nic. 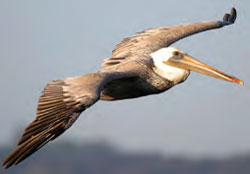 These birds glide gracefully over the water until they spot a fish, then they fold their wings and clumsily smash into the water to grab their prey. 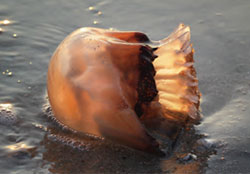 Also known as the cabbage head, this is the most common jellyfish encountered in our waters. It is the least venomous native jelly and stings are very mild. You will often see it washed up on the beach. 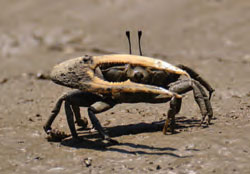 These creatures are abundant in the mud flats at low tide. They are smaller than a dime and live in holes they dig in the mud. They plug the holes as the tide comes in to help stay dry. Males show off their pincer claw to attract females. 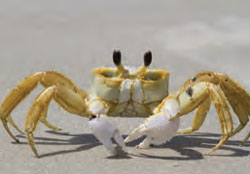 They live in holes in the sand above the high tide line and stay inside during the hottest part of the day and throughout the coldest part of the winter. They emerge mostly at night to feed on clams. 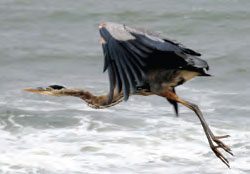 These large wading birds come to the beach at dusk and usually remain until nightfall. 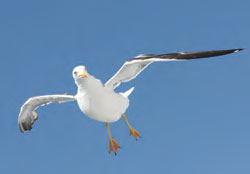 These scavengers are the most common bird on the beach. They usually eat dead things that wash up on shore, steal other birds’ meals, beg tourists for food or hover around shrimp boats. 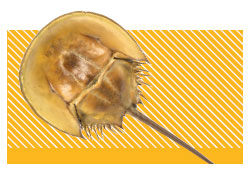 They resemble crustaceans but are actually closely related to spiders and scorpions. They are considered living fossils, originating 450 million years ago. 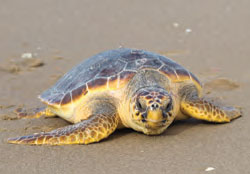 You’ll find their nests on Hilton Head Island beaches between May and August, when they come ashore at night to lay their eggs. The eggs hatch in about 60 days and the small turtles make their way to the ocean using the moon as their beacon. 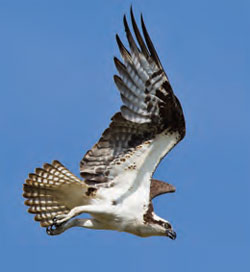 A large bird that circles overhead like an eagle. When it spots a fish, it will dive at high speed and snatch its prey with its razor-sharp talons. 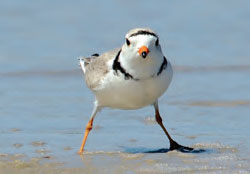 These sparrow-sized shorebirds run so fast along the tide line, their legs are a blur. 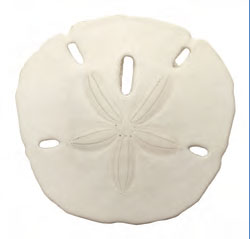 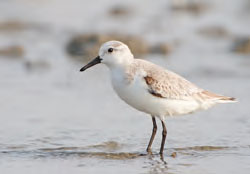 Small shorebirds often seen in groups, chasing waves in and out looking for food in the intertidal sand flats. Among other characteristics, their black legs and longer bills clearly distinguish them from piping plovers.

These ducks like to float together in the ocean by the thousands, forming what looks like an island. It's called a raft of scaup. 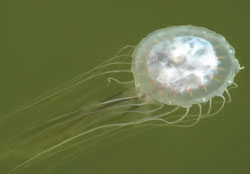 Jellyfish armed with up to two dozen tentacles that have rows of thousands of stinging cells. Their sting is fatal for their prey, but usually causes only discomfort for humans. Most stings occur in July and August. 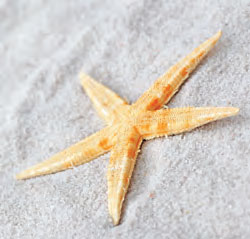 They’re often called starfish, but they're not actually fish. They don’t have gills, scales or fins and move using hundreds of tube feet, which are located on their underside. 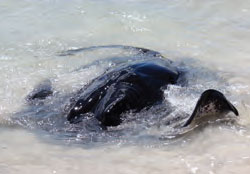 Equipped with sharp, serrated barbs at the base of their tails, they can also release toxins when startled. Hilton Head usually gets more than 150 stings reported each year, usually on the feet and ankles of people who step on them.