AREA KNOWN FOR BEACHES, GOLF AND RELAXATION ALSO HAS PLENTY TO OFFER FOR THRILL-SEEKERS

Vacations are all about getting away from home and going on an adventure. You don’t have to go to the extreme and tie thousands of balloons to your house to set off on an adventure like in Disney’s movie “Up,” but adventure does await you in the Lowcountry. No matter how you plan to get here, be ready to step out of your comfort zone and fly to new heights.

IMPROVE YOUR INNER AND OUTER HEALTH FOR A HAPPIER LIFE

Beauty. There are a thousand definitions of the word beauty and truly it lies in the eye of the beholder. In this technological based world that is continually progressing, the word beauty is thrown around in various different situations. When most people think of the word beauty, they think of everything that is not beautiful about them.

Beauty is to feel free, natural, and confident both physically and mentally. It more than just looking perfect every day, it is how you feel on the inside and outside that will reflect your beauty.

“THE CURE FOR ANYTHING IS SALT WATER — SWEAT, TEARS OR THE SEA” — ISAK DINESEN

Whatever your vision of the “beach life” may entail, the sun-splashed beaches of Hilton Head Island offer as many experiences as there are shells on their sandy shores. From its heel to its toe, here’s an overview of some of the island’s popular beaches and hidden gems. 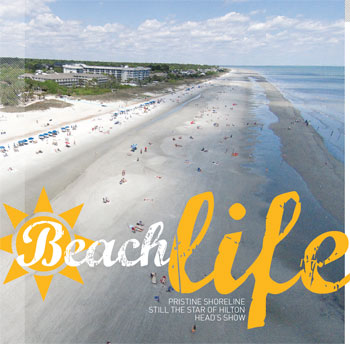 It’s no coincidence that Hilton Head Island is 12 miles long (it’s 5 miles wide) and has 12 miles of accessible beaches.

But these aren’t any beaches. They are pristine, clean and quiet, despite decades of development and millions of visitors.

How can that be? 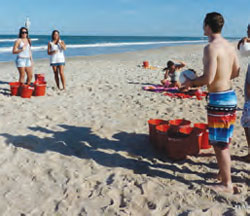 It’s a beautiful day. The sun is shining and there’s a lovely breeze. You have nowhere to be and nothing to do. It’s your day off, your home is clean and all chores have been completed.

You decide to go to the beach. You pack sunscreen, lunch and a towel. You get there and find a spot. You plop down in your beach chair and stare off into the great blue horizon.

In the woods of Leamington, when the island was once an untamable frontier, once sat a lighthouse. This lighthouse, so the story goes, was watched by a man named Adam Fripp. 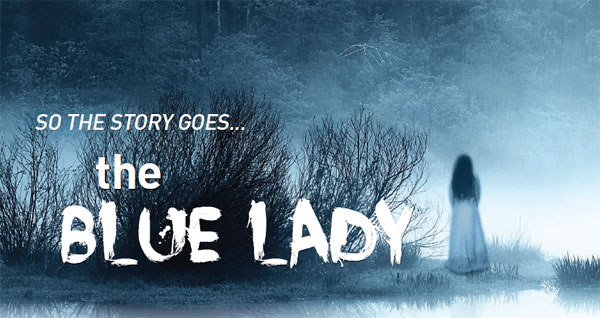 History doesn’t record who he was or how he came to be stationed at this beacon on the edge of the world, but the stories tell that he lived in a small cottage by the towering lighthouse with his daughter. 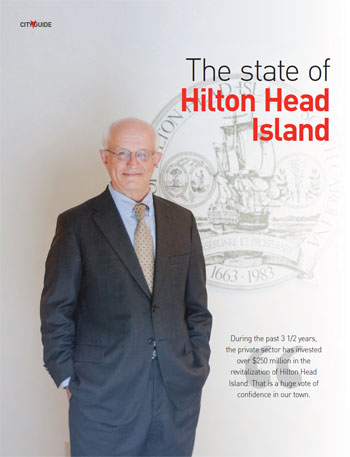 One way to illustrate the state of the Hilton Head Island is to envision a driving or bicycle tour.

Let’s start our tour from the southern part of our island in the waters in and around Harbor Town.

The iconic Harbor Town Marina and nearby Braddock Cove area have finally been dredged so boating access and docking improves, and RBC Heritage aerial photography coverage is enhanced. (A short time ago, RBC and Boeing stepped-up to sponsor the Heritage, and Town Council immediately made a five-year funding commitment to fill the remaining need and ensure the continued presence of an event that generates $84 million per year to the local and state economy.) 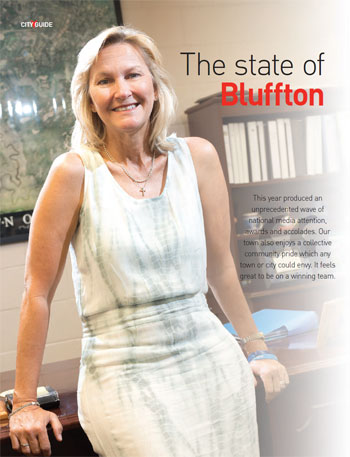 As with our personal lives, it is important to take time to stop, reflect and focus on who we are, what we do and where we want to go. As a town, that was our task in the beginning of 2014 as Bluffton developed a brand for itself.

Beyond the marketing benefits of a new brand, the process also reminded each of us why we do what we do and gave us a philosophy which guides Bluffton forward in each project and policy.

That process crystalized the mission of Bluffton to further evolve our town into a progressive, innovative municipality, while never losing sight of our town’s historic, artistic and coastal culture. As in our personal lives, when we are clear about our intentions, it’s amazing how other people’s focus also becomes clearer. 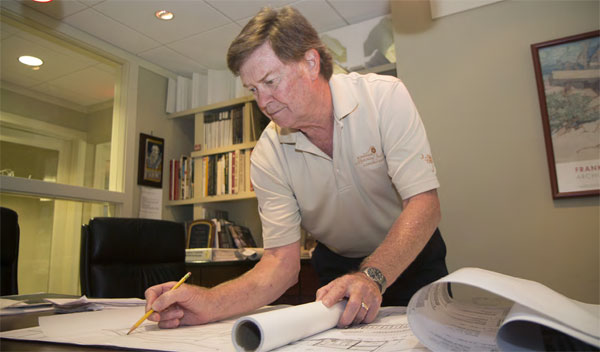 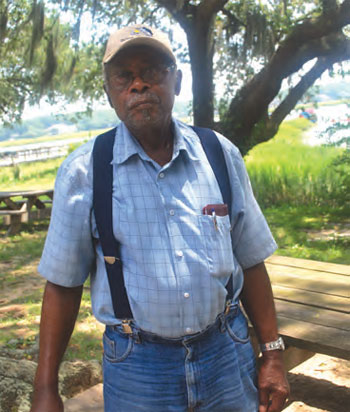