And the pursuit of satisfaction. 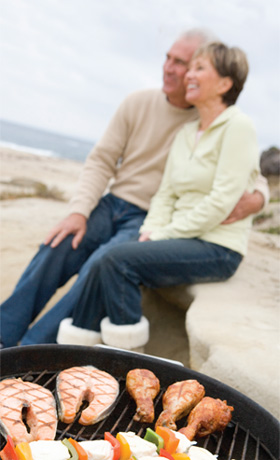 Editor’s note: “Living the Dream” was the title of the article in Monthly magazine’s October issue, the same month that financial markets experienced a great deal of turmoil. Many retirees have expressed deep concern over their nest eggs, and rightly so. The following article is not about financial management — our advertisers offer that — but about other aspects that lead to a satisfying retirement.

No, the subtitle is not about that famous phrase, “the pursuit of happiness” in the Declaration of Independence. This is about satisfaction, which admittedly is an important component of happiness, but that’s a rather philosophical subject for another time.

First we need to recognize that retirement is simply another of phase of life and that all phases of life — whether education, career, post-career, pre-retirement, or whatever you choose to call it — involve some form of endeavor. And endeavor can take many different forms; even basic survival is an endeavor.

Students at Sea Pines Montessori Academy are learning social responsibility at an early age through a school-wide recycling program. “We recycle everything possible and the children actually participate in collecting the recyclables and placing the items in their proper bins,” said Leighanne Kubec, director of business development. “We use recycled paper, paper towels, toilet tissue, etc. All products in our school are as green as is permitted under state and federal law regarding schools.”

Pebble Beach. Amelia Island. Meadowbrook. Burn Foundation. These might be considered the Concours d’Elegance Big Four according to Paul Doerring. “We’re in that ballpark now,” he said. Doerring is board chairman and event director for the Hilton Head Island Concours d’Elegance & Motoring Festival, which celebrates its seventh anniversary this month.

From its humble beginnings less than a decade ago - and following a few stalled attempts prior to that - Hilton Head Island’s event has risen to be considered among the elite of some 50 Concours events held annually around the world.

The grandson of renowned jeweler and BVLGARI (bulgari.com) dynasty founder Sotirio Bulgari, Nicola Bulgari is a passionate connoisseur of works of art and world-class excellence. As part of Monthly’s annual Concours coverage, we were thrilled to learn more (via email) about what drives his passion, pride and interest in preservation.

HILTON HEAD MONTHLY: You have participated as an exhibitor with Concours in the past, and the organization was thrilled to announce you as the honorary chairman of their 2008 event. What inspired you to accept this role?

NICOLA BULGARI: Hilton Head Island is one of the most beautiful Concours venues and destinations in the country. The people who run the Concours are friendly and hospitable and historically respectful of all types of automobiles, not just grand classics and historic sports cars. I feel privileged to follow in the footsteps of previous honorary chairmen like Bill Marriott.

Joanna Yarbrough was born in1942 in the small town of Portsmouth, NH, and she knew from a young age that she wanted to be a ballerina and a movie star. Growing up in the 1940s also influenced her penchant for hats.

“Everyone was always wearing them, and I always just sort of liked them.” Then when she moved to the South – first to Atlanta 22 years ago – her fondness for fashion became more functional. She’d often pull her unmanageable long hair back into a bun and wear a hat. While in Atlanta, she picked up a number of expensive designer hats at yard or estate sales for only a couple of dollars.

That’s when her collection really began growing. To date, she has more than 2,000 hats! She has accumulated her hats either by purchasing them at a bargain price, or by donation from people who no longer want them.

THE PORSCHE CLUB
The Porsche Club was founded nearly seven years ago in Bluffton. Current president George de la Bruyere said the organization is simply a way for Porsche enthusiasts to unite and share a common interest.

“The purpose of this club is just to get together once a month and have a good time, drink some cocktails and enjoy some good food,” said de la Bruyere, who is in his second year as president. “About ninety-nine percent of the conversation is Porsche talk.”

Besides socializing, the club provides other opportunities for Porsche owners to get maximum enjoyment from their vehicles, including organized road trips and rallies. They also have a “driver’s education” program three times a year, which involves renting a race track in Savannah and hiring a certified Porsche driving instructor.

A reminder of campus life.

Nothing breaks up the daily grind like a conversation with someone you knew when life was all about mid-terms, football games, and pitchers of beer shared with friends, and social hour at the student union. It makes for an instant connection to a simpler place and time. Alumni associations are those magical touchstones, and Hilton Head Island has had the good fortune of being home to many.

“We’ve really focused our attention on philanthropic work,” said Dan Castro, an active member of the Notre Dame Alumni Association, which has donated considerable resources to low-income island residents over the years. The Fighting Irish alums are not alone in their good works, especially when it comes to offering scholarship money to local students looking to attend the alma mater of a particular alumni association. 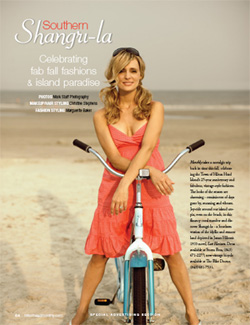 Monthly takes a nostalgic trip back in time this fall, celebrating the Town of Hilton Head Island’s 25-year anniversary and fabulous, vintage-style fashions. The looks of the season are charming – reminiscent of days gone by, stunning and vibrant. Joy-ride around our island utopia, even on the beach, in this flouncy coral number and discover Shangri-la – a Southern version of the idyllic and remote land depicted in James Hilton’s 1933 novel, Lost Horizon. 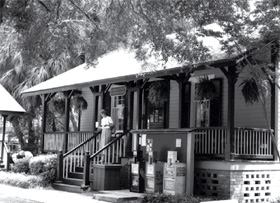 Old Oyster FactOry, Red Fish, Alexander’s
With more than 250 restaurants to choose from, dining out on Hilton Head is as much a part of the island experience as the award-winning golf courses and pristine beaches. While having a high number of restaurants in such a small community leaves locals and tourists never lacking for variety, restaurant owners face one of the most competitive markets in the community. And while Red Fish has yet to celebrate its 10-year anniversary, we are thrilled that our other restaurants, Old Oyster Factory and Alexander’s, have both surpassed that milestone. Although you’ll find more complex recipes in our kitchens, our recipe for longevity is relatively simple – with maintaining our focus, striving to improve and community involvement being at the heart of our organization.