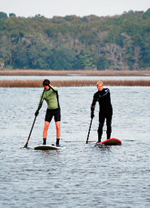 Looking for a new core exercise while enjoying the outdoors? Paddle boarding is the sport for you.

“It’s been a sport of royalty in Hawaii for generations,” said Mike Overton, founder of Outside Hilton Head.

Paddleboards are similar to surfboards, but instead one stands on the board while paddling on one side at a time.

Animals on the beach
Animals are not permitted on Hilton Head beaches between 10 a.m. and 5 p.m. from Memorial Day through Labor Day. 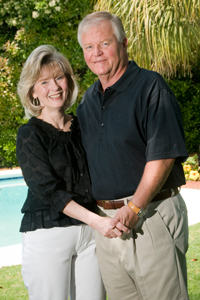 Think you’ve got the perfect Mother’s Day gift? One local mom may have you beat. And, it doubles as a Father’s Day gift, too.
Hilton Head Island residents Jack and Barbara Finnegan will travel on an all-expense paid vacation for six days and five nights to the Reefs Hotel and Club in Bermuda this July — all thanks to their son, Tim and his wife, Caroline.
After spending their honeymoon at The Reefs, Tim and Caroline heard about a contest the resort was running encouraging past guests to “Show Your Love” of the resort or island in a submitted essay.

Imagine a prom where it's not fashionable to be late and you've only skimmed the surface of the Cinderella Fella Ball's appeal.
Started more than a decade ago by a crew of teachers, staff and parents at Battery High School, the dance is organized for special needs students and young adults with disabilities ages 14 and older across Beaufort County.

An old, dilapidated shack that has stood on Gumtree road for more than 80 years is about to become the focal point of Gullah history on the island. 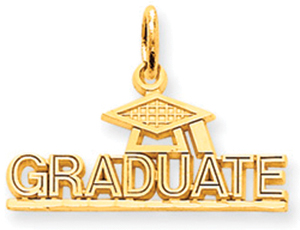 Are you looking for a gift for that special graduate? Click here for a few of Monthly’s favorites. 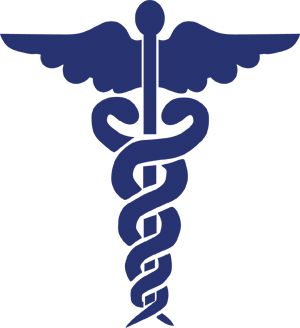 In this special annual medical section, we focus on how you can stay healthy from head to toe. 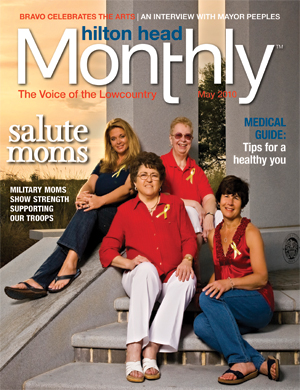 These local moms are on the frontlines in the truest sense of the word. Click here for their stories. 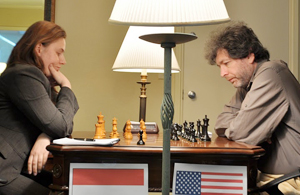 The first time Gregory Kaidanov met the girl who would become the strongest female player in the history of chess, he was a 20-year-old chess master and Judit Polgar was a 6-year-old prodigy who on a trip to Moscow with her parents.
They were already two players the chess world would keep its eyes on for decades to come. What the chess world keeps its eyes on apparently sometimes slips right past the rest of us. Many years later, the two crossed paths again in a suite at the Hilton Head Marriot Resort and Spa for a no-frills match in front of a small crowd that might not look like much to the average outsider. 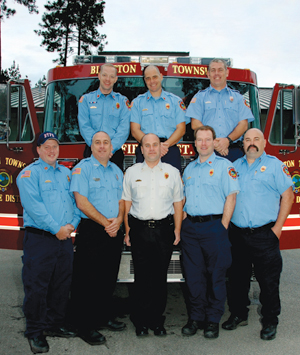 It’d be easy to make the argument that these Bluffton Township firefighters deserve the coveted title of Hilton Head Monthly’s Most Valuable Person just for the job they do … you know with all of that rescuing people from burning buildings and such.