ACTIVE SENIORS HAVE PLENTY OF OPTIONS IN THE LOWCOUNTRY

Although playing a round (or two) of golf will always be an essential retirement pastime, a new generation of active seniors want more than their predecessors.

The idea of retirement communities began back in the early 1900’s. Basic boarding houses and bleak apartments gave way to more cheerful concepts and by 1960 the mega-popular inaugural Sun City opened in Arizona with huge success. As a result, active living communities began to open throughout the country, according to Jeff Hoyt at seniorliving.org.

Active adult communities such as Sun City Hilton Head (with more than 100 clubs), The Cypress, The Bayshore and Latitude Margaritaville Hilton Head have changed the game when it comes to senior living, specifically in a post-pandemic world. The silver lining, according to Suzanne Brown, the activities director at The Cypress of Hilton Head, is that “residents were forced to use technology.” As a result, residents became more comfortable with technology— participation increased as it became commonplace for seniors to sign-up online for activities and programs. 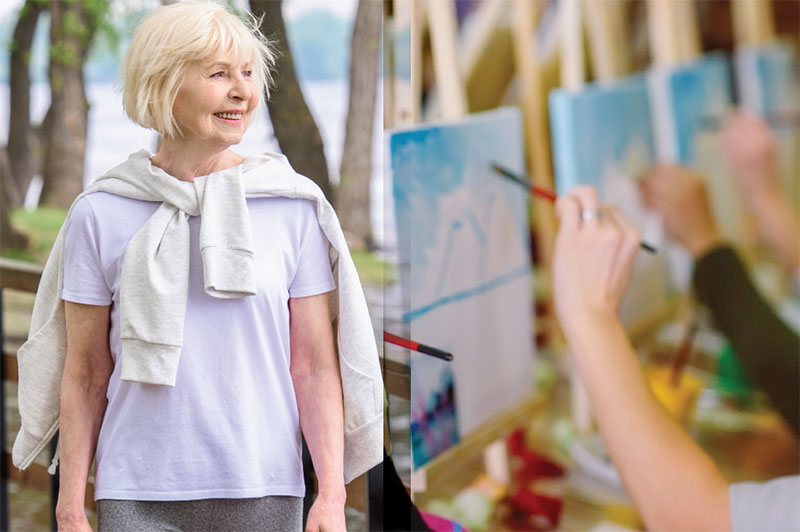 The words active and senior have become as much a mindset as they are an absolute necessity—the 55-and-older crowd wants to get out and have fun with the people who make them happy.

Mona Ward is the lifestyle director at Latitude Margaritaville Hilton Head Island and she’s a proud Margaritaville resident as well. According to Ward the top three requested activities are pickleball, bocce ball and anything associated with the visual arts (crafts, photography, pottery etc.).

“The vibe is welcoming-like mindedness; we don’t stifle creativity,” she said.

The desire to stay on property is trending, according to Ward. After many years of hard work and raising families, friendships can finally become a priority.

“Now our residents are making friends for life and enjoying friendships they always wanted to have,” she said. 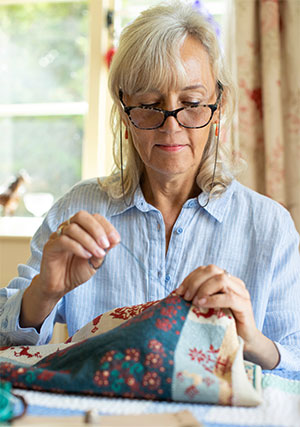 As a result, the on-site activities are extensive, and there are new activities added frequently.

The Bayshore on Hilton Head Island has an arts and crafts center, outdoor bocce ball court, and an outdoor heated swimming pool.

An active mindset is not just for those opting for a resort-style active living community. Those that are opting to “age in place” are just as active as their communal counterparts. In other words, “rather than seeing retirement as a time of limited opportunity or even boredom, Americans have begun to see the possibility of it being an active, productive period in life,” an NPR report notes.

On Hilton Head Island, The Island Rec Center has a robust list of offerings for the senior set. From Mahjong and cribbage to day trips and a monthly Diners Club—the senior center has become a bustling place.

“Many of the events we do are the suggestions from our members and I believe this is what makes this center unique and fun,” said Cherie Bronsky, Senior Center Director, Island Recreation Association.

In addition, local businesses such as Needlepoint Junction in the Village at Wexford have seen a huge uptick in “crafters” who are 55 and older.

“We have a regular group of knitters/crocheters and needlepointers. Some have been strangers to each other that have become long lasting friendships. They grow to deeply care for one another. The talent is crazy,” noted Michelle Greene, owner of Needlepoint Junction.