“This is the first time that Old Town Bluffton has been the starting place,” Craig said. “Most of them are from out of town. We’ll show them how nice the area is, and if they want to, they can buy a house.”

The driving tour is also a chance for owners to demonstrate that their cars are functional and “aren’t trailer queens,” Craig said.

Capossela and Craig are members of the Lowcountry Oyster & Motorcar Driving Society, which is open to all automobile enthusiasts and is the founding club of the Hilton Head Island Concours d’Elegance & Motoring Festival. 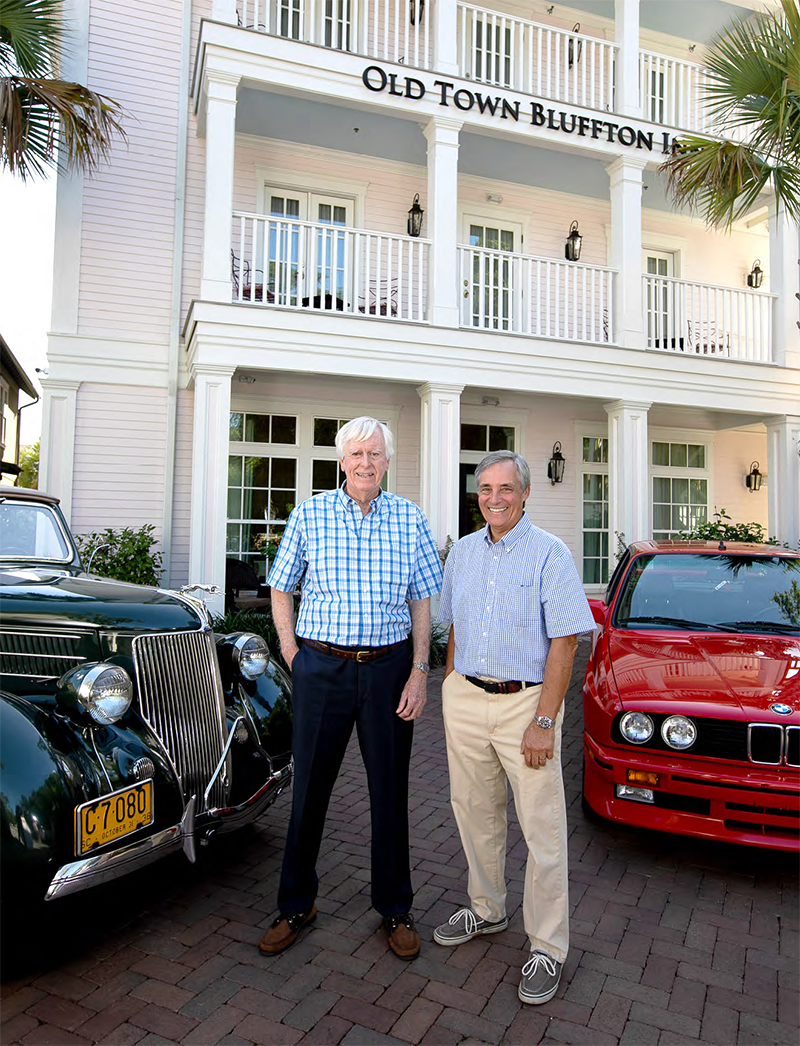 Since he was a boy growing up in New York and spending time at his grandfather’s service station, Capossela has had a love for automobiles.

He was fortunate to turn his passion into a 35-year career in the automotive industry. As an executive at BMW of North America, Capossela was instrumental in introducing one of three charter sponsors to Hilton Head Island’s Concours event. Later, when he retired to the island, he rolled up his sleeves and went all-in as a volunteer organizer of the event, serving as chairman of the board for several years.

And even in retirement, his close relationship with BMW continues. Classic BMWs are challenging to obtain, as few of each model were made, especially in comparison to its major competitors. Capossela currently has a 1971 3.0 CSi, a 1968 1600 Cabriolet, and a striking red 1990 BMW M3 he bought a few months ago. He loves them because “they do everything very, very well. They’re built to run well on the German Autobahn at speeds well over 100 mph. You have to have really good brakes, suspension and acceleration to do that. It’s not even sweating when you drive it hard.”

Craig has three classic cars, including a rare 1936 Ford Cabriolet that he and his wife, Brenda, drive around Hilton Head Island and beyond. Sold for $765 new, the roadster was a luxury car, boasting a cigar lighter and a rumble seat — “getting in and out of it is a challenge,” Craig said, “but once you’re in it, it’s cool.”

Craig bought the Cabriolet — which spent a few years in the Volo Auto Museum in Illinois—from Capossela. “I got her from Honest Phil’s Severely Abused Used Cars,” Craig quipped.

Like Capossela, Craig developed a love for cars at an early age. He worked on farm vehicles and old Army Jeeps when he was a kid in Greenwich, Connecticut, and “hot-rodding” old cars.

“My dad was interested in cars. We were always playing with them,” he said.

When he became a full-time Hilton Head resident after retiring as the president of a multi-national chemical company, Craig brought his love of style, speed and competition to help develop the motoring festival.

He founded the Savannah Speed Classic — one of the festival’s most popular events — and spearheaded moving it from Roebling Road in Bloomingdale, Georgia, to the spectacular Grand Prize of America road course situated on the river between Savannah’s famed River Street and Hutchinson Island.

It’s hard to get them to stop joking around long enough to describe their involvement over the years, but both Craig and Capossela deserve thanks for the organization, sponsorships, location, volunteer base, charitable mission and, most importantly, elite-level cars and judges at the Hilton Head Island Concours d’Elegance & Motoring Festival. 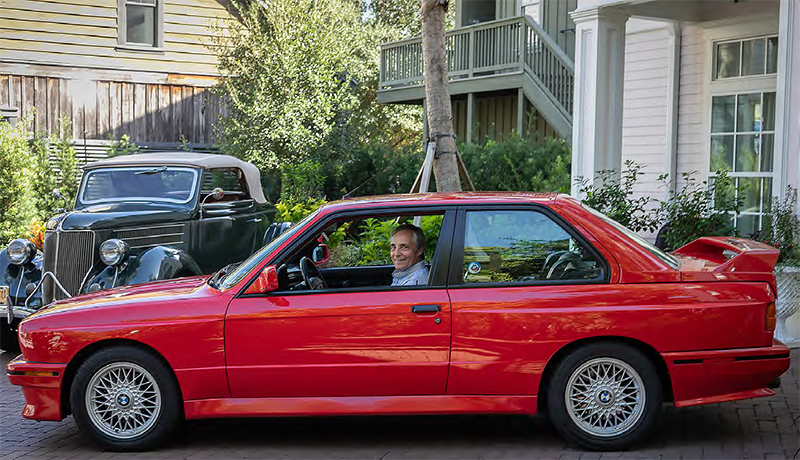 What: Hilton Head Motoring Festival Driving Tour
When: 11 a.m. Nov. 1
Where: Departs from Dubois Park in Bluffton and ends at Palmetto Bluff
How to see them: In addition to watching the cars wind their way through the streets, the public can check them out at Dubois Park on the morning of the tour.