In a pinch, he turned to his father-in-law, Charles Mistele, who had mentioned the overlap between classic car owners and enthusiasts and antique boat aficionados.

“Hilton Head is surrounded by water, and everything is water-oriented in the Lowcountry,” Mistele recalls telling his son-in-law. “A lot of other concours events have antique boats, and a lot of antique boat shows have classic cars.”

With time running out before the event, Tarleton asked Mistele to showcase his own boat — the Miss America IX — at Concours, but his father-in-law did one better. He reached out to some of his fellow members of the Blue Ridge Chapter of the Antique and Classic Boat Society, and the annual event’s inaugural boat show featured six classic watercrafts. Since then, the show has grown, with about 20 boats on display last year and a similar number expected this year. 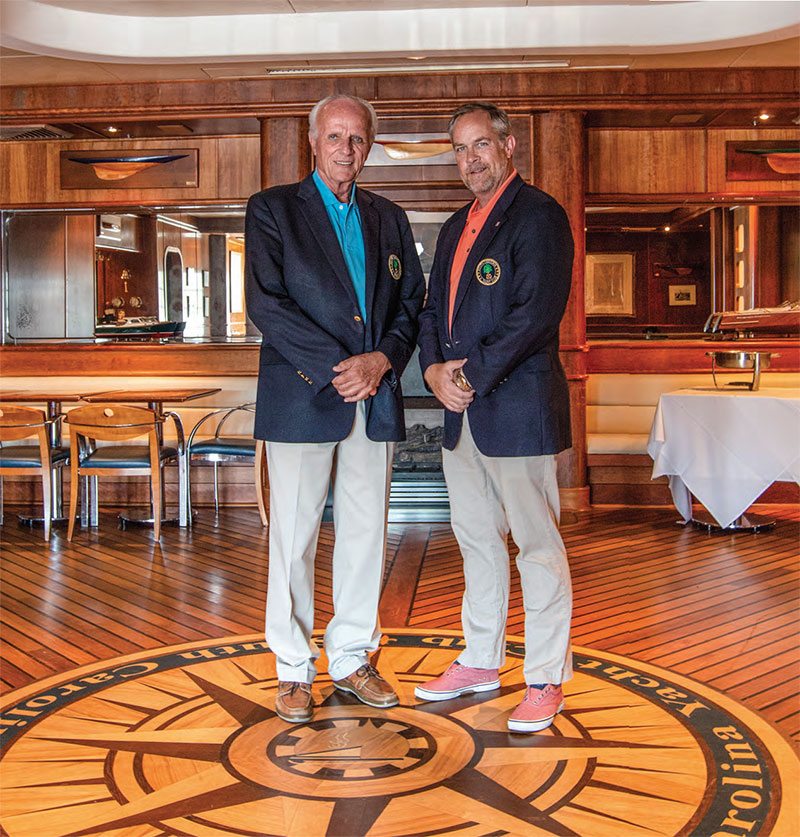 Many of the same owners come back year after year, but they often bring different boats, eager to show off their prized possessions.

“A lot of these guys will find these boats that are pretty much in disrepair and not usable at all, and they restore them,” Tarleton says. “This is their passion. This is what they all love to do.”

That was the case for Mistele’s marvel. The Gar Wood Miss America IX — the first boat to ever top 100 mph back in 1931 — was sitting in a barn in Michigan in terrible shape when Mistele stumbled upon it and told the owner he would be waiting if it were ever for sale. Two years later it was his, and the restoration began.

That was 48 years ago, and now vessel is a favorite at boat shows around the country and the highlight of the annual show on Hilton Head.

The Miss America IX is unique in that there are only five remaining boats that competed in the Harmsworth Cup, an international competition for motorboats, during what Mistele calls the “golden age” from 1920-33. The other four sit in museums, but Mistele frequently puts his in the water.

“These boats, like the cars that race in NASCAR, were only made to last for two seasons,” Mistele says, “and then because of technology changing and new designs, they tossed them away for something new.”

Mistele isn’t about to cast aside the Miss America IX, but he is very protective of her these days.

The boat show at the Hilton Head Concours event has become a special one for Mistele and Tarleton, bridging generations of their family — Tarleton’s 16-year-old son helps them set up the display — and bringing Mistele’s family and his passion closer together. The Misteles sponsor a dinner each year for the antique boat owners who are participating in the show, providing a great opportunity for camaraderie around a shared love.

“We don’t really own this stuff,” Mistele says. “We’re just custodians, passing it along to the next generation. Every one of these boats has a history.”