PINNACLE COLLECTORS PETER AND MERLE MULLIN’S CARS HEARKEN BACK TO AN ARTISTIC ERA WHEN FRANCE WAS THE TOP OF THE AUTOMOTIVE WORLD.

It was 37 years ago, but Peter Mullin can still tell you everything about the moment his love of art deco cars began. Mullin’s Paul Williams-designed home in Oxnard, California, had made the perfect backdrop for a friend’s photoshoot centered around classic cars, and when Mullin saw the 1948 Delahaye 135MS, it sparked an admiration for France’s pre-war fame for automotive elegance.

“It was the most gorgeous thing I’d ever seen. But I didn’t know anything about French cars,” he said. “I’d never heard the name Delahaye. I didn’t even know how to pronounce.”

He proved to be a quick study, diving into a chapter of automotive history that is often glossed over, a time when France was a powerhouse of automotive design and performance. Led by names like Bugati — which, despite the Italian name, is French — Delage and Delahaye, French cars didn’t just win races. They won them in style.

“They were really like rolling sculptures. While on the one hand it’s a piece of art, on the other hand when you look at the performance and the engineering, they beat most cars on the road today,” he said.

His devotion to the lost art form of art deco automobiles spread beyond his own garage to the creation of the Mullin Automotive Museum.  Concentrating on the vehicles of the pre-war era, the California museum is a celebration of the role these cars played in the spread of an artistic aesthetic that transformed everything from architecture to household appliances.

“When the art deco movement kicked off at the 1925 Exhibition des Arts, cars were at the centerpiece,” Mullin said. The exhibits on display at the museum show the influence this movement had on everything — furniture, art, sculpture, household appliances — and revel in the gloriously sleek automobiles produced during this period. 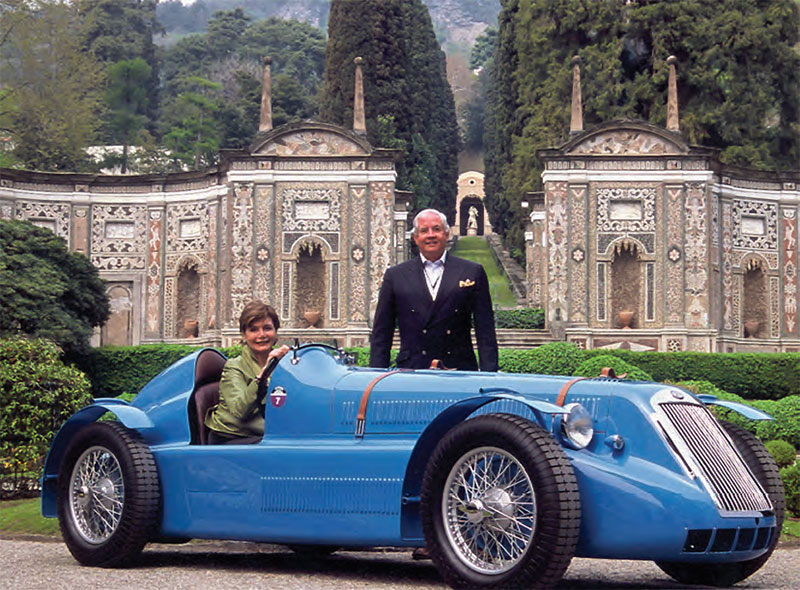 “Every one of them has a story,” he said. “Cars are great, but the stories behind them are even better.”

Start with the 1939 Delahaye Type 165 Cabriolet, one of only two ever made. His car was once known as the “long lost V12 Delahaye” until Mullin found it in the back of a tow truck operator’s shop. “It had been shipped over to display at the World’s Fair … and then war broke out and there was an argument over who owned it. U.S. Customs seized and held it until the war was over,” Mullin said.

Then there’s the 1937 Talbot-Lago T150-C-Ss “Goutte D’ Eau,” a car that Mullin calls “the most beautiful automobile ever created,” which is truly saying something. Beyond its blistering teardrop style and pedigree as a “Best of the Best” winner, this car’s story is equally enchanting. 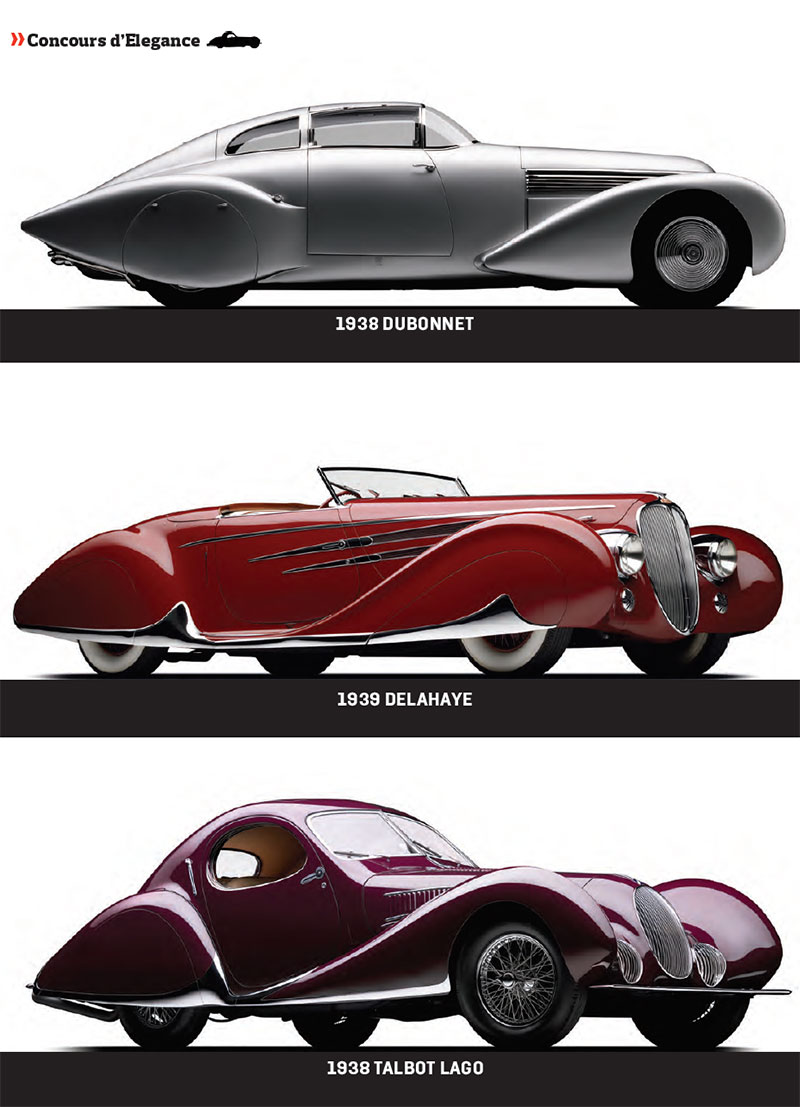 Once owned by “Bentley Boy” ringleader Woolf Barnato, this car eventually landed in the hands of playboy Freddy McEvoy. “He made a bet with Barbara Hutton that he could drive it from Paris to Cannes in less than 10 hours,” said Mullin. “The bet was for $10,000, which was a lot of money in those days. I don’t know how he was going to pay her off if he didn’t make it.” McEvoy didn’t have to find out, making the trip over the Pyrenees and the Alps in 9 hours and 45 minutes.

And then there’s the 1938 Dubonnet Hispano-Suiza H6B, nicknamed “Xenia,” a moniker that would put the car in hiding for several years. Original owner Andre Dubonnet named it after his first wife, something that didn’t sit too well with his second wife. “She told him to get rid of it, so he just hid it,” Mullin said. “It wasn’t seen again until 1946, just after the war. It was the car that led the French through the St. Cloud Tunnel when the French were freed after the war.”

Each of these cars dazzle as an example of automotive artistry that once changed how we look at cars. Each has raked in accolades at Concours the world over. And each has a story to tell.