Sun, sand, surf: There’s plenty to love about a day at the beach. But maybe you’re looking to make your next visit to the shore a little more fun. We’ve got you covered with a few game ideas the whole family will love.

Playing in the Sand

HAVE A BLAST ON THE BEACH 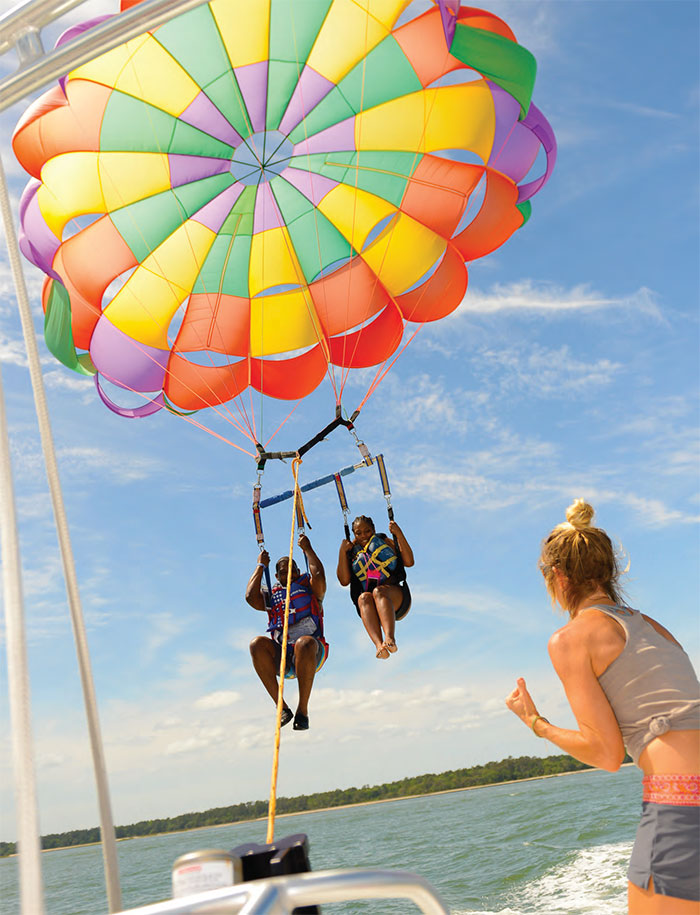 Some of summer’s many aquatic activities are demanding — they require stamina, agility and an innate sense of balance. Parasailing, on the other hand, only requires a sense of adventure. From the lofty heights of your sail — which is tethered to a speedboat speeding along the water — you can take in a bird’s-eye view of the island scenery. Island Head Watersports takes riders out from a north-end dock off Jenkins Road for $79 a person. 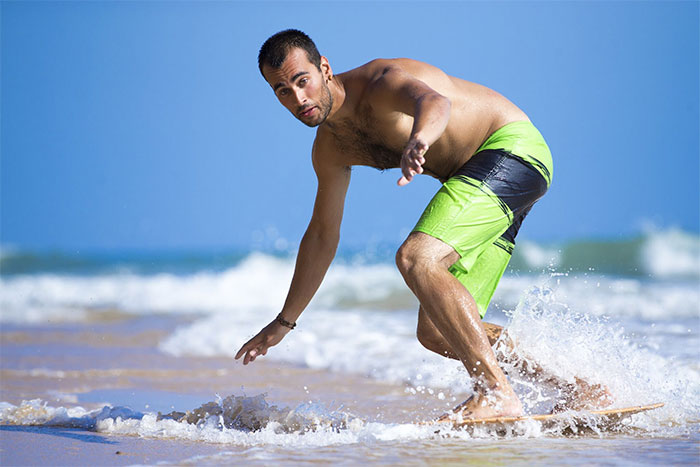 OK, now that we’ve badmouthed skimboarding, it’s time to come clean: We’re really just jealous. Our attempts at skimboarding more often than not have resulted in an awkward tangle of arms and legs as our board hits a snag, while those with a bit more natural grace make it look easy. Simply grab a thin wooden board, aim it at that thin film of water that follows a receding wave, and hydroplane your way to the curl. Sounds easy, right? It’s worth the effort it takes to get good at it, trust us. You can pick up a skimboard at basically any store on the island during the summer for $15 to $20. 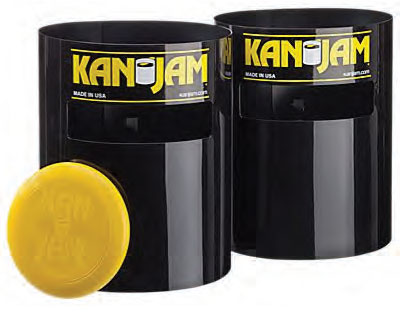 This deceptively simple game is the ultimate team sport for one big reason: You can hold a drink in your hand while you play. (Please note Town of Hilton Head Island beach rules dictate that said drink should be non-alcoholic.) Teams of two stand on opposite sides of the pitch, where two KanJams — barrel-type containers — are placed. One player tries to land a disc inside the container, with his partner knocking it in if necessary. The unpredictable winds of Lowcountry beaches will make for an even more intense game; a KanJam set will run you around $30 to $40. 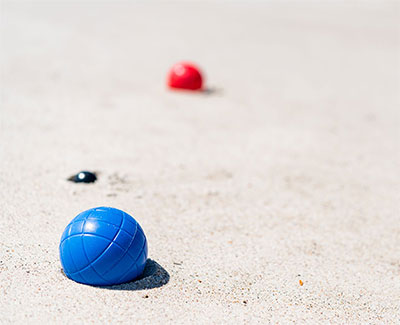 One basic requirement of a good bocce court is a solid, uniform surface. Fortunately, the ocean gives us the perfect conditions twice a day as the tide recedes, leaving behind a sheet of hard-packed sand. A set of bocce balls costs around $25, but the chance to play the classic game in a beautiful oceanfront setting is worth every penny. Just don’t be surprised if you draw a crowd of older gentlemen ready to show you a thing or two. 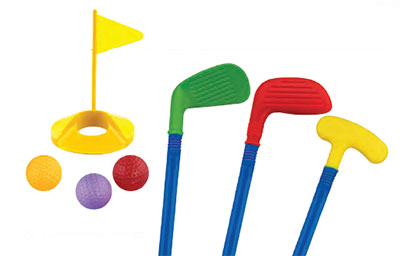 Usually, golfers try to avoid the sand. But in this case, it’s the perfect medium to craft your own challenging mini-golf course. Players can each design their own holes, digging out bunkers and setting up pin locations, and then challenge their friends to see who can get the lowest score while trying their own hand at everyone else’s creations. Obviously, you don’t want to bring your new Scotty Cameron putter onto the beach, so make do with a plastic set from the nearest shop. It will only add to the challenge. 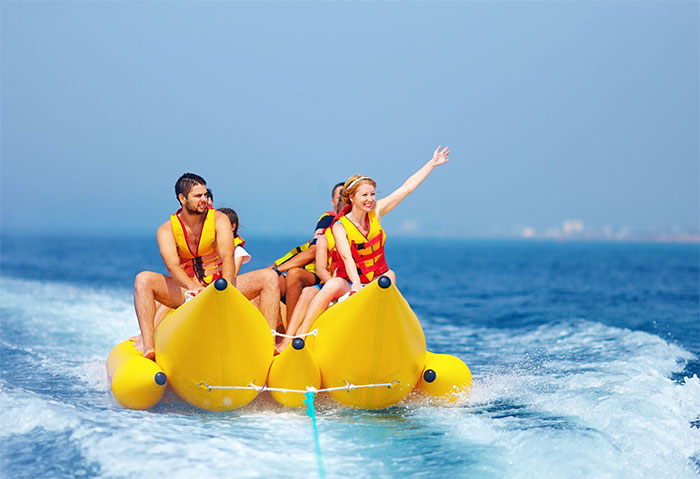 Those seeking a way to get the whole family out for a wet and wild time on the waves would do well to do as the ad says and get on the banana boat. Towed behind either a personal watercraft or a boat, this inflatable craft can hold up to six people, with some models offering a side-by-side ride for the whole gang. And with most tours going out along beautiful Calibogue Sound, you’ll get a unique perspective of our area waterways and a high-velocity ride you won’t forget. Talk about a summer activity with a-peel (and we make no apologies for the pun). 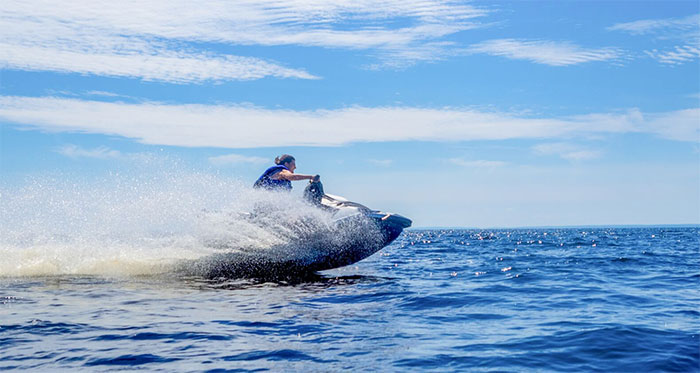 The late, great Bill Hicks once said, “Money can't buy happiness, but it can buy a Jet Ski. And you never see an unhappy person riding a Jet Ski.” It’s a valid point. Even if you don’t have money for your own personal watercraft rattling around in your pocket, you can still rent one at dozens of places around the island. Sitting, standing, alone or with a passenger, there is no more exhilarating way to take to the waves than from behind the handlebars of one of these motorcycles of the sea.