The Grand Cru’s polished teak gleams in the fall sunlight, and a gentle breeze stirs the American flag mounted on her stern. Once aboard, comfortable seating invites relaxation, with every comfort of home tucked into the cherry-paneled cabin. Sitting on this boat, built and furnished with meticulous attention to detail, the Lowcountry waterways look even more inviting — if that’s possible.

The yacht, owned by Jim McWilliams, isn’t the largest or most commanding boat in Windmill Harbour, but even from shore this Hinckley Picnic Boat 34 stands out for its classic appeal and charm. But look beyond its vessels’ glistening varnish and you’ll discover that Hinckley Yachts, based in Maine, has a lot more to offer than good looks. 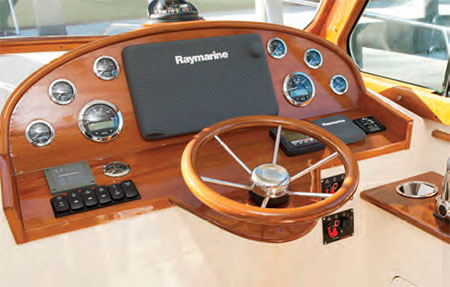 Over the years, Hinckley’s yachts have become American icons. Founded in 1928 when Benjamin Hinckley bought a boatyard in Maine, the company was taken over by his son, Henry Hinckley, in 1932 and built its first boat, a 36-foot motorboat, in 1933. Hinckley built war boats during World War II and was later known for its sailboats before returning to powerboats in the mid-1990s. By then, the company had been sold and rebought by the Hinckley family, and, according to an essay in Soundings Magazine by Shep McKenney, who co-owned Hinckley at the time, seen a shift toward customers more interested in day boating.

Inspired by the way Maine’s lobster boats sat low in the water, gliding through it with ease, McKenney and partner Bob Hinckley released the first Picnic Boat in 1994. It quickly became the brand’s most popular model. The day boat is comfortable and sleeps two people with full amenities, and has a twin jet-propulsion engine, so there’s no propeller to scrape in shallow water or snag on underwater debris. And a unique stick steering mechanism makes the Picnic Boat ultra-maneuverable even in tight places. It became an instant classic, maintaining the high standard of craftsmanship Hinckley is known for. 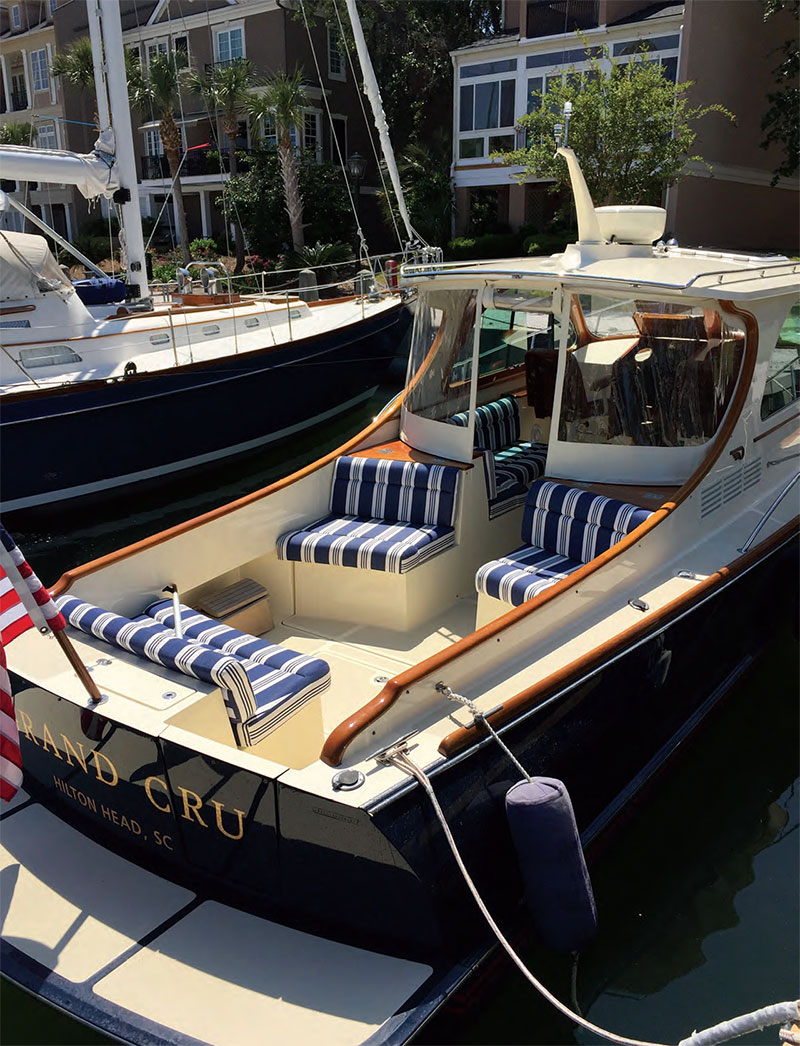 Each Hinckley is a custom order, built by hand at one of the company’s boatyards. The company builds about 50 boats a year. In July, a Hinckley Picnic Boat 34, named the Freedom III, was featured in the Made in America display at the White House.

The company’s dedication to quality and design attracted McWilliams, who splits his time between Atlanta and Windmill Harbor. His Grand Cru was delivered in January, and he and his wife, Carole, use it for day trips to Savannah, weekends away in Charleston, and entertaining their grandchildren. They also enjoy having evening cocktails on the boat and taking midday jaunts to Bluffton for lunch. 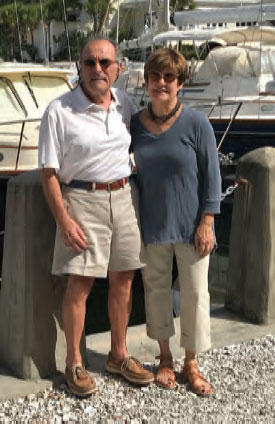 “If it’s not in the slip,” McWilliams said, “we’re probably headed down the river out to Palmetto Bluff.”

Before the Hinckley, McWilliams owned a large yacht that slept up to five people. He’s had boats since 1994 and has sailed as far south as Florida and north to the Chesapeake. McWilliams liked the Picnic Boat 34 because it was safe, easy to handle, sturdy and, of course, good-looking. He relies on Italian Boat Care to keep it in perfect condition and ready for him to use when he comes into town.

“Enrico is the go-to person on Hilton Head Island for yacht owners that are looking for professional care,” he said.

Enrico is Enrico Terramoccia, owner of Italian Boat Care. He manages all the maintenance on McWilliams’ Grand Cru as well as many other Hinckleys and luxury boats on Hilton Head. He’s lived in the Lowcountry for more that 20 years, but he brought his love of boating, and wooden boats in particular, from his home in Italy. Terramoccia grew up with his four brothers in Porto Santo Stefano in Tuscany, a small town famous for wooden boat construction and restoration. Terramoccia was 14 when he started working on wooden sailboats. He raced, toured and even worked as captain on the Gucci family’s sailboat. Now he provides a range of services for clients, depending on their needs, including woodwork maintenance and mechanical repairs. Some boats require 360-degree attention, he said, with wooden boats in particular needing special care.

“My clients get to use the boat without the inconveniences of owning the boat,” Terramoccia said. 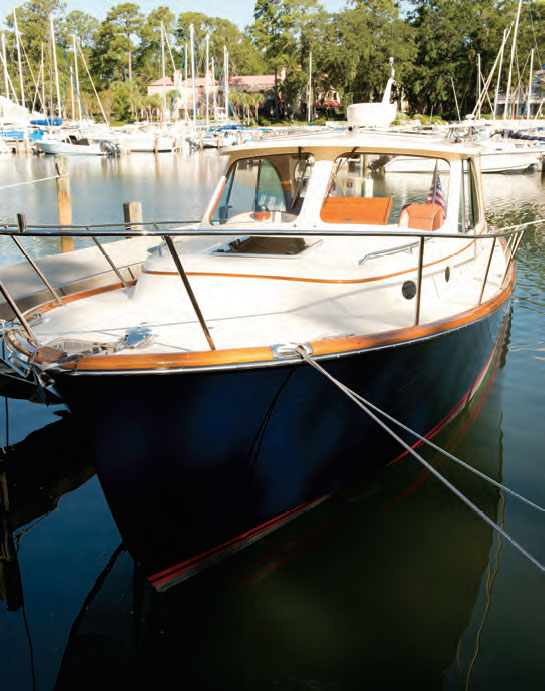