George Amonitti, a retired doctor who worked with Volunteers in Medicine, leads seminars on healthy aging and knows what it’s like to care for an elderly parent. His mother, who lived to be 97, had just one request when she became too feeble to live alone:  She did not want to be in a nursing home.

So the dutiful son moved her into his Hilton Head Island home — until the second time she left food on the stove and fell asleep while he was at work, leading to a  visit from the local fire department.

“She resisted the nursing home for years and years and years,” says Amonitti, an active 85-year-old who exercises six times a week. “Finally, after the fire company came over a couple times, she agreed.”

Independence is a matter of pride at any age. From the moment we triumphantly take our first steps and the day we dash out the door with car keys for that first solo drive, doing things on our own gives us a sense of control and accomplishment that’s hard to match — and even harder to let go of. 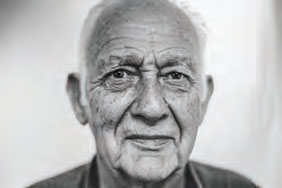 But we live in an aging America. There were 47.8 million Americans older than the age of 65 in July 2015, and that number is expected to spike to 98.2 million by 2060, according to the U.S. Census Bureau. And while we are living longer than ever before, we can’t all live independently for as long as we’d like.

Caring for aging parents or other older loved ones means respecting their wishes and keeping them safe. A rare fall or occasional memory lapse might not be cause for alarm, but certain patterns are.

Experts with AARP, a national nonprofit group dedicated to quality of life for people 50 and older, suggest several ways for concerned caregivers to assess their loved ones for signs that it’s time to move them from independent living to an environment with more assistance available:

Amonitti advises caregivers to make sure their elderly loved ones are being seen regularly by a geriatric doctor and by an ophthalmologist who can assess and address any potential problems with an air of authority. “That way, they’re hearing it from a physician rather than the children,” he says. “It fortifies what their children have been saying or suggesting.”

And keeping them active and their environments safe are also critical. Encouraging them to take daily walks, practice yoga or enjoy time in a pool, which is easier on joints, will keep circulation flowing and help to maintain mental and physical health. And adding assistance bars to the bathroom, a seat in the bathtub, taping down area rugs and addressing other tripping hazards can also help to extend an older person’s independence.