The revolution of development. POPULATION BOOM BRINGS CHANGES OF ALL TYPES

There is no easy way to sum up the changes this region has experienced since 1985, the first year of Hilton Head Monthly’s predecessor, the Property Owners Report.

Consider the differences between 1985 and today. 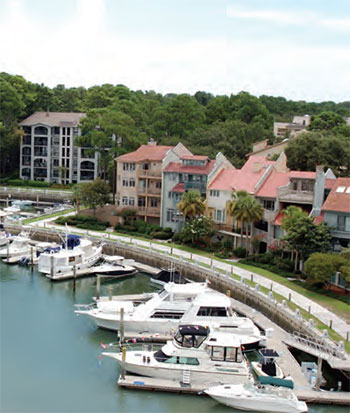 In 1985, development on Hilton Head Island was in full throttle, about 25 years into the island transformation started by Charles Fraser.

Sea Pines Resort was under new ownership and a host of other gated communities dotted the island. The island’s three primary resort hotels, the Hyatt, Westin and Marriott, were already built, and more than 500,000 visitors streamed onto the island.

It’s hard to imagine that only two years earlier, the Town of Hilton Head Island was incorporated and the swing bridge over Harbor River was replaced by a four-lane span.

The town passed its first comprehensive plan in 1985 and was preparing its LMO, the Land Management Ordinance that would lay out stringent guidelines for buildings, roads and land use to ensure they preserved trees and natural habitat.

By 1985, native islanders comprised less than 13 percent of 17,622 full-time residents on an island they once had mostly to themselves. 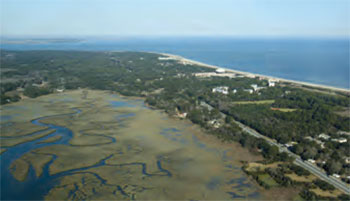 The mid-1980s also was noteworthy as the last time development would be concentrated on Hilton Head Island.

It was then that development surged across the bridges onto the mainland with the opening of Moss Creek, then marched up Fording Island Road with the completion of gated communities like Rose Hill, Colleton River and Belfair.

Meanwhile, development had not yet touched the rest of Bluffton, described in a travel publication as a “sleepy little fishing village."

In 1985, Bluffton was a single square mile with fewer than 750 residents. If Bluffton residents needed something beyond the bare essentials, they drove to Hilton Head Island or Beaufort.

But Bluffton’s small-town existence was about to be short-lived. 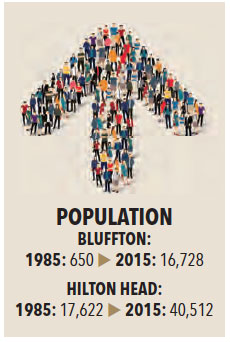 Starting in 1987, Bluffton began annexing surrounding plots like Pac-Man, gobbling up huge tracts of former lumber company land in an effort to have a hand in the community it would become.

Today, the town of Bluffton sprawls over 54 square miles, the state’s fifth largest town in size, and home to more than 16,000 people.

And Bluffton isn’t done with its plans for annexation. A recent presentation by town leaders showed its vision for a town of 70,000 people.

Another contrast between then and now was that in 1985, Sun City Hilton Head wasn’t even a thought.

Growth continues on Hilton Head, too, now home to more than 40,000 residents and host to 2.5 million visitors.

Without hyperbole, local historians Lawrence Rowland and Stephen Wise said the change brought by Beaufort County development in the past half-century equals that of war.

“This peaceful revolution from 1950 to 2000 was as thorough and profound as the revolution imposed by the Civil War conquest, occupation and reconstruction of Beaufort County,” they wrote in their third volume of Beaufort County’s history, “Bridging the Sea Island’s Past and Present, 1893-2006.”

Mary Briggs moved to Hilton Head Island 20 years ago as a precursor to retirement. She and her family had lived in Alaska for 20 years and thought about moving south eventually. 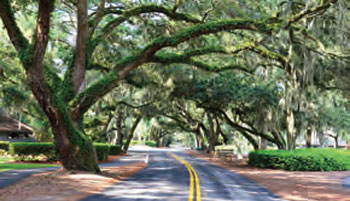 “I was here one summer and interviewed for a school principal position thinking someday we might want to move here. Then I got the job.”

As a resident, she noticed immediately the sharp divide between the “have-a-lots” and the “have-nots.”

Now executive director of the Hilton Head Symphony Orchestra, she thinks that a middle class is starting to fill the divide.

“Today, I think there is a solid sense of a community, a fully developed community,” she said. “Twenty years ago, we were in the development stage. We were in the building phase.”

With more than 40 service organizations on Hilton Head today, she thinks people are more aware of the needs of everyone in the community and are focused on how to address them. 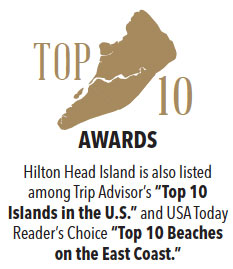 “We have a stronger awareness of the particular needs in our community. There is a much larger middle class now. There is a stronger sense of family here,” she said. “There are people in their 40s and 50s who are working to serve everyone on the island. We have the full gamut of people living here. It isn’t all about the tourists now. There is more quality of life appeal on the intellectual and artist level now.”

She said town government has gone through an evolution, too. “They looked at their role and approach things differently.”

For years, the community was guided by Charles Fraser’s vision for responsible development, “but that can take you only so far,” Briggs said.

She said the area has to look beyond golf, tennis and the beach. “We have to become broader than that. We have more than that as assets.” 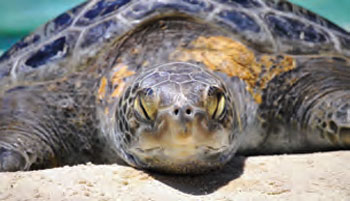 She’s pleased that the community to turning more attention to the area’s rich history and its artistic culture.

Denise Spencer, president and CEO of the Community Foundation of the Lowcountry, also sees the area preparing for its next chapter.

A prime example is the town’s plan to extend sewer and water into low-income areas, finally providing service to all island residents.

“We now have a mayor and Town Council willing to take on the project,” Spencer said.

The foundation already set aside $500,000 to cover hookup costs for lower-income residents. 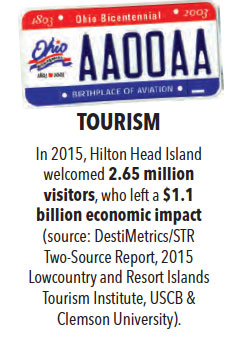 The town has committed $5.8 million this year, and the Public Service District will spend $3.7 million on pump stations, Spencer said.

“People complain about the hassles that come with growth, but most understand that this is essential for the local economy,” Spencer said.

Another positive change for the community is that it’s more inclusive, Spencer said.

“The Gullah community is being promoted and protected and we’re doing a better job of welcoming the growing Latino community."

She noted that a “One Island, One Community” event July 4 sponsored by two area churches, one white, one native islander, drew 1,500 people this year.

Emory Campbell, former director of the Penn Center, grew up on Hilton Head Island. He refers to native islanders as Gullah people, descendants of enslaved Africans whose culture remains in parts of the Lowcountry.

He remembers Hilton Head when it had 1,000 residents, and 95 percent of them were Gullah. 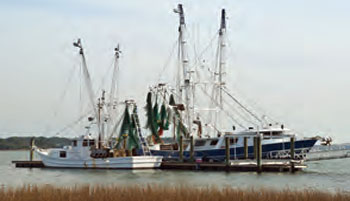 “It’s been hard to keep up with the changes. Most Gullah people are trying to adjust to what is coming in. They have to recognize that the change is good,” Campbell said. “Newcomers think change isn’t coming fast enough and Gullah people think it’s going too fast.

“The burden is on the planners. They have to be equipped sociologically. You have to consider everyone, including those who aren’t well educated. In cities, they call it gentrification."”

Campbell said native islanders knew about agriculture and fishing, but struggle to understand where they fit in an economy based on real estate and tourism.

“Gullah people don’t have those skills," he said.

Campbell said young native islanders go off to college and end up moving to Atlanta or Charlotte.

“They’re pushed to another part of the world as their homesteads are developed. We have a ways to go. We’re still learning how to include everyone.”

Those who have experienced the area’s dramatic growth view it through that lens, comparing what was with what’s now. 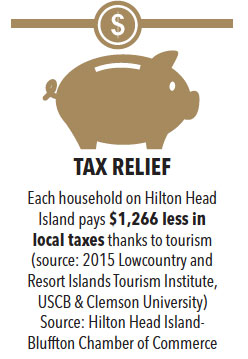 But those just arriving view Hilton Head differently without having been buffeted by the constant change.

“I had never been to Hilton Head before December, and my husband and I moved here in February,” she said.

Taylor said she knew immediately that this was home.

Taylor opened her boutique, Birdie James, in Shelter Cove Towne Centre and is “living her dream.”

“The rest of my family is still in St. Louis, and I was one of the first in the family to go to college. That’s where ‘Birdie’ comes from in the shop’s name — I flew the coop.”

Taylor moved from Amelia Island, where she began her transition from her work as a mental health professional to an entrepreneur. By asking around, she heard about Hilton Head Island and decided to check it out. 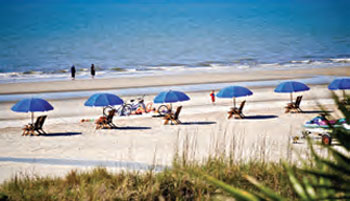 “It’s younger here. There is a young, entrepreneurial spirit. There’s a great network for us.”

Taylor said Hilton Head is a great place to try something new.

“It’s the vibe, the energy,” she said. “I’m from St. Louis, so I don’t know a stranger. It’s the same here. People have been so welcoming.”

So as it was in the beginning, Hilton Head’s appeal is its people. Some things don’t change after all.

Since 1990, Beaufort County residents have approved $500 million in bonds to build four high schools, six middle schools and 12 elementary schools, most of them south of the Broad River.