Looking for something good to read? Pick up a book by a local author. Here are a few titles worth checking out. 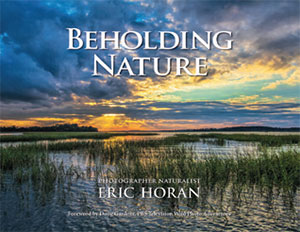 “Beholding Nature” by Eric Horan
“Beholding Nature, by award-winning photographer and master naturalist Eric Horan, presents the immense scope of Horan’s ability to patiently and stealthily use his camera to capture photos of the wildlife that most of us hope to see in nature. The 13-by-10 large-format coffee table book contains more than 260 images in more than 50 locales encompassing the South Carolina Lowcountry and ranges from the ACE Basin to the Rachel Carson Preserve in North Carolina, and from the Savannah National Wildlife Refuge in Georgia to the Audubon Corkscrew Swamp in Florida. The book is available online at www.starbooks.biz and at select local retailers. 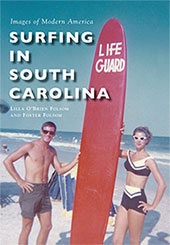 “Surfing in South Carolina” by Lilla O’Brien Folsom and Foster Folsom
For centuries, the ocean waters of the Atlantic have impacted the daily lives of those on the South Carolina coast. Beginning in the 1960s, those waves caught the imagination of young beachgoers who studied magazines and Super 8 films and refined their moves on rent-a-floats until the first surfboards became available in the area. The buildup to the Vietnam War brought GIs and their families from the West Coast and Hawaii to South Carolina, and their surfboards came along with them. Unbeknownst to each other, local surfers concentrated in the beach and military base areas of Beaufort/Hilton Head, Charleston and Pawley’s Island/Grand Strand began to conquer nearby surf breaks. When contests finally brought these groups together, a statewide sport was born. 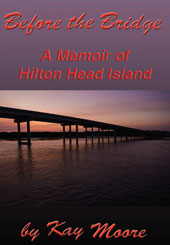 “Before the Bridge” by Kay Moore
By writing this book, Moore hoped to give readers some feeling of what Hilton Head Island was like before and after the bridge was built. She was encouraged by friends who listened to the stories her mother would entertain them with when Hilton Head was inhabited mostly by blacks. Hilton Head at that time was truly an island paradise with beautiful virgin forest, environmentally pristine marshes, miles of uninhabited beach and one dirt road. This was the island she knew as a teenager in 1951. This book is a history of Hilton Head as she watched it develop into what we see today. 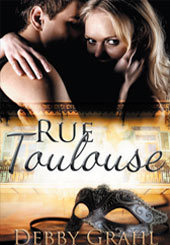 “Rue Toulouse” by Debby Grahl
It’s Mardi Gras time in New Orleans. Attending a masquerade ball, wealthy fashion designer Caterine Doucette, dressed as a shimmering ice princess, has her cool façade shattered when she encounters Bayou-born ex-cop Remi Michaud, disguised as the darkly handsome pirate Jean Lafi tte. Their true identities hidden, the princess and the pirate come together in an explosion of passion and desire. But when fantasy turns to cold reality, Caterine panics and disappears into the night, unaware this man will soon be sent to rescue her from a killer and will capture her heart. Visually impaired from childhood by retinitis pigmentosa, Hilton Head author Debby Grahl uses screen-reading software to research and write her books. 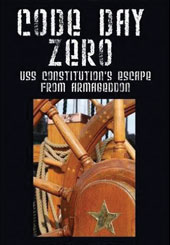 “Code Day Zero: USS Constitution’s Escape from Armageddon” by Alan Ables
This is defi nitely a high-intensity action-adventure. It’s based on events and the espionage leading to the War of 1812. But the action begins in present-day Boston. The USS Constitution is caught up in feverish and — all acknowledge — most likely futile plans to survive an impending nuclear war. In a totally symbolic gesture, the president orders America’s oldest continuously-commissioned warship to escape and return with the romantic hope that somehow Old Ironsides could inspire a postapocalyptic America. The action takes off from there. Lowcountry author Alan Ables is a retired Navy offi cer and served in the Pentagon and at other major Navy commands in the continental United States.