Getting the most out of your golden years. 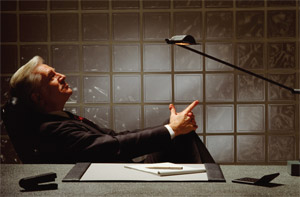 So you have successfully navigated through several of  life’s challenges in education, marriage, parenting and your career, and now you have the opportunity to excel in a well-earned, uh, retirement?

That last word seems to mean different things to different people. Perhaps it means leisure, recreation, travel, reading, family visits, etc. Maybe it includes volunteering and humanitarian activities. But if it excludes doing any form of part-time, income-producing work, you should stop reading right here and enjoy yourselves.

On the other hand, if you believe that you still have the desire, the energy, and the interest in using your hard-won knowledge and skills productively, there is an opportunity out there just waiting to be discovered. To borrow and modify a phrase from an inspirational preacher and author, “There is no shortage of opportunity; there is only a shortage of ideas.”

David Corbett, in his groundbreaking new book entitled Portfolio Life: The New Path to Work, Purpose and Passion After 50, said “there is a whole new life zone between career and complete retirement.” He contineued on, adding that “new forms of paid and unpaid work, pursuits and possibilities, are becoming available.”

Let’s look at some of recent examples, right here in the Hilton Head Island/Bluffton area.

Bill and his wife, both in their mid-60s, moved here a year ago after he had completed a long career on Wall Street as a stockbroker. They are both avid golfers and have played many of the courses in the area. They especially enjoy participating in the charity tournaments. One day on the 19th hole, a playing partner tells them about attending a seminar by the Golf Tournament Association of America (GTAA) on how to develop and manage a golf tournament. The partner said his civic club wanted to do this, but it required a lot of effort and no member had the time to attend to all the details. This gave Bill an idea; he contacted the GTAA, went to their next seminar, and got all the relevant materials and information. He then offered his services to the civic club, reached an agreement, ran a tournament for them, and received a nominal fee from the proceeds, most of which went to charity. Bill and his wife now run three tournaments a year throughout the Carolinas.

Mary, age 60, was a marketing executive in Northern Virginia before moving here with her husband last month. They have been regular visitors for many years, renting a variety of villas throughout the area. She wants to do some part-time work, but doesn’t know what. Browsing through a local book store, Mary finds a number of magazines and a full bay of books on interior decorating, a long-time passion of hers. She thought back to her villa rental days and decided many of them could have used some updating. Using her marketing skills, she approached some rental companies and proposed a plan to offer her interior decorating services to their villa owners. The third agency with which she spoke agreed to an arrangement, and six of their owners have expressed interest in upgrading their properties.

Dick is a 55-year-old widower still working for a major international company and has spent much of his career in their European headquarters. He owns a vacation home on the island and plans eventually to retire here. While he would love to relocate now, he wants to keep working and sees no need here for his expertise in supply chain management. During a recent island vacation he visited the Coastal Discovery Museum and became fascinated with the artifacts and history. Dick took one of their tours and hit upon an idea. Using his European experience, contacts, and his language skills in French, German and Italian, he developed a plan to organize foreign visitors in travel tours to the Lowcountry. He made an offer and reached an agreement with a European travel agency. Dick will accept an early retirement package from the company and start his new mid-life tour business early in 2007.

True stories? No, they are all fictitious, but each has elements of truth, put into composite form for the purpose of illustrating the connection between idea and opportunity. Note also that each example follows Corbett’s subtitle of having both passion and purpose: Bill is passionate about golf; Mary has a passion for decorating; Dick became passionate about the area’s historical attractions. Each situation is also purposeful and represents a clear “win-win” outcome: the “retiree” wins with a part-time income opportunity and the community wins in further economic and societal development.

Many ideas require a degree of entrepreneurship to be turned into opportunity. Corbett noted that, “progress is being made by those acting entre-preneurially between fifty and whenever, who feel too young or energetic to retire...” Those who want to test their own entrepreneurial traits will find a brief screening test in the accompanying article.

How does one get an idea leading to an opportunity, with passion and purpose? Read relevant books and magazines (see sidebar). Talk with local business and civic leaders. Apply for the Chamber’s Leadership program. Consult friends and colleagues who know you well. And finally, follow the mantra that IBM’s Tom Watson spread throughout the business: THINK!