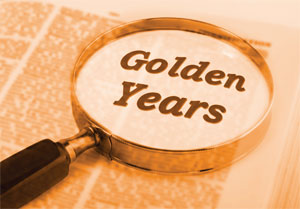 Editor’s Note: Monthly asked local writer and business consultant Jack Wilson (master of the “how not to retire’ philosophy) to provide a multi-faceted perspective regarding retirement. He interviewed a cross-section of locals who asked him to omit their last names.

Picture this: two men sitting casually in an office. The one behind the desk says to the other, “I had planned to step down to spend more time with my family, but my family talked me out of it.” Sure, it’s a funny line from a classic cartoon in Parade magazine, but there is a ring of familiarity to it. Isn’t “spending more time with the family” often stated as a reason for one’s retirement, a subject many of us think about, whether we’re facing it now or at some point in the future? But is retirement really inevitable? Is it the same for us as it was for our parents and grandparents? If not, how has it changed and how might it have changed our own thinking about these “golden years?”

According to business executive and author David Corbett, our views on retirement began to change in the 1990s. In his book, Portfolio Life: The New Path to Work, Purpose and Passion After 50, Corbett stated that retirement “is getting a public makeover” and “Americans are coming to realize that the second half of life can mean a second wind.” He explains how advances in health and medicine have given us an “extended middle age” stretching past what we used to consider the ripe old age of 65. Corbett’s book carries some familiar quotations from William Safire, former New York Times columnist, who wrote in his final column at age 75 that people should be “laying the basis for future activities in the midst of current careers.” Safire goes on to say that “extending the life of the body means nothing unless we also extend the life of the mind.”

Let’s look at how these views might be reflected in the attitudes of people here in the Hilton Head Island-Bluffton area.

First we need to consider some changing demographic phenomena. Has anyone failed to note the proliferation of advertising about retirement in both the print and broadcast media, with such catchphrases as, “Are you in the retirement red zone?” Might these ads have something to do with the presence of 78.2 million “Baby Boomers” approaching retirement age? Much was made, this past October, when the first boomer, born in 1946, applied for social security benefits, a harbinger of things to come. And how about the earlier survey, by a major news magazine, that estimated 43% of the boomers wanted to eventually retire to some place in the Southeast? Might the burgeoning development off-island have something to do with that? Not surprisingly, even the National Association of Home Builders gets into the act with its 50+ Housing Council that holds an annual symposium called “Building for Boomers & Beyond,” featuring such topics as “Designing for the Active Adult” and “A House You Can Grow Old In.”

Yet growing old seems far removed from the mindset of some active people here in the Lowcountry. A sampling of attitudes and perspectives from a variety of adults in the Hilton Head-Bluffton area reveals some interesting thoughts. Among those just touching 60, Reggie is one of the most astute observers of life and attitudinal changes you’ll meet. He often shares this wisdom with the Hilton Head Island-Bluffton Chamber of Commerce’s Leadership Class. Reggie says he never sees himself really retiring, but rather simply “plowing back,” working fewer hours and spending more time in other pursuits. He says don’t be misled by the concept of aging and makes the compelling case that people in their 60s are worth a lot to society because of their life experience. Barbara , also in Reggie’s age range, said, “I couldn’t not work.” After a 30-year career with an airline, she is still active in real estate, Literacy Volunteers of the Lowcountry and ballroom dancing. Barbara sees this stage of life as one where your daily time is your own; her husband Bob calls it “the freedom phase.”

What are the perspectives of a younger generation, say, those in their 20s, such as Emily, Wayne and Peter – all young professionals with bright futures ahead of them? Do they even think about retirement? Yes, but maybe not in the way you would imagine. Emily sees the concept changing and evolving into something more enlightened; a chance to love what you do, with involvement in new things such as teaching, consulting and charities; a time to eat healthier and play tennis. Wayne adds golf and staying mentally active to that list. He believes retirement should not connote inactivity, but rather represent an opportunity for him to do something, such as become the executive director of a foundation. Peter has a situation perhaps common to others in the area, as his retiring parents moved here several months ago. He finds himself looking at retirement through the prism of his parents’ experience with their new lifestyles, while helping them find their place in the community.

Dick , in his late 50s, says he didn’t really think about retirement until about three years ago. As people are living longer, he sees them as having more personal responsibility for their health and welfare. Like Barbara, he too never thought about not working, even if only part time, and believes engaging in new learning and possibly going into teaching will become part of his own “portfolio life,” a term that author Corbett prefers to that of retirement. Karen , an early retiree in her 50s, is focused on keeping her mind active “to prevent loss of mental function” and to exercise and eat right. She sees this life stage as an opportunity to reflect and re-evaluate your opinions, ideas and beliefs. To Karen, reflective thinking helps prepare one for the role of being a grandparent – a teacher.

Jim, in his 30s, sees retirement as being different from what it used to be. It represents a transition from one’s profession to becoming more of a resource to the community. Another 30-something, Jayme said retirement means staying busy, being useful and involved with family; it doesn’t mean having no fun, but rather enjoying things, such as her love of travel.

“Something in the future,” is the way Kim , in her mid-40s described retirement, not as a negative word but rather as a time to dedicate oneself to the family. She says it’s a season of stability, service and survival, and that living here makes one more sensitive to the subject, as we are surrounded by both working people and retirees. Also in her forties, Ellen shows her sense of humor when she smiles and tells her husband Mike that they can only afford to retire a year before they pass away. Enjoying life, maintaining a positive attitude, never bored, Ellen says she can’t imagine anyone being depressed by the thought of retirement. She looks forward to it but no more than she does toward the excitement of tomorrow.

Fast forward to a couple in their 70s, long since retired from lengthy business careers. Walter, a former training manager, says retirement for him was a developed “awakening,” to a slower pace and being of service to the community. He volunteers at a medical center and a thrift shop, where he serves as a CB, his own term for annointing himself as a “Certified Bagger.” He also serves a spiritual side with participation in his church men’s group and maintains a relationship with his 13 grandchildren. Dick, who retired after 42 years with an automotive company, also considers interacting with grandchildren a major interest. With wife Judy, Dick is a frequent visitor from the Chicago area and part-time home owner in the Lowcountry, where he maintains his athletic prowess on the area’s golf courses. He says he never really thought about retirement and now sees it as a time to do things for the community, where he has served on a hometown planning commission and has led a local Habitat for Humanity. His advice to those approaching retirement: “Get involved with other things.”

Author, Dave Corbett, also has some advice: start thinking in your 30s; develop and maintain a mindset of well-balanced values; plan ahead; involve your family; and create a whole new, entrepreneurial attitude toward this time of life. His advice is echoed by another author and CEO, Marc Freedman of Civic Ventures, who wrote a commentary on “Making the Golden Years Shine” in Ode magazine. Freedman sees this stage as the perfect opportunity for the Boomer Generation “in living out a distinct and compelling vision of contribution... one built around the ideal of an ‘encore career’.”

So how are we doing, relative to the advice of these author experts on the subject? If there is a common thread in the realities and reflections of our friends and neighbors here, from their 20s to their 70s, it is three-fold: Staying and planning to stay mentally and physically active; Working at something they love and believe in, whether for income or for charity and contributing to the greater good of the community and their fellow citizens. In his commentary, Freedman wrote, “we stand poised to chart a new trajectory – one that will reach its apex of meaning and impact at a juncture when others in past generations were heading for the sidelines.” Regardless of our generational differences here, we appear to be on this new trajectory.

To view a list of area retirement options, as well as assisted living facilities and their amenities, visit hiltonheadmonthly.com