Growing up in Augusta, Georgia, Ginny Lovelace knew her dad loved history and his extensive coin collection, but she didn’t share those interests.

“He would be reading a book about the Civil War or what we called ‘playing’ with his coins, but I didn’t spend much time with my dad. I was concerned about my next date or something like that. We didn’t have a lot in common when I was growing up,” Lovelace said. 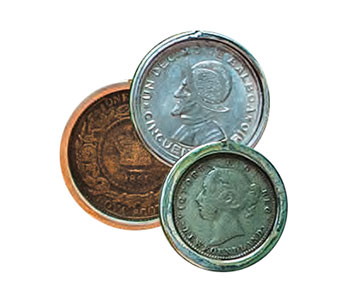 But she did love the necklaces her father, Thomas Pinckney, created from those coins and gave to her at Christmases and her birthdays.

“It wasn’t until I looked at all of the jewelry he had given to me over the years at once that I realized all of the coins he had chosen were of strong, fierce leaders, such as Balboa from Spain, Cuauhtémoc of Mexico and Maria Theresa of Austria. I don’t think even my dad realized the theme,” said Lovelace, who divides her time between Toronto and Hilton Head Island’s North Forest Beach.

Lovelace just launched a coin jewelry company to preserve the coins — and her father’s legacy. She named the company after him: Thomas Pinck Rare Coin Jewelry.

Jewelry is an unexpected turn in Lovelace’s career. She worked in broadcast marketing in Savannah, Atlanta and Nashville. But she also had a place on Hilton Head Island going back to her parents’ second home and then hers. It was on Hilton Head that she met her future husband, a Canadian, while playing golf. She moved to Toronto with him, but was unable to get a permit to work in Canada. She started a marketing firm, but found she didn’t have control of her schedule.

“We would be traveling and I realized all I saw of the places we went to was through a window because I was always working,” Lovelace said. “I had to come up with something else to do.” 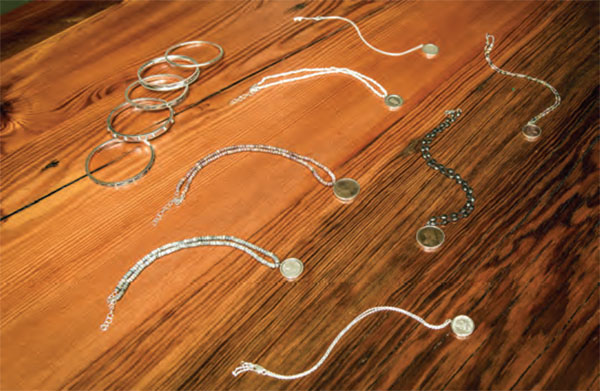 At the same time, her father, now 83, began to wonder what to do with his extensive coin collection. He had started it as a boy and never stopped. It includes coins family friends brought back from around the world after World War II and coins he collected ever since.

“I don’t know anything about jewelry,” Lovelace said. “I don’t even wear a wedding ring. But I loved the coin necklaces. I thought, I’ve been in marketing all my life, maybe I can do something with Daddy’s coins.”

That was just a year ago. 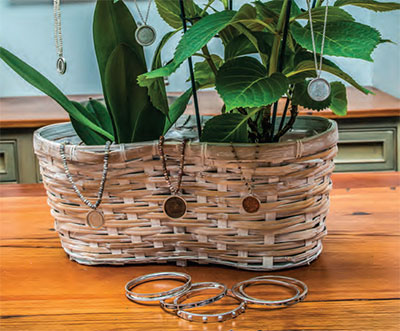 The first collection covers five countries and carries the same theme of strength that Lovelace’s father developed for her.  The necklaces are for sale at Hilton Head’s J Costello Gallery.

“Ginny was a client of mine and she asked if she could show me the jewelry. I didn’t even know she was working on this. I was amazed when I saw them,” said gallery owner Judy Costello. “I love the story of her dad’s coin collection and I love the work. That’s how I choose my artists. I look for a great story and great work.”

Each piece is presented in a leather case designed to resemble an 1800s coin purse. Inside is a card that describes the person on the coin. “We want these to be heirloom pieces,” Lovelace said.

“The story really is my dad,” she said. “He sourced all of the coins. This has been something that has connected us. As I sell the pieces, I’m saving his history. I feel like I’m preserving his work.”