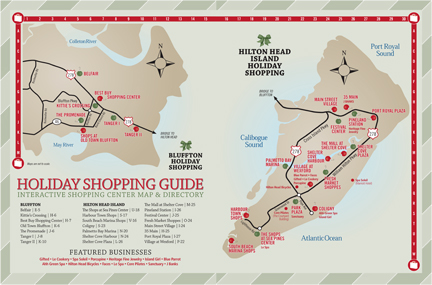 You too can be a localvore.

What is a localvore, you may ask?

Here’s a look at some of the great
reasons to become a locavore:

In this tough economy, practically everyone is cutting back and looking for ways to save money. Buying local can help by keeping money circulating in the local economy.

According to Civic Economics, a Chicago-based economic analysis firm, for every $100 spent in a locally-owned business, $68 stays in the local economy, compared to $43 if spent at a national chain.

The Civic Economics study concludes that “even modest shifts in spending patterns can make a big difference to the local economy.”

“People have less money to spend nowadays, but they have to realize that spending it locally is very important to the community,” said Jamee Haley, executive director of Charleston-based Lowcountry Local First.

“Small local businesses are the largest employers nationally and create two out of every three new jobs,” according to a study on buying local by Michigan State University.

Additionally, small businesses employ more than 52 percent of the nation’s employees. This means that more Americans work for a company with fewer than 100 employees than companies with more than 500 employees.

Small businesses have played a vital role in job creation, adding more than 5.1 million new jobs to the national economy since 2003, according to the study, which concludes that “buying locally means that employment levels are more likely to be stable, and may even create more opportunities for local residents to work in the community.”

“We are constantly hearing about creating jobs,” said Haley. “Buying local and supporting small business is how we’re going to do that.”

The Environment and Your Health

According to the United States Department of Agriculture, consumer products are shipped an average of 1,500 miles before being put on the shelves for purchase.

That translates into a tremendous use of energy in the form of oil and fossil fuels, which translates into pollution. Energy is also consumed with the refrigeration required to keep food from spoiling as it travels, according to  www.buylocalthinkglobal.com.

In addition to energy consumption, industrially-produced foods are also difficult to grow without pesticides, chemical fertilizers, antibiotics and growth hormones, all of which can be damaging to the environment, as well as dangerous to your health.

“Buying local means getting food when it’s fresh and grown without pesticides and other chemicals,” said Kim Viljac, manager of the Bluffton Farmers Market. “There are also fewer hands on the actual food, meaning there’s less chance of it becoming tainted.”

Part of a satisfying shopping or dining experience is good service in places where you’re not seen as a statistic, but rather as an individual and a valued customer. That’s because local businesses often hire people with a better understanding of the products they are selling and they take more time to get to know customers.

“There’s something about local merchants that create a unique environment. They know the community, and it’s a personal experience rather than just an impersonal transaction,” said Charlie Clark, vice president of communications for the Bluffton-Hilton Head Island Chamber of Commerce.

The rapport that is built between small businesses and the customer is often long-standing and the service received is generally better when patrons are familiar with the staff, according to the MSU study.

The bottom line, said Lowcountry Local First’s Haley is that “local businesses give better service because they have the products and experience that caters to the local community.”

Local businesses are also a fundamental part of the unique character of a community.

For instance, local jewelers often create or carry jewelry that shows off the Palmetto tree and crescent moon, our state symbol. Local restaurants often carry fish, shrimp, oysters and other shellfish from local waters, or food made with produce grown by local farmers.

Many of the items grown by local farmers are sold at local Farmers Markets.

Local retailers also carry items with symbols or items that are specific to the area, including works by local artists, items depicted the Harbour Town lighthouse, or local animals, such as loggerhead sea turtles.

“These retailers have products that reflect the area,” said the chamber’s Clark. “Shopping locally is a way to have a unique shopping experience in a world where you can get anything you want you on the Internet. Here, you can touch, it, feel it. There are not only hundreds and hundreds of shops here, there is just something to be said for finding the perfect item. That’s not possible with the Internet.”

Jill Briggs, executive vice president of the United Way of the Lowcountry, said their partner agencies depend on small, local businesses and their donations to local charities.

“It’s a really difficult time right now economically,” she said. “Our partner agencies are having a really hard time finding ways to serve people in this local community. There have been local, state and federal cutbacks, cutbacks in grants. So the struggle is real.”

She added that when local businesses are prospering, local charities benefit.

The United Way of the Lowcountry is currently putting together a program where people can make a purchase from a local business and that business will then make a contribution to the United Way. The United Way will post the names of the businesses that participate on its Facebook page.

“This program will not only be great for the local businesses, but also for our partner agencies,” said Briggs. “By buying local, one person can make an enormous difference in our community.”