SECONDHAND NOW CHIC AROUND THE LOWCOUNTRY 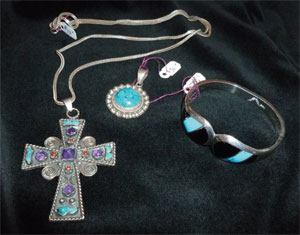 The Great Recession era has been generally awful for housing values and job prospects but has resulted in a boon for secondhand stores across the country. According to the National Association of Resale Professionals, the number of resale stores increased seven percent in each of the past two years. Much of the recent growth can be attributed to young shoppers, many of whom are passing on trips to the mall in favor of thrift stores. About 20 percent of people shop in thrift stores regularly, compared with about 14 percent in 2011.

At some point during the recession and its lingering aftermath, Gen Y, the youth demographic burdened with huge student loans and an awful job market, realized that perhaps paying $30 for a new T-shirt was unwise. It certainly was not sustainable. Young shoppers may have first turned to thrift stores out of necessity or desperation, but by now, they’re more likely to view secondhand shopping as sensible — even cool.

Secondhand finds suit young consumers who want to stand out and make a statement. People today take pride in being individual and unique, in setting trends versus following them. With so much sameness at traditional retailers, one way to achieve this kind of originality is by buying retro and vintage items that are no longer in production.

The quality of merchandise found at secondhand stores has also improved. Shoppers today, it seems, are reaping the benefits of years of overconsumption. The donations delivered to thrift stores often come directly from the overstuffed closets of the rich, or at least people who once shopped like they were rich — and who barely wore the clothes before passing them on to the secondhand market.

A thrift store is only as good as the people who supply it, and as luck would have it the well-to-do on Hilton Head and Bluffton have plenty of fancy stuff they are constantly getting rid of. Shopping the area’s secondhand stores requires some foraging skills, but the bounty of castoffs is well worth it.

WHAT’S THE DIFFERENCE?
Thrift and charity stores sell used clothing and items that were donated by individuals. Depending on the individual store, profits from the sales that go directly to charity vary, but all sales contribute in some way monetarily to the charity who owns the thrift.

Consignment shops are places where individuals can sell their used clothing through a dealer. The shop, as the dealer, takes a percentage of the profit for each item sold. If items do not sell during the period they are on the sales floor, they are returned to the owner with no compensation. 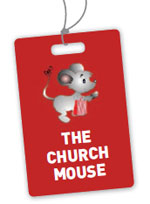 Here are just a few treasures you will find at local thrift and consignment shops.

THE CHURCH MOUSE
These three beautiful pieces of vintage jewelry are all sterling silver with turquoise and precious stone in-lays. All premium jewelry is appraised by a local jeweler and the shop offers a 50 percent discount from the manufacturer’s suggested retail price. 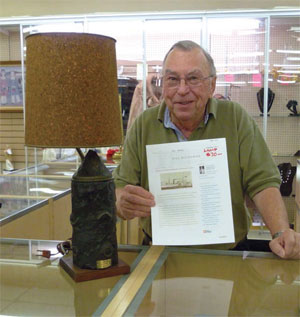 ST. FRANCIS THRIFT SHOP
St. Francis Thrift Shop manager Hal Wieland displays a lamp, circa 1905, that was recovered from the paddle wheel steamer the “Larchmont” which on Feb. 12, 1907, collided with another ship off Block Island and sunk. Only eight passengers survived with more than 143 perishing.

Captain George McVey claims he was the last to leave his sinking ship but surviving passengers claimed the captain and his crew were in the very first lifeboat, leaving the passengers to fend for themselves. The lamp is for sale for $70. “You never know what will come through our doors in the way of curious donations,” Wieland said.

During the past 15 years our faithful donors, customers and volunteers have enabled us to distribute more than $1.5 million in grants to local charities.

This fabulous set of four Fabergé crystal votive candle holders are offered for $149. Each votive has been hand-cut and signed, making them truly one of a kind. An extremely rare set, this is just one of the treasures you can find any given day at The Litter Box.

Great selection and great savings – all for a great cause. All proceeds go to improve the lives of animals. 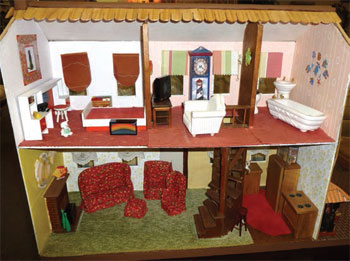 This dollhouse was rescued off a truck. The gentleman who donated it was taking it to the dump. Hospice Community Thrift has been rehabbing old, donated dollhouses for many years, and to date has earned close to $4,000 renewing and furnishing them. This hand-crafted house has a price tag of $50.

We have been open for approximately ten years, and have been very fortunate to receive many lovely donations from our community which has enabled us to be very successful.