The town is All About Having A Good Time

Nashville, Tenn., is full of attractions and has its own unique personality, but music is its heart.

The city has musical attractions that honor the past and present. A destination for popular festivals, top acts have flocked to Nashville including Pearl Jam, which played in the city this summer.

The creativity is exemplified in more than just great tunes, however. There are art galleries, theaters, museums and performance stages.

Planned for the fall are 15 fall festivals and 12 Fall Family Things to Do, which includes hayrides and nights at a campfire. 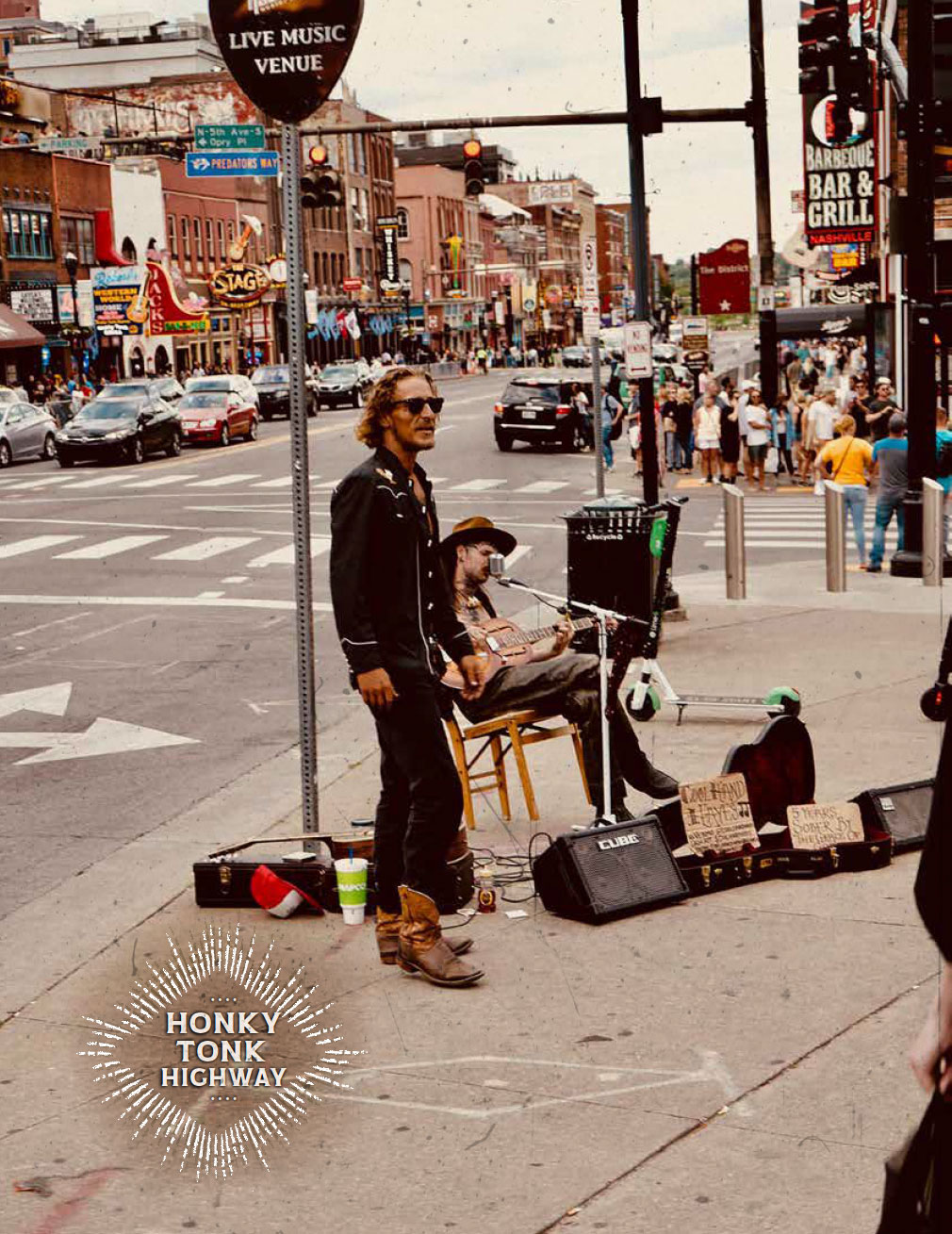 Professional sports are an attraction, including the Nashville Predators of the NHL and the NFL’s Tennessee Titans.

Nashville is alive with music and culture. 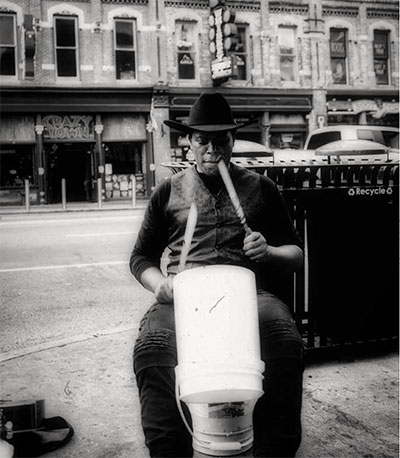 Nashville’s Honky Tonk Highway, on Lower Broadway, is a row of honky tonks performing live music into the streets from 10 a.m. to 3 a.m. That’s entertaining enough, but it’s even better knowing there’s no cost.

Willie Nelson, Kris Kristofferson, Gretchen Wilson, Dierks Bentley and other stars began their careers on Lower Broadway.  This is where the legends play.

The Ryman Auditorium, known as the “Mother Church of Country Music,” has had performances on its legendary stage since 1892.

Don’t miss an opportunity to take a backstage tour and record your own song in the Ryman studio.

The Grand Ole Opry stars perform every Tuesday, Friday, and Saturday night (at the Ryman Auditorium November-January; at the Grand Ole Opry House February-October). With more than 90 years of history, the Opry is the world’s longest-running broadcast. 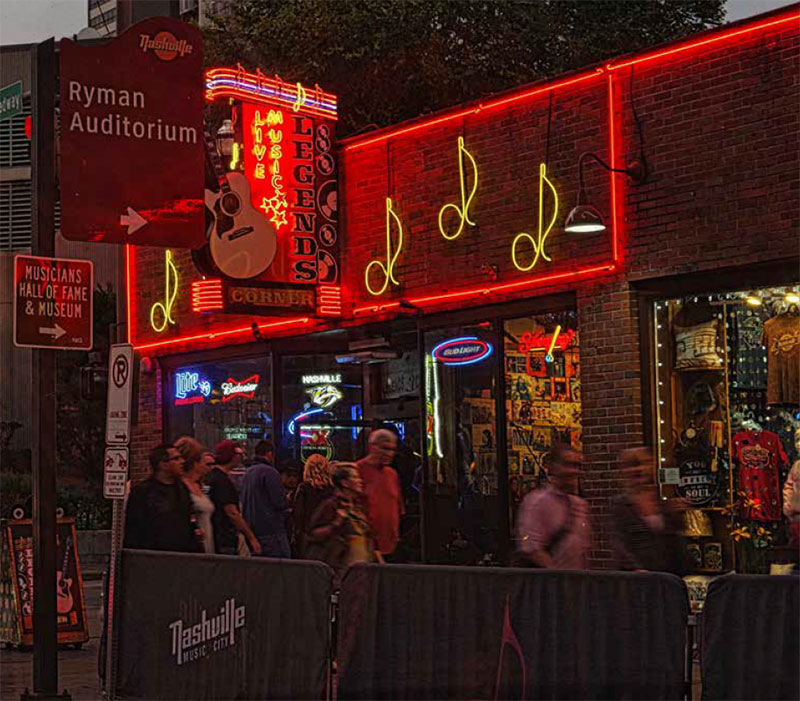 A trip to Nashville wouldn’t be complete without a visit to the Grand Ole Opry. An eclectic mix of country music greats are showcased.

Known as “the show that made country music famous,” for nearly 100 years the Opry has been home to country music’s greatest talent.

The theater has 4,400 seats, and each one offers a great view. Every show is around two hours with a 15-minute intermission. 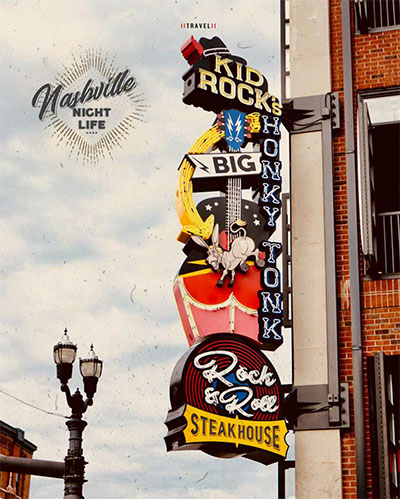 All that activity will make any tourist hunger. Nashville has “chef-driven restaurants” and classic dining spots that serve hot chicken, barbecue, and more. Nearly 200 new restaurants have opened in the past two years. The fine dining at The Hermitage Hotel has been a go-to for locals since 1910.

Hot chicken is a Nashville specialty. The fried chicken dish is doused in fiery spices, and served on a bed of white bread with a pickle. Restaurants throughout the city serve this dish, with heat levels ranging from mild to “clucking hot.” The city is also known for its fluffy biscuits. 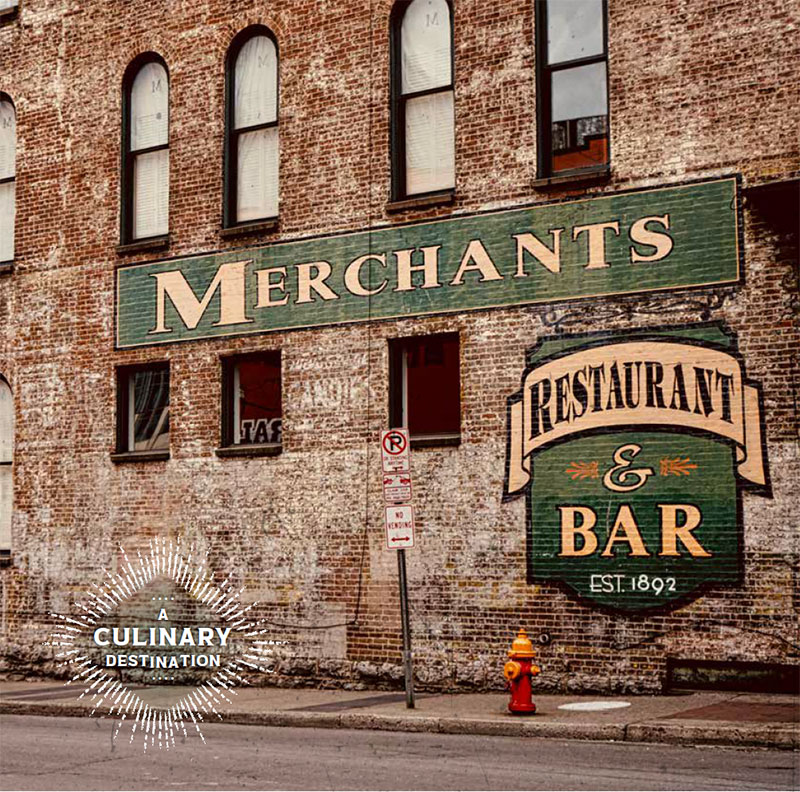 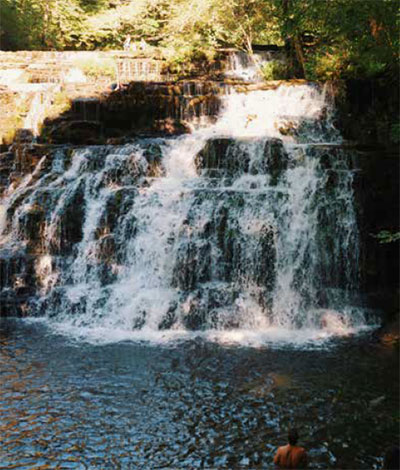 At the top of the waterfall, you cross over the Belle Meade wall, which is a piece of the original wall that previously surrounded the Belle Meade Farm, according to a local news station.

Keep an eye out for wildlife. Find the West Meade Waterfall at 404 Hathaway Court,  between two houses at the end of a cul-de-sac.

GETTING THERE BY CAR

Delta and American Airlines also fly from both Hilton head Airport and Savannah Airport to Nashville with a connecting flight.