GET SPOOKED BY THESE STEPHEN KING CLASSICS

For more than 50 years Stephen King has been the master of writing chilling and gripping tales. A legendary horror writer, King’s novels and stories are a go-to for a good scare. Here are a few of our favorite spine-tingling tales. 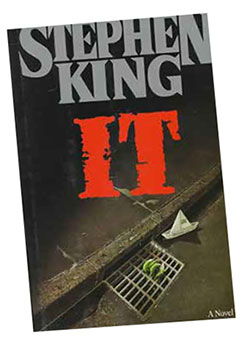 Chills creep in with those words, written just a few pages into the novel, and don’t abate for more than another 1,000 pages. “It” is a classic not just because of its relentless terror but also because of the depth of stories behind the characters. Reunited after 28 years, seven friends face an evil creature they had battled with when they were children. From a terrifying clown (Pennywise) to a giant prehistoric bird, the manifestation of the characters’ worst fears comes alive in this heart-pounding tale. 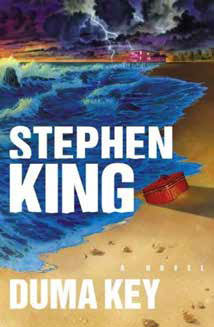 The supernatural is at the core of this sometimes overlooked but haunting novel. An awful accident takes Edgar Freemantle’s right arm and messes with his mind. After his marriage ends, Freemantle returns to a former passion of drawing. He moves to the Florida Coast to work on his art in peace. But he finds his paintings have power. Painful memories are reawakened. Duma Key is terrifying and dark but filled with rich scenes. It’s a story that will stick with you. 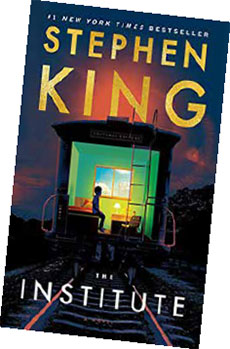 Unsettling is the word that comes to mind. Creepily unsettling. The Institute focuses on young kids who have special talents such as telekinesis and telepathy. They have been taken from their parents to be examined by a staff “ruthlessly dedicated to extracting from these children the force of their extranormal gifts.” Kids soon disappear from one half of The Institute to another (Back Half), never to return. “You check in, but you don’t check out,” a character says. Desperation sets in as the children plot to do what no child has ever done — escape. The strength of childhood friendship is a theme in King’s work, and The Institute delivers a story of kids joining together to confront evil. Tidbit: Keep a close eye out for a reference to a Lowcountry city. 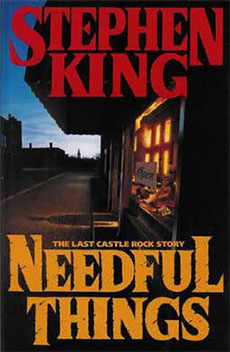 What if everything you ever wanted was available in one store? In Needful Things, each item of a character’s desire amazingly can be had at Leland Gaunt’s new shop. All Gaunt asks is for his customers to perform a deed — or as he calls it, an “innocent prank” on someone in town. These deeds quickly turn sinister. Soon the town’s residents become suspicious of each other, and the community begins to war with itself, to the delight of the new shop owner. The terror the town inflicts on itself evolves into a violent and dramatic conclusion. 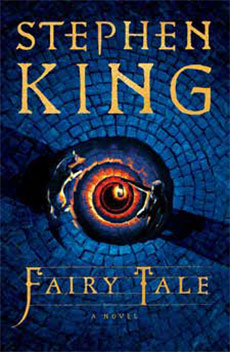 This is King’s latest novel, which was released in September. The story is about a 17-year-old boy who “inherits the keys to a parallel world where good and evil are at war.” Charlie meets a dog and his aging master Howard Bowditch, a recluse who lives at the top of a big hill with a locked shed in the backyard – where “sometimes strange sounds emerge from it.” When Bowditch dies, he leaves the kid a cassette tape that tells a story no one would believe: The shed is a portal to another world. In this world, good is pitted against “overwhelming evil,” and a heroic boy and his dog lead the battle. King said in his imagination he saw “a vast deserted city— deserted but alive.”