Greg Fotia has been gone for twice as long as he was with us, but his legacy still lives on through Gregory’s Playground, a state-of-the-art adaptive play area that gives children with disabilities equal access to outdoor fun.

Greg was afflicted with West Syndrome, a rare condition that affects fewer than 6 in 10,000 babies and is marked by spasms and seizures typically beginning in the first year of life and slowed development.

Originally opened in 1994, Gregory’s Playground was inspired by the accessible playground created for families staying at the Ronald McDonald House that Greg loved to enjoy while spending time in Charleston for medical treatment. The little touches that made playing there a pleasant memory amid the constant struggles — special swings, a paved path that was wheelchair-accessible, and elements that engaged all children, regardless of their abilities — convinced his mother, Rose, that Hilton Head Island needed something similar.

Volunteers from various organizations came together with the Kiwanis Club to build the island’s first accessible playground, and money raised through the Children’s Relief Fund that Rose and her husband Frank founded helped maintain the equipment. 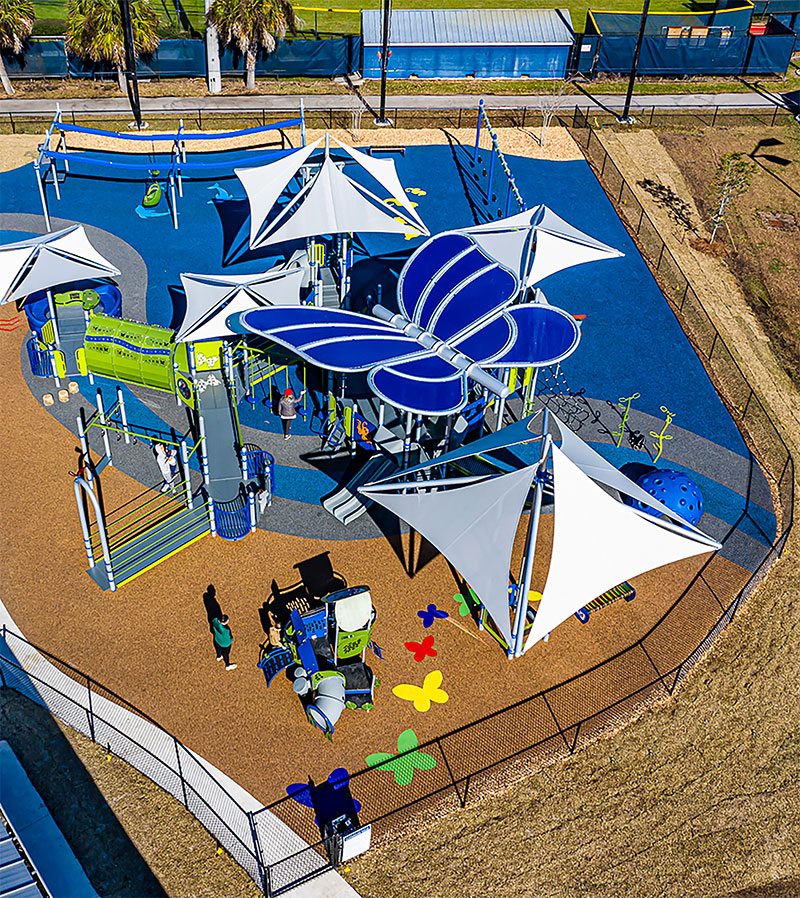 Greg enjoyed the playground he helped inspire until his death in October 2000 at age 11, but his legacy lived on through the children who continued to find inclusiveness on the playground with their more abled peers.

“To me the most important thing was always that friendships could be formed that couldn’t otherwise be formed on the playground,” Rose says. “The ‘normal’ kids will let their guard down and see that these other kids are just like them and just want to play with them. It makes a big impact in so many kids’ lives.”

In January 2020, a complete rebuild of Gregory’s Playground was included in the Island Rec Center’s massive overhaul, and through the diversion of funds from a federal community development block grant, the playground was transformed into a $550,000 wonderland for differently abled children of all ages, complete with adaptive swings, slides, a wheelchair-friendly surface, and a custom butterfly-shaped shade pavilion to protect from the blazing sun and keep kids cooler. The playground also features a ramped play structure to allow for accessibility, along with climbers and sensory play panels.

Patrick Boulware, a Bluffton native who is now the head wrestling coach at Hilton Head Island High School, has been taking his son PJ to Gregory’s Playground since it reopened. PJ, now 6, has been diagnosed with autism and was non-verbal earlier in life, but when he stepped on that playground, he became a different kid.

“The sensory part was really enjoyable for us and him and made it feel more like a normal atmosphere for him,” Boulware says. “The accessibility and the fact that the playground elements aren’t too complicated make him feel more comfortable.” 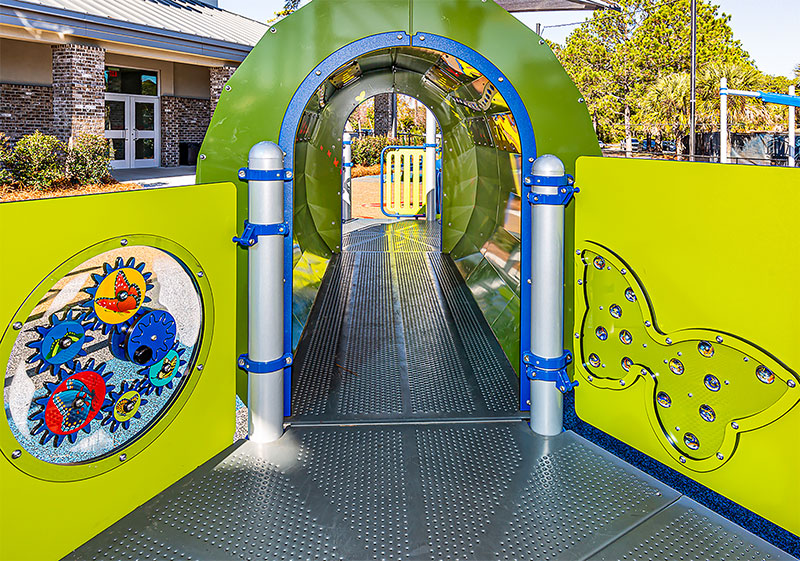 Rather than becoming frustrated because he can’t do the same things as his peers, PJ finds plenty to do on Gregory’s Playground and can easily distract himself from any triggers.

“Kids just go out there and they’re kids,” Boulware says. “There’s no exclusion because you’re fighting over a ball or fighting to play with something.”

Although her son passed away more than two decades ago, Rose still gets to experience the joy Greg’s playground brings to children vicariously.

“I take my granddaughters there when they come into town and they say, ‘We’re going to Uncle Gregory’s playground’ and they absolutely love it,” Rose says. “It’s just such an amazing addition — a place where all kids can play together.”

Rose has continued her work running the Children’s Relief Fund, which partners with organizations such as the Lowcountry Autism Foundation and Pockets Full of Sunshine to give back to people in the Lowcountry community with disabilities across a number of fronts.

And Gregory’s Playground will continue to make an impact, not only on the children who find their joy there, but also on the many other playgrounds that have begun to follow suit.