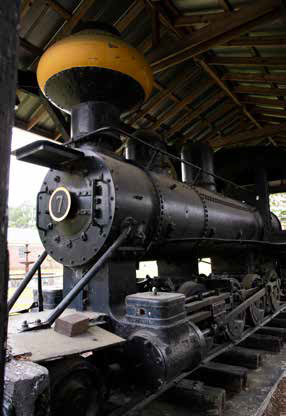 Argent Lumber Company made a mark on the city

Hardeeville continues to be one of the fastest-growing cities in the Lowcountry as its population estimate enjoyed a 14.3 percent increase from 2020 to 2021, according to the U.S. Census Bureau.

But more than 100 years ago Hardeeville was just a burgeoning municipality.

After its founding in 1911, Hardeeville was spurred by Argent Lumber Company, which began business in 1916.

Argent opened four railroad engines and the Hardeeville Mill became the leading employer of the city until the late 1950s, when the lumber mill and railroad cars closed, according to the city of Hardeeville’s website.

According to the Historic Effingham Society, Argent Lumber began as a single-band mill with two steam-powered logging locomotives and 42 cars on seven miles of “narrow-gauge railroad” track west of Hardeeville. Argent created a “network of railroads” throughout the county to bring the lumber from remote tracts, the Historical Marker Database said.

From 1916-1948 the sawmill operated cutting pine trees in South Carolina and sawed them into lumber at the Hardeeville sawmill. Argent Lumber’s tenure in Hardeeville ended in the 1950s after it decided to focus on growing and sell timber instead of operating the steam railroad and sawmill, the Historic Effingham Society notes.

Argent Lumber Company’s railroad and sawmill were shut down in 1956, and the planing mill was closed in 1957.

Decades later, Argent Lumber remains an integral part of the city. Near the old City Hall on Main Street is the Argent train Engine No. 7.

No. 7 was donated to the city of Hardeeville after the closing of the Argent Lumber Company. The narrow-gauge train is a rarity and attracts many people from across the nation, the city’s website notes.

The wood-burning steam locomotive with a “balloon” smokestack was built by the H.K. Porter Company around 1910. It was used by the Argent Lumber Company to haul timber from the forest to the mill. In 1960 the locomotive was donated to the city for public display as “a testament to the role that the timber and lumber industry played in the economic growth of Hardeeville.”

Narrow Gauge Locomotive No. 7 is forever etched into Hardeeville history with a historical marker, which was erected in 1961.

The inscription notes that the locomotive, which is now a featured attraction in Hardeeville, was donated to the city for public display as a “logging and lumbering relic of this area.”