It’s mid-November and her enthusiasm for the upcoming 100th Miss America Competition is even more striking than her outfit. She’s also eager to dispel old notions about beauty queens. 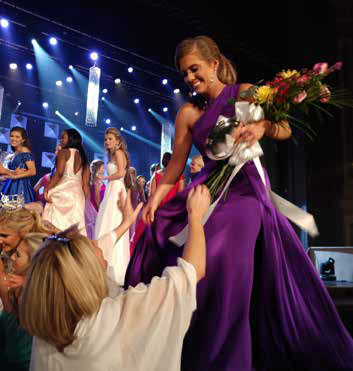 “Every single day I speak. I go into schools, rotary clubs, and service organizations. I rarely model or wave in parades,” she laughs, adding that one week in October she traveled over 1,500 miles for presentations.

Another facet of her job is changing people’s perceptions of the Miss America Organization. For starters, the term “beauty pageant” is passe. Swimsuit competitions are gone, and formal evening gowns are no longer required.

“Career ambitions, scholastic goals, and community service,” she explains, are stressed over physical appearance, though how someone speaks and carries herself is still important.

A self-described “change maker,” Herrin’s community outreach revolves around her nonprofit #RealNotPerfect, which educates everyone from elementary students to senior citizens about the importance of positive self-image and healthy social media use. At 19, Herrin was the youngest competitor in this year’s field for Miss America (won in December by Miss Alaska Emma Broyles), yet she was unphased by the challenge before her.

“I’ve never seen age as anything other than a number,” she says. Seeming to possess confidence and passion in spades, Herrin freely admits she’s struggled with self-esteem and anxiety.

As the child of Jeff and Jennifer Herrin, owners of Herrin Piano, she learned to play piano at 7 but avoided performing due to shyness. Her mother suggested she enter the Miss Teen program at 13 to gain confidence.

“My first reaction was, ‘Absolutely not!’” recalls Herrin, then admits her mother and a friend plotted to make it happen. “My best friend said she’d do it with me. The day of the competition we’re getting ready for our interviews when she announces that she never had applied, and I was on my own.”

Herrin pushed through her comfort zone, determined to finish the competition. 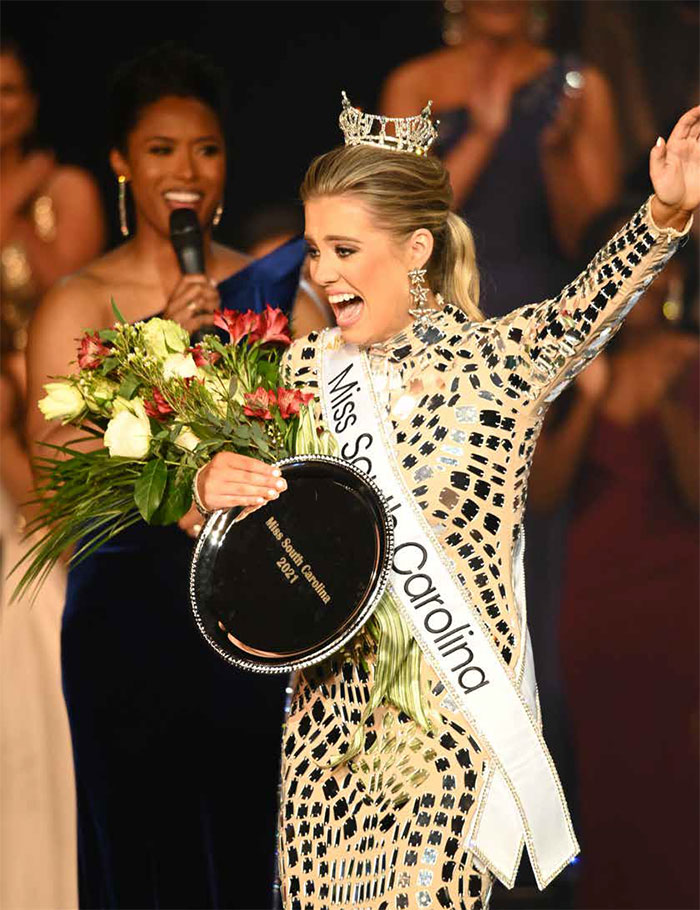 Afterwards, she “felt courageous and decided to do it again.” Her parents’ support, she stresses, was paramount. “They never made me feel like my worth came from this crown. My mother always insisted if the competitions weren’t fun, then it was time to quit.”

Homeschooling provided the flexibility and freedom to learn a lot about herself and how she works best.

“I was a YouTube junkie,” she said, detailing how she learned skills like applying makeup and curling her hair by watching videos. “I treated it like a class and studied former Miss Americas and Miss Teens.”

Inspired by Theresa Scanlan, Miss America 2011, who also had been homeschooled and was a pianist, Herrin set her sights on competing for Miss America someday.

“I’m not trying to be this person who is larger than life or some kind of celebrity,” she clarifies. “I’m just trying to be authentically Julia, so young women can say, ‘If she can do it, so can I.’ ”

Herrin’s journey began in earnest in 2015, when she signed up to compete in Miss Bluffton Teen. As practice, she first competed in Lexington, S.C. — only to walk away as the winner.

At the state level, she earned second runner-up in 2017, followed by first runner-up in 2018. It was during the on-stage question portion of that year’s event when Herrin’s idea for #RealNotPerfect emerged.

When asked to talk about self-esteem in the age of social media, Herrin realized she had a lot to say. The following week she bravely posted her own story on social media — the battles with self-doubt, being bullied, and overwhelming anxiety — and it “blew up.” 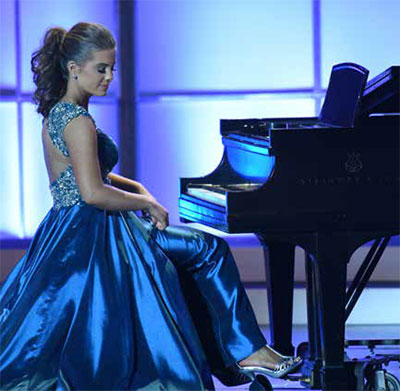 “In that moment I knew what I wanted to talk about if I became a state representative,” she says.

But the following year, she finished again as runner-up.

While completing her freshman year at Auburn University in 2021, Herrin decided to give the competition one more try. This time, though, she’d be an adult vying for the title of Miss South Carolina.

With the goal of finishing in the top 15, Herrin found herself in June standing with the top 5 finalists. Upon hearing her name announced as winner, she collapsed in joy.

“Insane, memorable, and unique,” are words she uses to describe her life since.

“I love every second of it,” she raves, confessing that learning to be resilient as she travels the state makes her feel like superwoman.

One thing is certain — Herrin is a changed person. The experience plus the scholarship money ($72,000 so far toward her dual degree in piano performance and communications with future law ambitions) plus the opportunity to do things she’s never done before equals a woman who sees a future full of possibilities.

And she’ll always thank the Miss America Organization for making it possible.