TOADFISH MARRIES A PASSION FOR WATER SPORTS AND THE ENVIRONMENT

Growing up in Beaufort along the coastal waters, Casey Davidson has always been a passionate fisherman who appreciated his environment. Today, the 34-year-old has married his love for the waterways and his dedication to conservation to form a business dedicated to preserving the coastal environment.

Davidson is the founder and CEO of Toadfish, a Charleston-based company that designs and manufactures fishing equipment, kitchen products and drink ware.

“Toadfish was the perfect way to combine my two loves,” says the product designer, who graduated from the College of Charleston. “I was able to be outside and design for something I like.”

But Davidson wanted Toadfish to be more than a manufacturer and retailer. A percentage of sales go to the restoration of oyster beds in coastal states. Davidson said his company has donated over a half-million dollars to eight states, adding, “We’ve built enough oyster beds to filter 82 million gallons of water a day.” 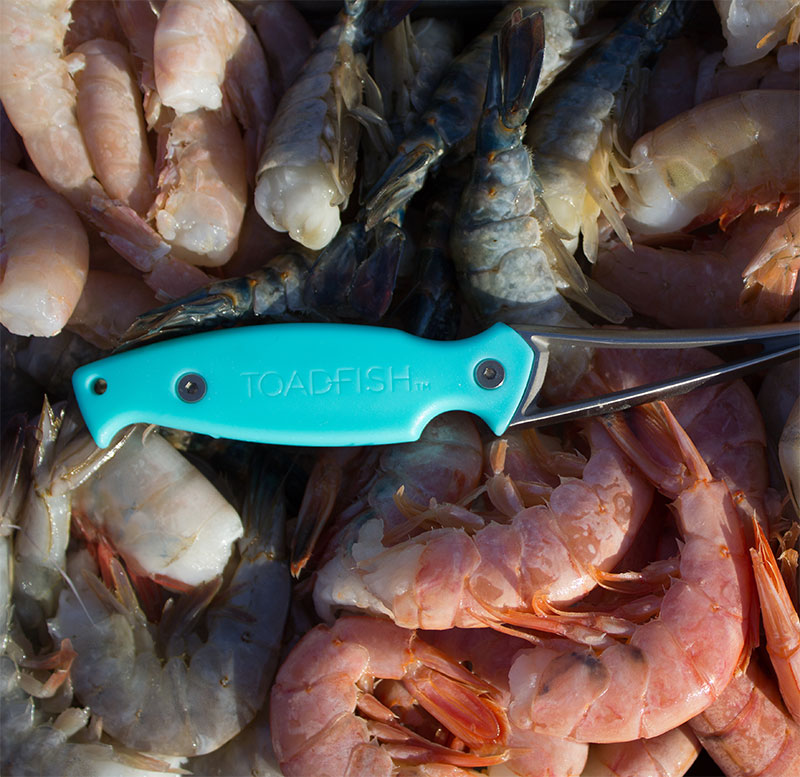 One adult oyster filters up to 2.5 gallons of water per hour or up to 50 gallons per day, according to the South Carolina Department of Natural Resources.

Oyster populations are declining around the world for many reasons, including over-harvesting, lack of care and cultivation, declining water quality, disappearing habitat, run-off and erosion, according to the SCDNR. Tens of thousands of bushels are harvested annually for recreation and commercial purposes, the state said.

The state purchases much of its recycled oyster shells for bed restoration from out of state, according to SCDNR. It has a campaign to recycle shells locally for large-scale and community-based oyster restoration.ba

Oyster beds are the “coral reefs of the Lowcountry,” Davidson said.

They provide a habitat for more than 100 different marine species, according to the state. That is where you will find the Toadfish, for which Davidson named his company.  Oyster beds are also a key preventer of erosion along the coast, Davidson said. The state calls them “natural breakwaters that absorb wave energy and protect marsh shorelines from erosion.”

“It is the most important part of salt-water ecosystems,” Davidson said, “and that is why I’ve dedicated my life to trying to protect and preserve them.” 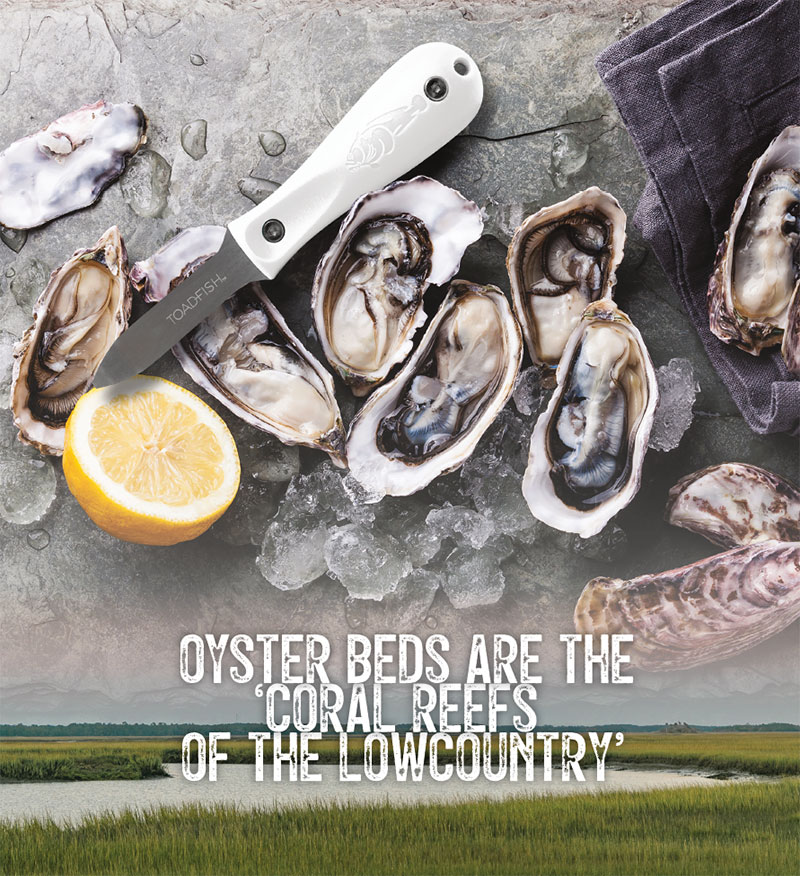 Davidson started Toadfish in 2016, selling a self-designed oyster knife out of the trunk of his car. He drove to farmer’s markets on weekends and shucked oysters with his knife. He found a market, and the company took off. Toadfish is now a global brand with 25 employees and products sold online and through local stores.

The product line, which includes the original oyster knife, helps fishing and boating enthusiasts enjoy the waterways without leaving behind waste. Products include filet knives, non-tip tumblers and fishing and casting rods. A non-tipping can cooler is the most popular item, Davidson said.

Davidson, who stills finds time to enjoy the coastal waters with his wife and two daughters, said long term he wants the company to be successful enough to replant oyster beds in every state.

“For South Carolina, I want to create a statewide oyster shell recycling program,” he said. “I love the state, and I love the Lowcountry.”