Bluffton is known as one of the fastest-growing municipalities in South Carolina — more than 146% growth in the past decade. But it wasn’t always this way. Here is a brief overview of its history to provide some perspective.

Two key individuals to be remembered when speaking of Bluffton’s beginnings are Sir John Colleton and James B. Kirk.

Sir John left the British Isles for Barbados to seek his fortune, but in 1663 when King Charles II was restored to the throne, he and seven other pals of the king were granted a vast stretch of land in America called “Carolina.” It included all the territory between Virginia and the lands around the Savannah River (then under the control of Indian tribes and the Spanish). Colleton arrived by sailing ship to Charles Town (now Charleston). 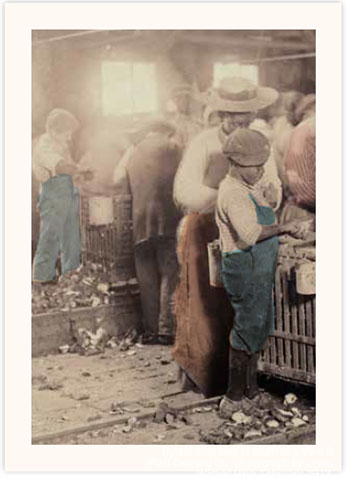 James B. Kirk showed up 120 years after Colleton, as the overseer of the cotton fields still owned by the Colleton family south of the Broad River which bisects Beaufort County. At age 27 he purchased the fields from Colleton’s great granddaughter — Louisa Caroline Graves. Then, with his new 14-year old wife, Mary Baldwin, built a large house overlooking the May River near today’s Calhoun Street where they reared 16 children.

Kirk also built a school in 1823 and hired tutors from England. He helped buy up a one square mile tract of land near his home which he platted and sub-divided into lots and streets. The original square-mile town was initially known as Kirk’s Bluff but was later changed to Bluffton.

Incorporated and Burned Down

The Town of Bluffton was officially incorporated in 1852 by the South Carolina General Assembly. Excessive Federal tariffs on cotton and other local cash crops intended for international trade negatively impacted plantation owners in southern Beaufort County who launched a protest called “The Bluffton Movement.”

This uprising eventually led to South Carolina seceding from the United States, forming the Confederacy. When the Union Army invaded South Carolina, the town (with the exception of two churches and some residences) was burned to the ground on June 4, 1863.

Progress stood at a standstill in Bluffton for more than 80 years as the town tried to economically re-establish itself. In the 1980s the original one-square-mile town with approximately 700 residents was quaint, but poor. The town was designated a National Register Historic District in 1996, but most of its revenue was generated in traffic fines from drivers speeding from the Savannah Airport to Hilton Head Island.

In 1998 Bluffton’s 80-year old mayor Theodore Washington was trying to meet expenses when a sudden solution came to mind called annexation, which is legal in South Carolina if a certain percentage of landowners in unincorporated land agree. There were 19,500 acres available from Union Camp Corporation.

Things moved fast, with dozens of annexations including the Buckwalter Tract and several other tracts totaling 32,000 acres.

Current mayor Lisa Sulka has served Bluffton for 17 years, first as a town council member and then mayor since 2008.

Major achievements over the past decade have included creation of the Don Ryan Center for Innovation in 2012; sanitary sewer for the Buck Island-Simmonsville community; plus several historic preservation projects and dramatically enhancing the Town’s footprint of public parks, open spaces and amenities.

In five of the past eight years the Municipal Association of South Carolina has honored Bluffton with its “Achievement Award.”