For Brunswick-based chef Matthew Raiford, food and storytelling blend together like butter and sugar. His just-released cookbook, “Bress ‘N’ Nyam: Gullah Geechee Recipes from a Sixth-Generation Farmer,” showcases his personal mixture of recipes, photos and stories about Southern coastal cuisine.

The title means “bless and eat” in Gullah Geechee, something that resonates deeply with Raiford, who grew up surrounded by food and family on the Gilliard Farm, purchased in 1874, by his great-great-great grandfather, Jupiter Gilliard, a freed slave.

“My father wanted me to grow up with grass under my feet,” recalls Raiford, launching into stories about planting crops, trading squash for cucumbers with neighbors and picking wild huckleberries after “hitting the bush with a stick and chasing the snakes away.” 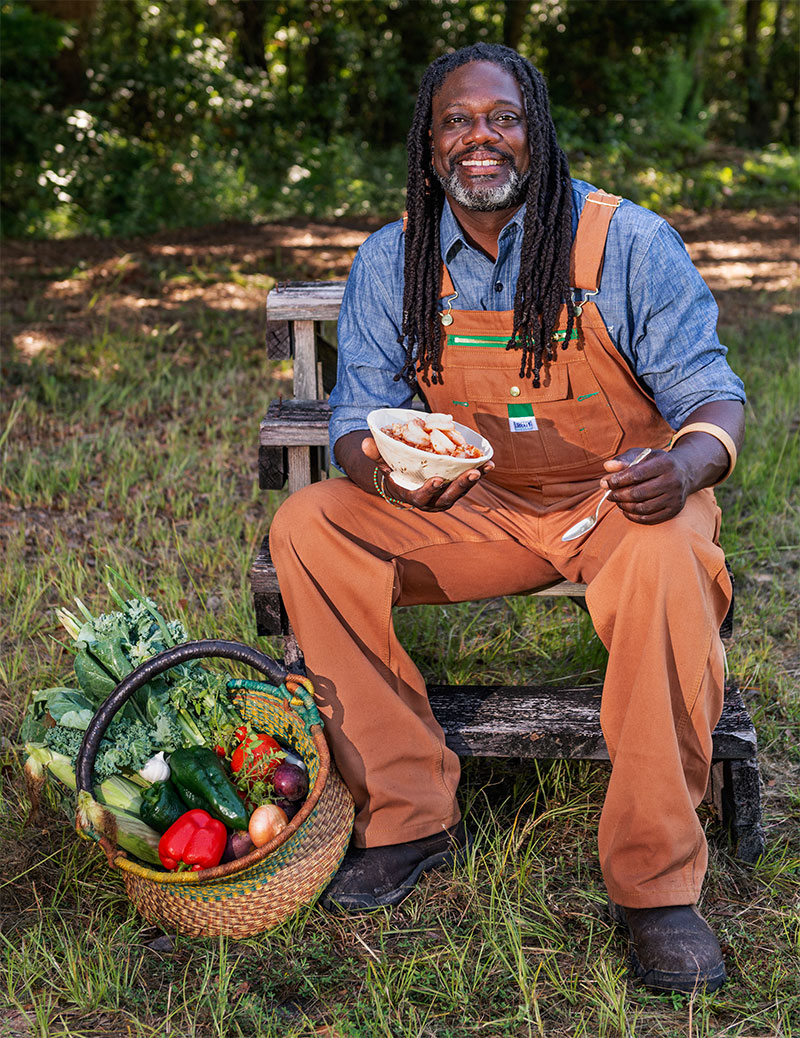 The daily gathering spot was always at the table. Conversation was mandatory.

“To this day,” he says, “I still believe people are more connected at the table than anywhere else.”

His mission is reminding people of that.

Reminiscing about his father’s apple turnovers and French pastries, his grandmother’s Caribbean dishes, and his grandfather’s candied yams, Raiford moans with delight. Family, he says, broadened his palate.

Growing up, he loved spending time in the kitchen, especially with his Nana, the glue that held everyone together. But at 18 years old, bruised by racial attitudes, he joined the military, declaring he was “never coming back.”

Ten years later he enrolled in the Culinary Institute of America. A rising star, he became the executive chef of Haute Catering at the U.S. House of Representatives. 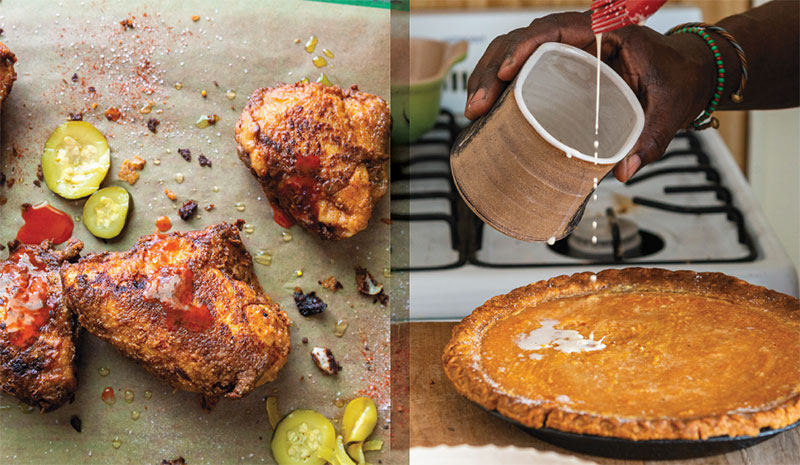 A family reunion in 2010 changed all that.

Back at his Nana’s table, Raiford heard the same question he’d heard for 20 years: “What should we do with this land?”

His advice was always, “You should go back to farming.” But Nana was aging, and the land was full of weeds.

Seemingly possessed by the spirits of his ancestors, Raiford looked at his sister and declared, “We need to get back to farming.”

Nana smiled, reached under the table, and handed over the deed.

He started by planting 100 fruit trees. “They all died,” he bellows. “I had to learn what I didn’t know.” 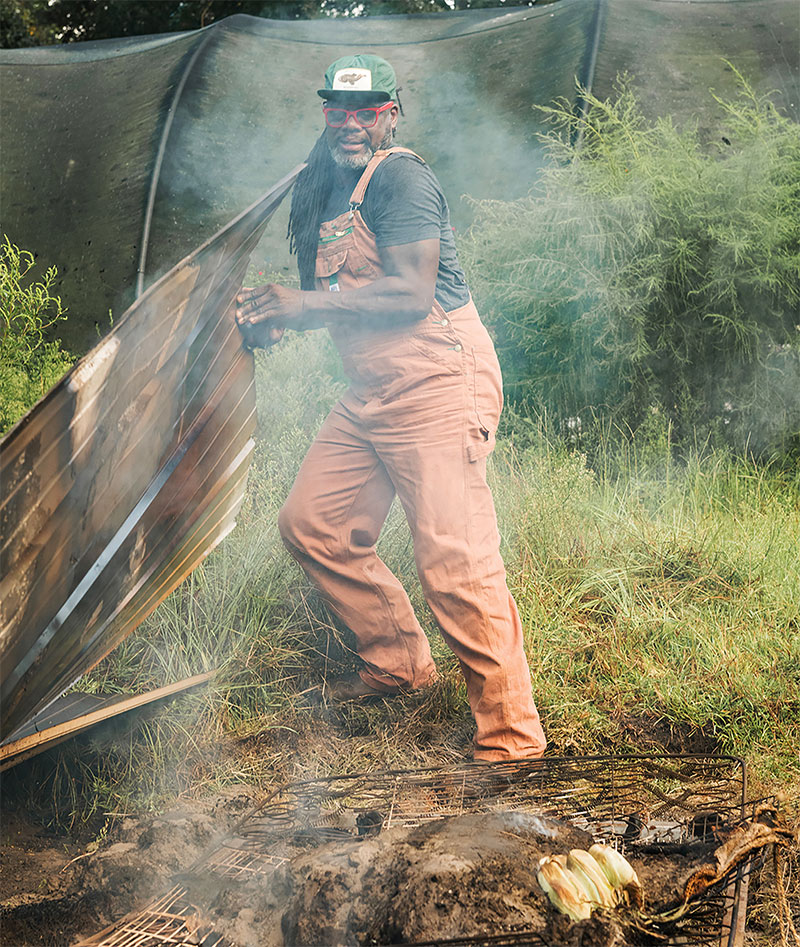 Advice came from local farmers and professors alike, but Raiford gleaned the best tips from the pages of his ancestors’ letters and diaries. Today rows of sweet potatoes, peas, herbs — and fruit trees — grace the landscape. Stories wrap around all of it like vines.

His inner harvest has been bountiful, too. There’s stillness, he explains, and a renewed sense of purpose and community. All more valuable than that high-paying job he left behind.

“The land speaks to me,” he adds, pointing to a patch of weeds by the front door. 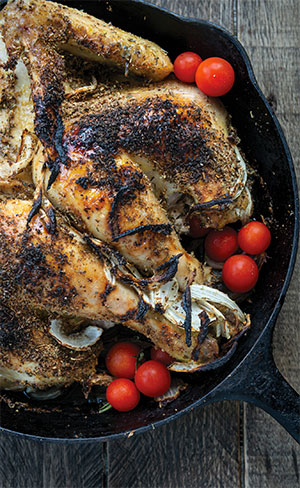 “Pennywort,” he calls it, spinning yet another tale about the plant, its message (too much water in the soil), and how he tricked his mother into eating it in a salad she deemed “delicious.”

Being connected to the land and using what’s available is part of Raiford’s philosophy. It’s also a theme in his cookbook, co-written with writer Amy Condon, who urged Raiford to share his message.

Ideas for pairing homegrown crops like tomatoes and Muscadine grapes with local staples such as crabs, oysters, or farm-raised chickens fill each page. Organized not by types of food, but rather, by the elements – Earth, Water, Fire, Wind, Nectar, and Spirits – the book weaves a bit of spirituality and nostalgia into every recipe.

“I was lost for so long,” Raiford admits. “Now, I’ve learned to look at life a whole new way.”

Of course, making stone fruit compote or watermelon salad, two of his favorite summer recipes, seems to right the world as well.