THERE’S COMFORT IN BEING ENGAGED WITH A COMPELLING BOOK. HERE ARE TITLES FROM LOCAL AUTHORS THAT WILL GRAB YOUR ATTENTION. 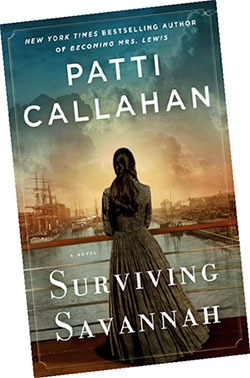 A New York Times best-selling author, Callahan’s latest historical fiction novel tells the true and untold story of the wreck of the steamship Pulaski, which sank after an explosion in 1838.

Savannah history professor Everly Winthrop’s research leads her to the “astounding history” of a family of 11 who boarded the Pulaski and two women from the family: Augusta Longstreet, a known survivor, and her niece, Lilly Forsyth, who was never found. They were part of Savannah’s society. When the ship exploded, each was faced with “difficult and heartbreaking decisions.”

Callahan, who lives in Alabama and also has a home in Palmetto Bluff, has written 15 novels. She earned the Harper Lee Distinguished Writer of the Year in 2020. 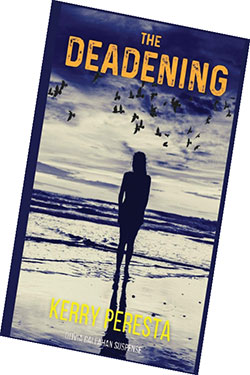 THE DEADENING By Kerry Peresta.

The first suspense novel in the Olivia Callahan series from Hilton Head’s Peresta details a woman’s battle after an assault that “steals her memory, her marriage, and her identity.”

After regaining consciousness in a hospital, Callahan discovers she is paralyzed but doesn’t remember what happened. She attempts to reclaim her life, but as she begins to understand her past, she questions whether she wants her old life back.

The Lowcountry is featured, and readers will “enjoy visualizing familiar names and places sprinkled throughout the Olivia Callahan series,” Peresta said in a news release. 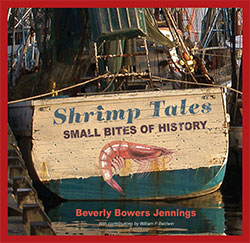 The book by Hilton Head’s Jennings portrays the birth and development of the commercial shrimping industry in the southern United States.

With more than 800 pictures of the people, places and boats of that era, “Shrimp Tales” provides explanations of shrimping operations and equipment, including early methods of catching shrimp, how to head shrimp, net sewing, turtle excluding devices, ice and refrigeration and boat building and repairs.

From the region’s earliest shrimpers to a chapter offering a “colorful glimpse” of the Blessing of the Fleet ceremonies, the book tells the story of a community and culture.

Recipes in each chapter are often provided by a member of one of the local shrimping families. 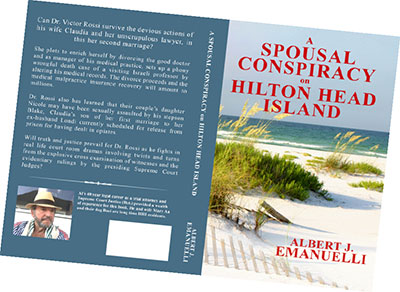 A SPOUSAL CONSPIRACY ON HILTON HEAD By Al Emanuelli.

A first-time author, Emanuelli, a former trial attorney and Supreme Court Justice in New York, pens a “legal thriller of greed and vengeance.”

The novel follows Dr. Victor Rossi, whose wife has plotted against him. A court drama ensues which includes “explosive” cross examination of witnesses and evidentiary rulings by the presiding Supreme Court judges.

Emanuelli was awarded the Ellis Island Medal of Honor for his past pro bono legal work for newly admitted immigrants. He and his wife have lived in the Lowcountry since 2005.