Southern Charm star Shep Rose has a successful reality television gig where life always seems to be a party, he was raised in Sea Pines and he comes from a supportive upper-class family. On the surface, he’s the kind of guy internet finger-waggers love to hate.

But the real story is a little deeper, and definitely more fun.

Rose was a kid in the 1980s and 90s who attended Hilton Head Prep, scored for the varsity basketball team, and hung out at the beach. He had a gang of friends who rode BMX bikes through the neighborhood, looking for trouble and finding it often enough. One of the greatest luxuries of that life was the safety. Sea Pines—with smooth paths and a canopy of live oaks—was a place where almost nothing bad could happen to you.

“Hilton Head is a very special place, and we were lucky,” Rose said in a phone interview.

This has always been Rose’s world—a fun place with a big cushion shielding him from most falls, a world he fleshes out in his new book, “Average Expectations: Lessons in Lowering the Bar.”

The memoir, to be released March 16 from Gallery Books, is a wild and fun collection of essays reflecting on a life spent traveling, getting drunk, dating, and living in the reality television spotlight. 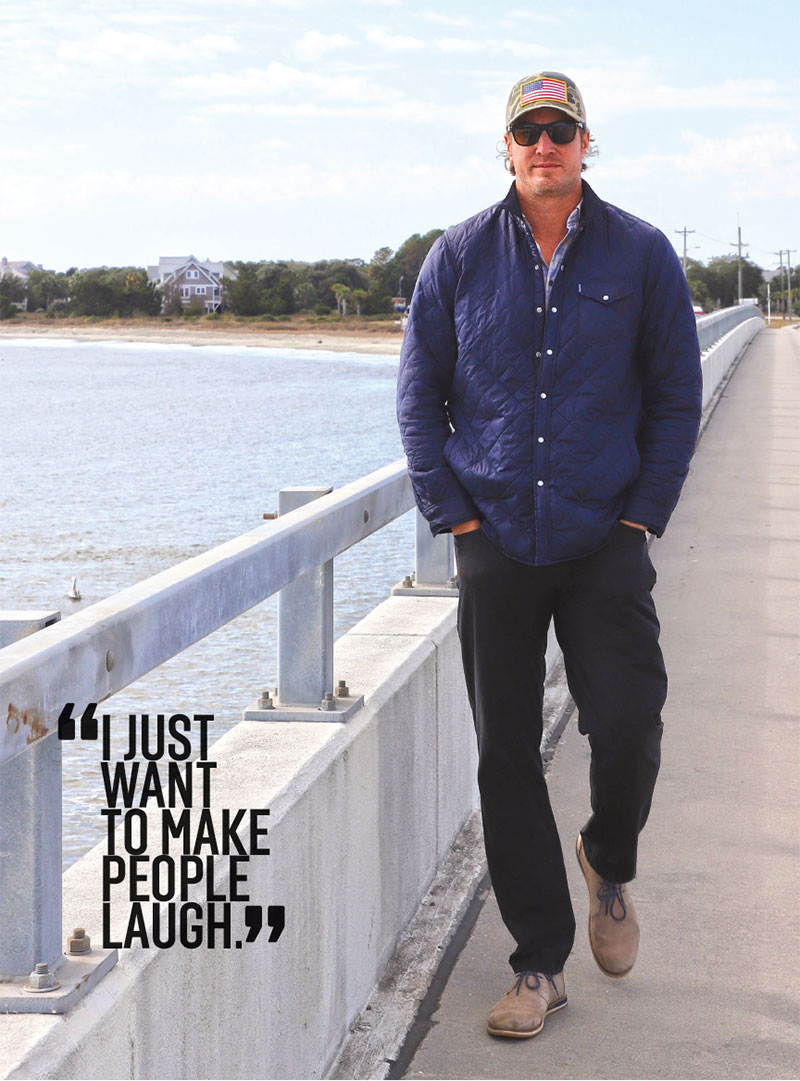 Shepland, as he calls it in the book, is hedonistic, leisure-filled, and not to be taken seriously. But it’s no kiddie pool either. Rose is well-educated and bookish. His mother is a big reader, and she inspired his love of literature. (John Irving is their shared favorite, and he’s currently reading Colin Jost’s memoir.)

Rose keeps a journal. He’s witty, easy going, humble, and, like every southern gentleman, dedicated to showing people a good time. He loves his dog. And he readily admits he has a lot to learn. Overall, he’s undeniably a likable guy, and all of Rose’s most affable qualities come out in his essays.

The book delves into his family history, which has large personalities and great successes on both sides. But despite coming from a long line of overachievers, Rose never aspired to fame or anything above average. After getting kicked out of boarding school for having too good a time, he landed at University of Georgia, where the party continued.

After graduating, he worked in real estate development and eventually went back to school for his MBA. He did an internship at a company in Dubai and secured a job with a great salary for after graduation. Rose was ready to step into a career in international business, when the 2008 recession hit and all that fell through. His contacts at the company stopped answering his calls, and he was back to zero.

With his prospects gone, he returned to Hilton Head to regroup. Rose looked into franchising a restaurant. He said he was in Atlanta, cutting onions in the kitchen, learning the food and beverage ropes, when that failed to materialize.

After a few years of not finding the next right thing, Rose was at a party in Charleston when mutual friend Thomas Ravenel introduced him to Whitney Sudler-Smith, who was putting together the pitch for Southern Charm. In true Shep Rose fashion, he threw a party to show off what he could bring to the show, and the powers that be liked it. The show recently completed its seventh season on Bravo.

When it comes to the show, Rose aims to be the good guy. But it hasn’t always been fun. Season 6, when the episodes were filmed, painted him as the villain. And like anyone in the spotlight, he’s taken some social media heat as well.

“Sometimes you forget that so many people are watching,” Rose said. “There are a lot of eyeballs, and I don’t live my life carefully, on purpose.”

The book, in a way, gave Rose the freedom to reflect and say what he wanted to say. He spent his pandemic shutdown writing, dutifully leaving out anything he couldn’t stand for his parents to read.

Rose’s goal is, always, to entertain. He wants to make people laugh, and maybe redeem himself a little too.

Average Expectations will appeal to Southern Charm fans, as well as celebrity memoir readers, and anyone who appreciates a harmless troublemaker. There’s a reason Rose became famous for being the life of the party.

“I hope it can reach beyond the typical celebrity memoir,” Rose said. “I just want to make people laugh.”