Sonya Grant didn’t plan on emerging as a younger voice for the spirited and rich history of the Gullah culture.

Her goal was to quietly grow her business. But she quickly realized the public had an appetite for information. They enjoyed the products but were also interested in the history and stories behind Grant’s work.

“They wanted to know,” Grant said.

Grant, a “culture enthusiast,” was enamored with the response and became dedicated to continuing to educate herself and her customers about Gullah traditions.

She became invigorated by the interactions and realized she can do more than just sell her products. She can be a voice for the culture.

“I’ve seen the older generation do so much work for the culture and when we had the (Black Lives Matter) rallies on Hilton Head and I was looking at all of these young faces march, I wondered, ‘Who’s next to carry the torch to make sure the culture stays vibrant, stays alive and stays interesting?” Grant said. “Who from my generation is going to teach the younger generations about the culture?” 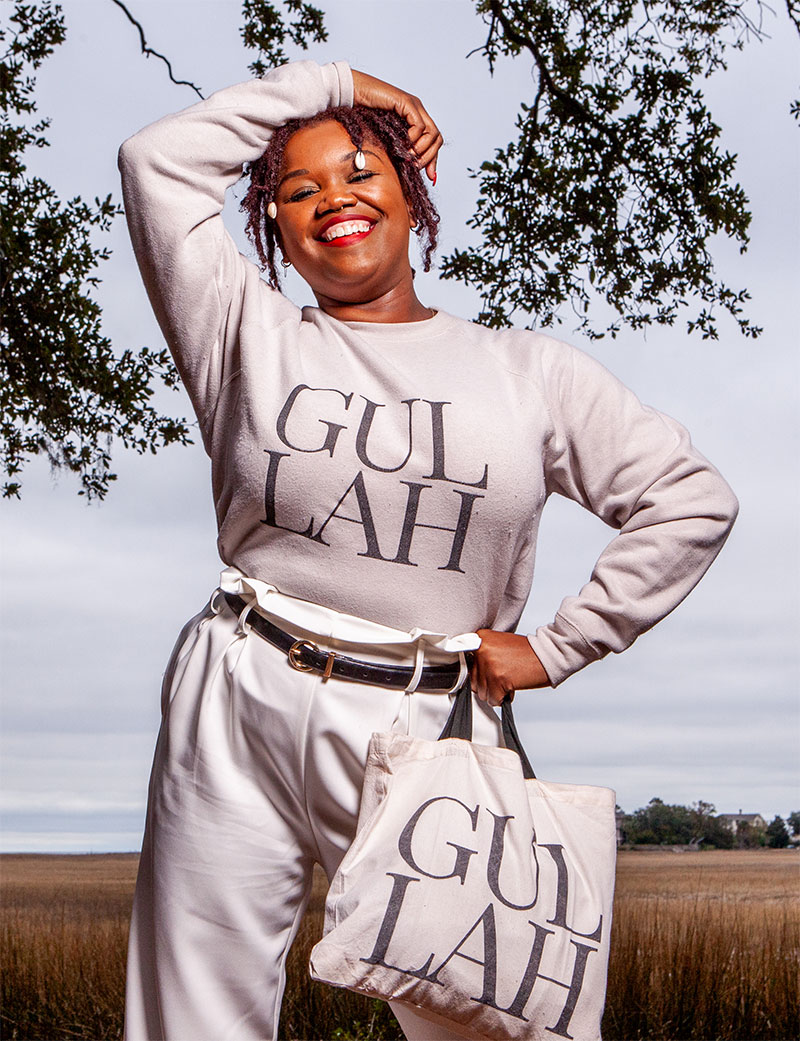 Grant said her designs are popular with a younger generation that is active on social media, posting pictures of what they wear. They like to display the latest styles.

“I knew that would be a way to grab their attention,” she said.

“It lets people know who I am right away,” said Grant, who graduated from Hilton Head High School and Spelman College. “It’s eye-catching.”

Grant said she chose fabric that feels good on the skin and is durable. Crewneck sweatshirts are a top seller. The merchandise also includes mugs, bags and hats and a shirt that features historic communities.

Her collection of items has made an impact. Grant said a young lady who reached out to her said she had just learned about her own Gullah heritage and said Grant’s merchandise made her want to learn more about the culture.

“That’s what this is all about to me,” Grant said.

Grant has respect for history. Born and raised on Hilton Head Island, she is a direct descendant of freed slaves who lived in Mitchelville in the Civil War era. She is the granddaughter of Abraham and Charliemae Grant, retired owners of Abe’s Native Shrimp House on Hilton Head, which was a popular eatery for decades.

When thinking about the designs for her products —seeking something classic and timeless — she consulted elders in the community to ensure authenticity. 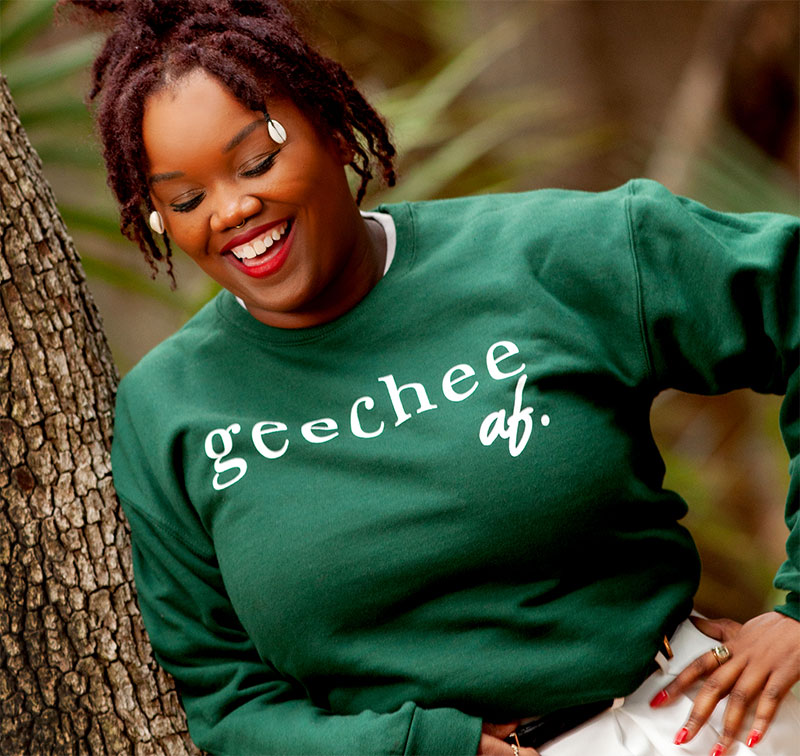 Grant is optimistic she can balance her day job at Lancôme at Belk with her thriving startup, which she promotes online through Etsy and outdoor markets. She’s responsive through email and social media and hopes to be in stores soon. The goal is to eventually open her own store.

In many ways Grant is living a dream she envisioned when she was a child. She’s wanted to be a fashion designer since she was 8 years old. In the third grade, Grant and her friend filled notebooks with designs. She received her first sewing machine when she was in eighth grade and taught herself how to sew.

Grant experimented by taking apart jeans and sewing them back together as skirts.

Her path since childhood took her to acting (she appeared in two episodes of “Underground” which ran for two seasons) and eight years as a flight attendant, but she never relinquished her passion for fashion.

“My childhood dream is coming true at 32,” Grant said.