THE LEAL FAMILY CHRISTMAS TREE IS MUCH MORE THAN JUST THE ORNAMENTS. IT’S THE STORY THOSE ORNAMENTS TELL.

At Apollo Cards & Gifts in Totowa, N.J., there were few bigger days in the mid 1980s than the one Saturday each year when the latest Hallmark Keepsake ornaments would make their debut.

And on these Saturdays, there was no one more excited than Guillermo “Willie” Leal, the man they called the Hallmark Wizard. 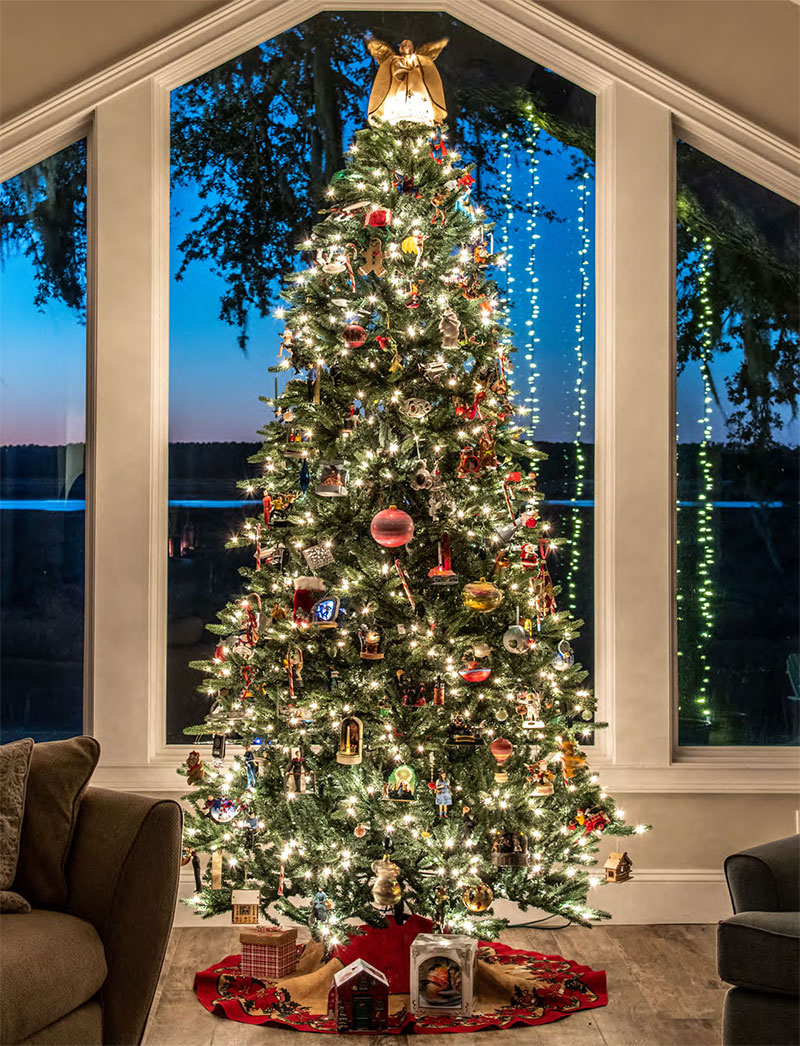 “There would be 150 people lined up out front on opening Saturday,” said Rich Leal, son of the Hallmark Wizard. “And my dad would be inside prepping everything in his pink shirt covered in ornaments.”

As the Hallmark Wizard, the elder Leal made it a point to snap up nearly every keepsake ornament the company offered, filling boxes upon boxes in his attic and proudly displaying the cream of the crop on his tree each year.

It’s a tradition that Rich has kept up, decking his tree with a universe of colorful characters and keepsakes.

“I’d come home with a bag of 10 to 12 of them every year and my wife (Mary) would say, ‘Are you crazy?’… But I purposefully have a big tree for this very reason,” he said. 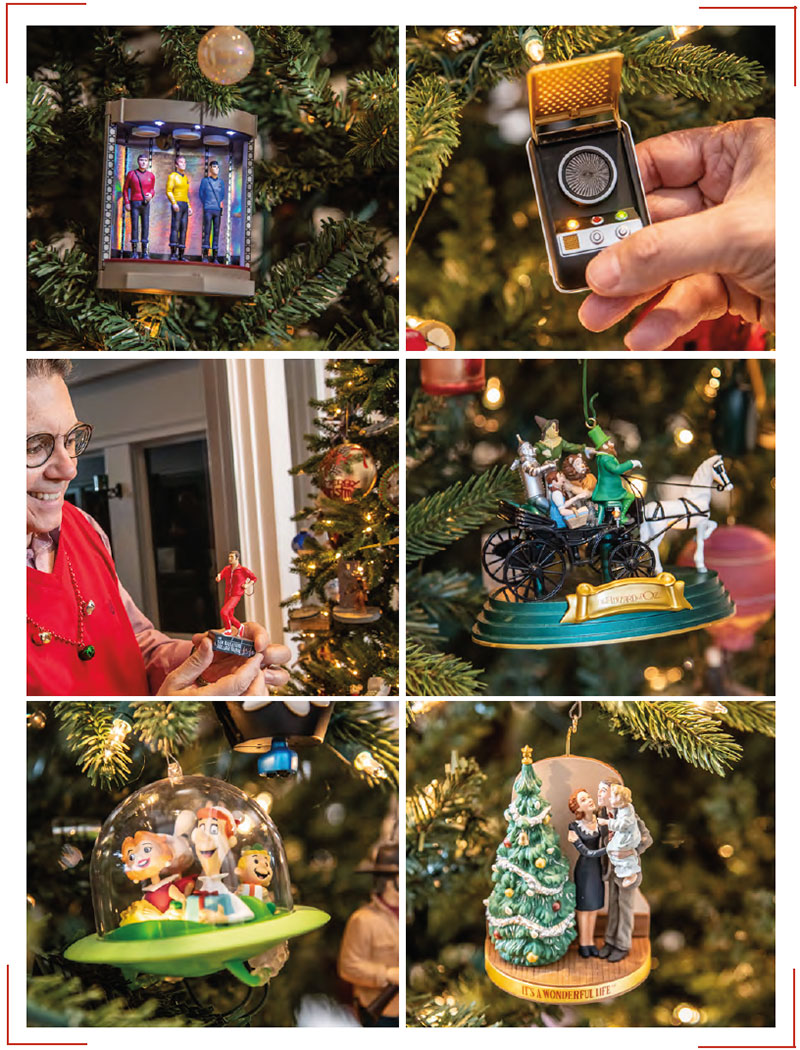 Like his father before him, Rich has made these collectible ornaments the heart of his holiday tradition. Starting the day after Thanksgiving, he’ll spend as much as two days putting up several hundred ornaments, working five hours at a time to re-insert batteries and meticulously place ornaments on each branch of his 9-foot tree.

A sci-fi nut from a very young age, you’ll notice right away that his ornaments tend to lean toward the fantastic.

“You’ll always find my original U.S.S. Enterprise around the top of the tree every year,” he said.

The Starfleet flagship boldly goes among an array of starships ranging from an X-Wing Fighter to a Klingon Warbird, intermingling with superheroes, iconic cartoon characters and several vignettes from The Wizard of Oz, a favorite film of daughter Dana. 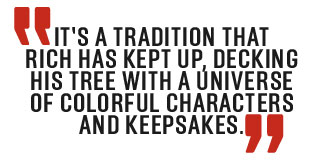 “It turned our Christmas tree into a live tree,” he said.

More than just static figurines, these vibrant keepsakes come to life. The Wicked Witch melts into a puddle while lamenting “What a World.”

The Six Million Dollar Man ornament plays the iconic theme song. One special ornament emits a squeaky “Merry Christmas,” in the voice of one of Rich and Mary’s sons.

The Hallmark Wizard is now in his 90s, and his ornaments fill an attic. But his son has happily taken up the mantle.

“It’s probably been the last two to three years, he comes over here to see mine and relive it,” Rich said.

And the tradition lives on.