TO PEAK QUALITY OF LIFE

Bluffton’s path to a more livable, walkable town with plenty of green space and water access is moving forward thanks to its multi-year plan for capital improvement projects.

The projects are an effort to enhance the quality of life for residents with such things as new sidewalks, better lighting and the installation of sewers for properties outside of planned communities. Environmentally, the sewer projects remove the problem of failed septic tanks, which can pollute the town’s and region’s natural resources.

The Old Town Master Plan, adopted in 2006, provided a blueprint for the Historic District’s overall efforts. The district’s success in enhancing walkability, accessibility and connectivity is a template for other areas of Bluffton, Szpanka said. Among council’s priorities are connecting neighborhoods, businesses, restaurants and retails stores so the town maintains its “small-town feel” through elements such as sidewalks, streetscapes and parks, she said.

“Based on the success of the streetscape projects in the Historic District, making Bluffton a walkable town is an important priority in other areas of Bluffton as well,” she said.

The town fueled its expansion through land acquisition. 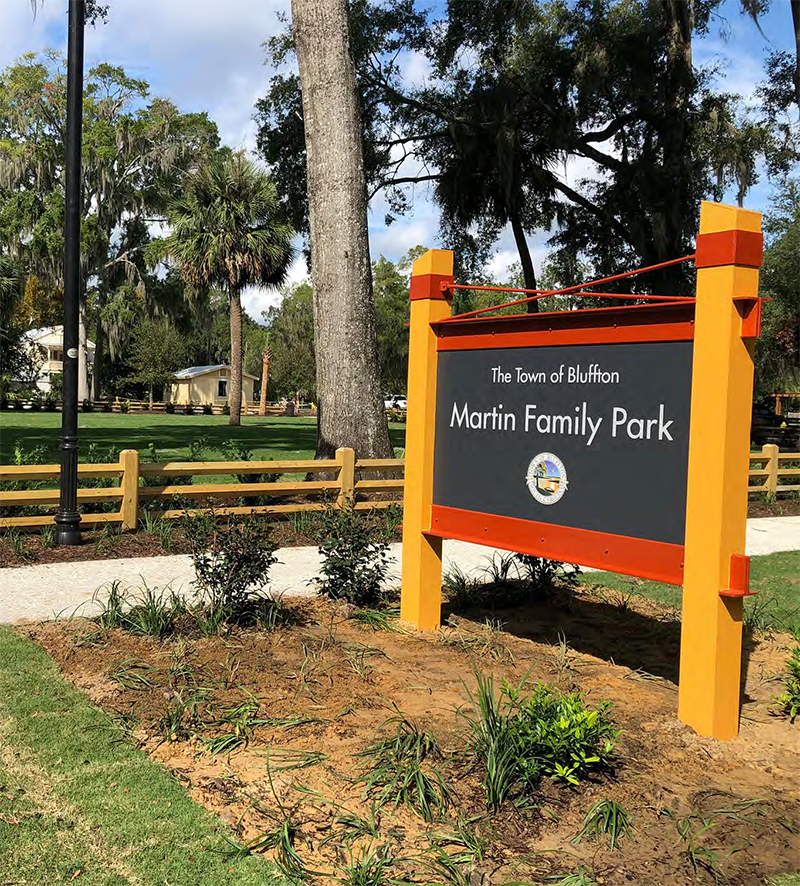 As recently as 1998, Bluffton had fewer than 800 residents and was a little over one square mile. Today, it’s 54 square miles with a population estimated at more than 27,000. Bluffton is only 44% built out, and town officials have said the population at some point might reach 75,000.

And in a town where the average age of residents is 36, waterfront and neighborhood parks, as well as easy access to the restaurants and eateries, are an important attraction.

HERE ARE SOME OF THE CAPITAL IMPROVEMENT PROJECTS THAT HAVE BEEN COMPLETED THIS YEAR OR ARE TARGETED FOR COMPLETION BY NEXT SUMMER.

“Bluffton’s parks are very popular with young families and provide community gathering places for movie night, the Christmas Tree Lighting, access to the May River, as well as for wedding and special-event venues,” Szpanka said.