LIVING LIFE TO THE FULLEST IS WHAT MATTERED MOST

It’s not every day a 90-year-old woman impacts the lives of more than half a million followers. The nonagenarian never meant to be an influencer, but it turned out that Norma Bauerschmidt’s epic journey across the U.S. and her focus on seizing the day resonated with many.

Norma decided to forego lifesaving cancer treatment and travel instead, a decision that would also change the life of her son and daughter-in-law, who hit the road with Norma and their dog, Ringo, chronicling the journey in “Driving Miss Norma” (Harper Collins, 2017), a book about what really matters at the end of life. 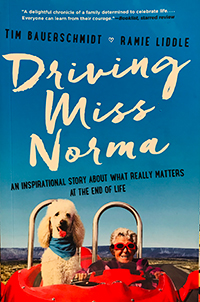 “You don’t want to admit that your loved one is going to die — it’s the elephant in the room,” Tim Bauerschmidt said.

But for Norma, living well until the end was more important than possibly extending her life. Her husband, Leo, had died, and she had been diagnosed with cancer shortly afterward. A World War II veteran who served her country at the San Diego Naval Hospital in the WAVES, Norma and Leo had been married just shy of 70 years, and when doctors recommended a hysterectomy followed by radiation and chemotherapy, Norma told them she had other plans: “I’m 91 years old. I’m hitting the road.”

Tim and his wife, Ramie Liddle, invited Norma to join them on their motorhome travels, offering to “take her anywhere she wanted to go” — a journey that eventually included stops on Hilton Head Island and in Bluffton.

When Mom was still alive, we were getting powerful messages from around the world about how the book changed their entire lives. It gave them permission to actively live.

The three agreed to travel together for a year. Tim and Ramie upgraded their motorhome to a Fleetwood Southwind 36D RV and a Jeep Wrangler to make sure there was room for everyone, and off they went. Their first stop? Norma wanted to see Mount Rushmore in South Dakota.

“Tim and I had zig-zagged across the country many times,” Ramie said. “We were going to have a chance to see it through a different lens this time. A few lenses, really: The motorhome’s huge windshield and the eyes of a 90-year-old woman who had the strength to say ‘yes’ to adventure.”

Ramie started a Facebook page about their travels, never dreaming their posts would get so much attention. 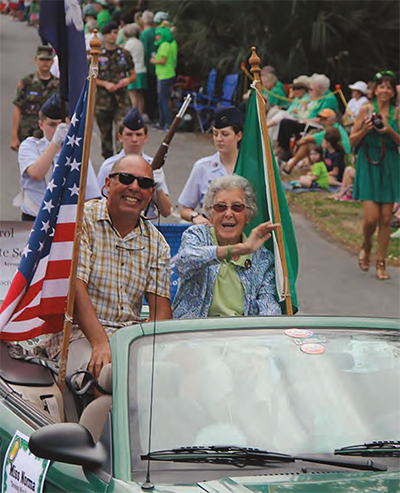 “When Mom was still alive, we were getting powerful messages from around the world about how the book changed their entire lives. It gave them permission to actively live. They found courage from my mom saying no to cancer treatment,” Tim said.

Many of the messages examined society’s reluctance to honestly examine the experience of aging and dying and what matters most to people in the end.

The group started in Michigan, heading southwest and then east through New Orleans to Florida before advancing up the East Coast through Hilton Head, Bluffton and Charleston. They then turned westward again, finishing in Friday Harbor, San Juan Island, Washington.

Along the way, they shared their adventures on social media: “We have driven the RV nearly 13,000 miles and slept in over 75 different locations in 32 states. We helped celebrate our National Park Service’s 100th anniversary by visiting a couple dozen national parks, monuments and recreation areas from coast to coast and north to south,” one post reads.

About six months into the trip, the story went viral, which Tim and Ramie said they found terrifying — “We’re introverts,” Tim said. They made appearances on the “Today Show” and “CBS Evening News,” met thousands of admirers and fulfilled Norma’s longtime dream of a hot air balloon ride.

It was as they were heading up the East Coast that the invitation came in from Hilton Head: The Hilton Head Island- Bluffton Chamber of Commerce’s Charlie Clarke invited Norma to join the 33rd annual Hilton Head Island St. Patrick’s Day Parade in 2016 as an honorary parade committee member.

“Do you think Ringo can go, too?” Norma asked.

On the day of the island’s famed parade, Ringo rode in the kelly-green Ford Mustang convertible right alongside Norma and Tim.

Bluffton officials couldn’t let the travelers leave the Lowcountry without a visit, where they befriended newspaper editor Lynne Hummell and Mayor Lisa Sulka, who invited Norma to plant a tree in Leo’s memory — a fitting tribute given that Bluffton is a designated Tree City USA.

“To be honored by a community is incredible and that’s why we keep coming back here,” Tim said, visibly moved. Since Norma’s death on Sept. 30, 2016, in Friday Harbor, San Juan Island, Washington, Tim and Ramie have spent many months in the Lowcountry — including this winter, when the self-described nomadic couple briefly lived aboard the “Miss Norma,” a Ranger Tug that they anchored in Shelter Cove Marina. 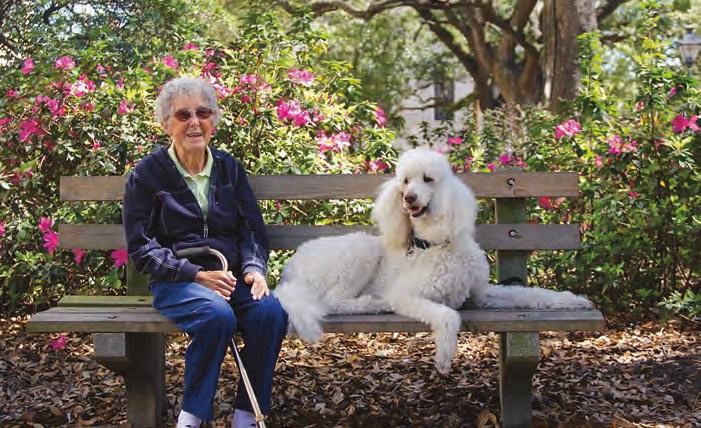 “Tim drove every single mile of our trip with Norma. I started feeling like I was a passenger in my own life,” Ramie said with a smile. “So I’m the captain of the boat.”

The couple has volunteered at Hospice Care of the Lowcountry, where board members and staff handed out copies of “Driving Miss Norma” to numerous groups, organizations, and friends. Ringo, certified as a hospice therapy dog, has visited residents of local memory care facilities.

But though Norma is gone, their journey with her isn’t over: “Driving Miss Norma” has been translated into 10 languages, and a screenplay is in the works.