From “cobblestones to cocktails.”

That clever phrase is the concept behind the Charleston Shoe Company, whose claim to fame is making footwear that’s both comfortable and stylish, says owner Neely Powell.

She seems to be on to something. Powell’s shoes sell in more than 300 boutiques nationwide, including several on Hilton Head Island and in Bluffton, and she’s just opened her 30th branded store in Santa Monica, California.

It all started years ago, during summers that Powell spent exploring artisan markets with her mother in San Miguel, Mexico. On one outing, Powell stumbled onto something that captured her imagination.

“We were scavenging the streets of San Miguel, which has the best shopping ever, and we stumbled into this little store with a dirt floor,” she said. “There was a man in there making shoes. We brought some home and every time we went back, friends and family asked us to bring them a pair. They were so comfortable.” 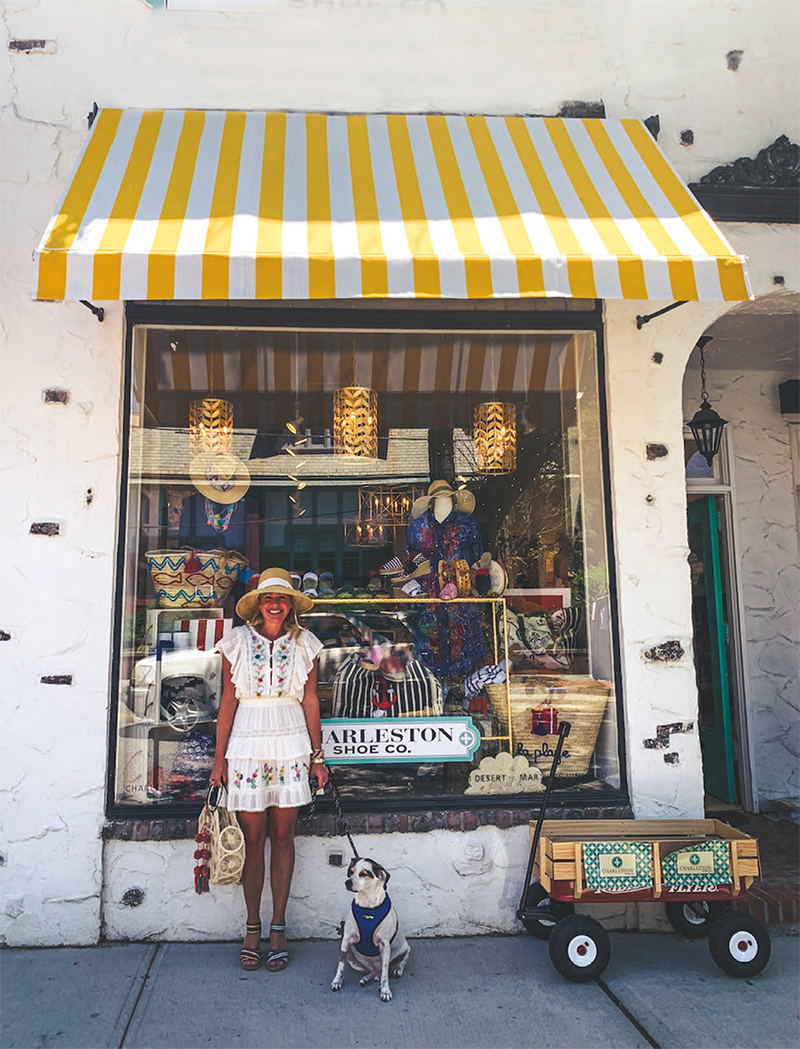 San Miguel’s streets are made of cobblestone, and the handmade sandals moved and flexed with the foot, allowing a comfortable tread. So whenever Powell traveled to places where comfortable and stylish shoes were needed, she took along a pair of the shoes.

“When I was a freshman in college, I’d help my mom work the shows,” Powell said. “We’d bring the shoes, thinking that the people walking around the market needed comfortable shoes.”

The shoes were a sensation. Customers at the trade shows wanted to stock up on the shoes and sell them in their stores back home. Even though Powell was still in college, she already was building a successful enterprise.

“I had over 300 wholesale accounts when I got out of college,” she said.

Looking to expand beyond her wholesale business, Powell enrolled at SCAD to learn all she could about making shoes.

“I made sure that I learned all that went into the construction of the shoe. I took courses where I made my own shoes from scratch,” she said. “I learned a lot about the technicality of making a shoe.”

Next, she partnered with a Mexican cobbler to produce handmade sandals like the ones that originally caught her eye in San Miguel, and they caught on quickly.

At the time, comfort wasn’t associated with cute shoes, Powell recalled. “Years ago, comfort was kind of a bad word. Now, the demographic of my business has shifted and is younger. There’s more competition. We’ve begun innovating new products and adapting to the market.”

Now, more than 70 cobblers make shoes for the Charleston Shoe Company, producing a rainbow of sandals, plus a line of fall and winter boots and shoes. The array of footwear includes strappy sandals, wedges, a cocktail line, closed toes and boots — even kids versions.

“I think they’re just magical,” Powell said. “Twenty years later, it never gets old to watch someone slip on our shoes for the very first time and be surprised at the comfort. It’s the same response every time and it makes me feel good.”