If there’s one architectural element that epitomizes Southern living, it’s the porch. Sure, it’s changed over time — in the old days, porches usually were restricted to the front of the house, while today they can be found on all sides — but the porch has endured for more than 200 years.

“I feel the porch defines the house,” said Randolph Stewart, owner of R. Stewart Design in Bluffton. “Traditionally, it’s a love affair. We didn’t invent the wheel, but we sure use the hell out of it. It’s the same thing with the porch. There’s a function for it, and the function today is the same as it has been.” 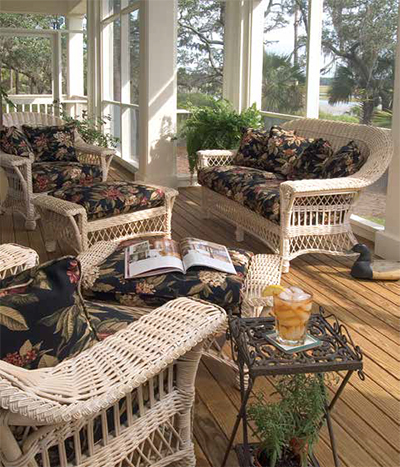 Porches became popular in the South because of the region’s climate, but they quickly turned into social gathering spots and a mainstay of Lowcountry architecture, as evidenced by homes from Charleston to Savannah.

“We pull from traditional architecture in our designs where our clients are looking to evoke a sense of history,” said William Court, a partner in Bluffton’s Court Atkins Group, of homes his company has designed in Palmetto Bluff and Oldfield. “If you go back to the roots of what these porches were doing, they provided shade, protection to the home, outdoor living space protected from the elements, an opportunity to capture breezes and make Southern life enjoyable and livable at certain times of the year when the home would have been oppressive with heat.”

I feel the porch defines the house.

In the late 1700s and throughout the next century, the front porch faced the street, the hub of public communal life. It was a neighborly environment filled with social interaction between homeowners and passers-by.

“It was very important to sit on that porch, and say, ‘How are you doing today?’” said Stewart, who also is a preservationist, urban planner and magazine publisher. “It’s an important distinction between the public realm and the private realm.” 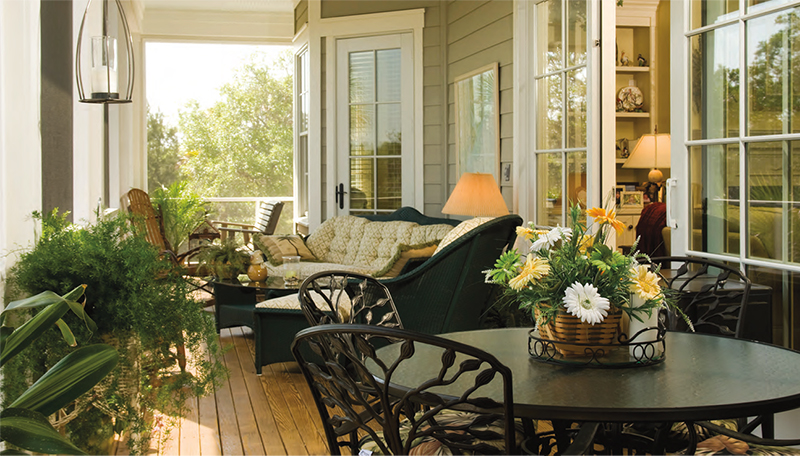 While porches provided a part-time outdoor living space in the days before electricity — and air conditioning — they did have a drawback.

“Here’s the catch-22,” said Stewart, who has restored 30 homes on the National Register of Historic Places. “You’ve got a 10- to 12-foot porch that blocks light. So, if your house is two rooms deep, you’re not going to get a lot of light in the center of your house. So that’s where the dormer (windows) came in.”

Porch floors were built of dense grain heart pine or cypress wood and ceilings were often painted a shade known as “haint blue” to ward off evil spirits, according to folklore, and to repel insects.

Double-stacked front porches — one on each level of the house — are signatures of the antebellum period. For examples, look at the Rhett House, built in 1800, and the Cuthbert House, built circa 1790: two neoclassical Beaufort masterpieces that today have been turned into bed-and-breakfasts. They each front the river on Bay Street and feature multiple large, cylindrical columns stretching from floor to ceiling that were both aesthetically pleasing and structurally necessary. 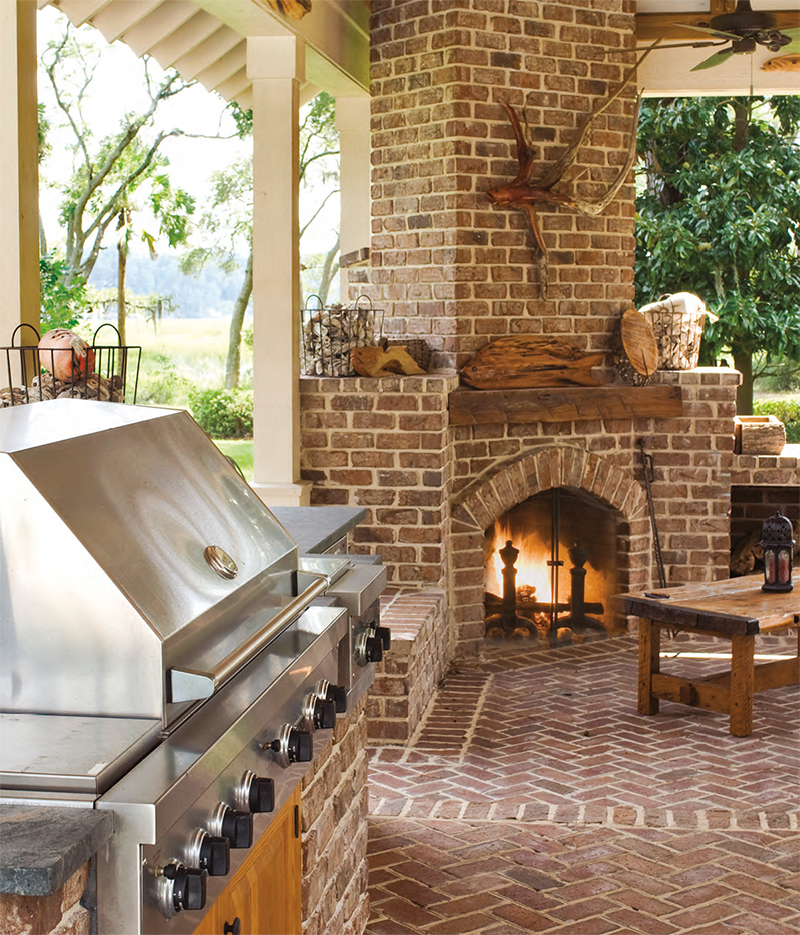 Porches are also ubiquitous features in the eight antebellum homes in Bluffton that survived the “burning of Bluffton” in 1863 by Union forces, including one overlooking the May River. Antebellum homes used porches to capture wind coming in off the water.

We pull from traditionalarchitecture in our designs.

“You would do an L-shaped porch or a U-shaped porch to gather prevailing winds…and it still holds true,” Stewart said.

Though front porches are no longer the center of the social scene and don’t have the same practical benefits when it comes to heating and cooling, they’re still in demand. Lowcountry architects are being asked to design functional front and back porches and patios that allow for entertaining, without sacrificing any of the charm. 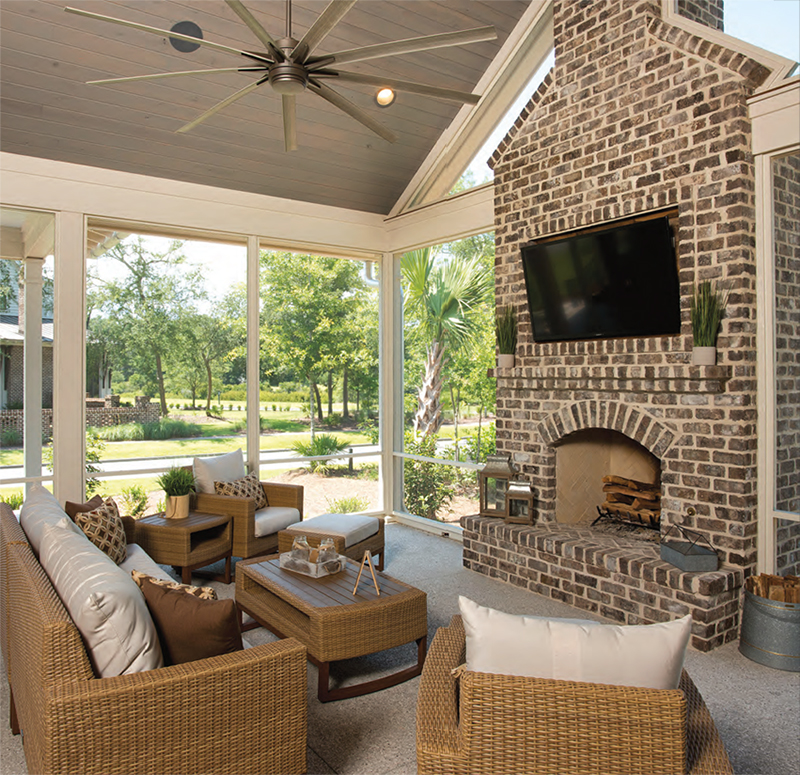 “We’re developing porches that have something to do with the spirit of the traditional Lowcountry porch: exposed rafter tails, big overhangs, simple wood columns and raised porches,” Court said. “Our porch floors now may be synthetic rather than pine, but it’s still that tongue-and-groove painted look of a porch floor.”

“As life has evolved and modernized and communities have modernized, homes have become more private and it’s less about street life. It’s about creating more outdoor living,” Court said. “We’re striving now for our clients to seamlessly transition between the indoors to the porch living to the outdoor living that all have a sense of flow and function. We’re starting to see a trend in all-season, all-weather, all-environment porches.”