The Lowcountry’s most talented builders and designers were recognized at the annual LightHouse Awards gala on Nov. 8 at the Sonesta Resort on Hilton Head Island.

“The LightHouse Awards are truly like the Academy Awards for our local building industry,” said Dan Monroe, chairman of the LightHouse Awards program since its inception. “It gives builders and designers the opportunity to be recognized for the hard work, talent and vision.”

An award for excellence in community service also was new. The Joseph C. Harden Community Excellence Award went to Fraser Construction for its long-time commitment to serving the Lowcountry.

Architects and interior designers also were recognized, as were sales and marketing professionals.

The LightHouse Awards have been presented annually for the past 20 years to qualified members of the association for projects throughout the Lowcountry.

This year's competition drew the most entries ever. Thirty-five companies— including remodelers, custom, and semi-custom builders— submitted 82 entries. In addition, eight firms submitted 28 interior and architectural design projects, for a total of 110 qualifying projects.

Entries are categorized based on the project’s cost and square footage. The costs of this year’s remodeling projects and new construction ranged from $50,000 to more than $5 million.

Twelve judges representing builders, remodelers, architects and other industry professionals came to the Lowcountry from Georgia, North Carolina, South Carolina, and Florida in mid-September to inspect each entry’s construction quality. The judges spent two and a half days visiting entries from Hilton Head Island to Fripp Island to Ridgeland.

Master of ceremonies Monty Jett announced the winners and presented the marble obelisk awards that resemble a lighthouse.

“For many of these builders, after spending 12 to 15 months or longer working on a project, where even the smallest detail could impact the overall outcome, the LightHouse Awards symbolize one of the highest career honors,” Monroe said. 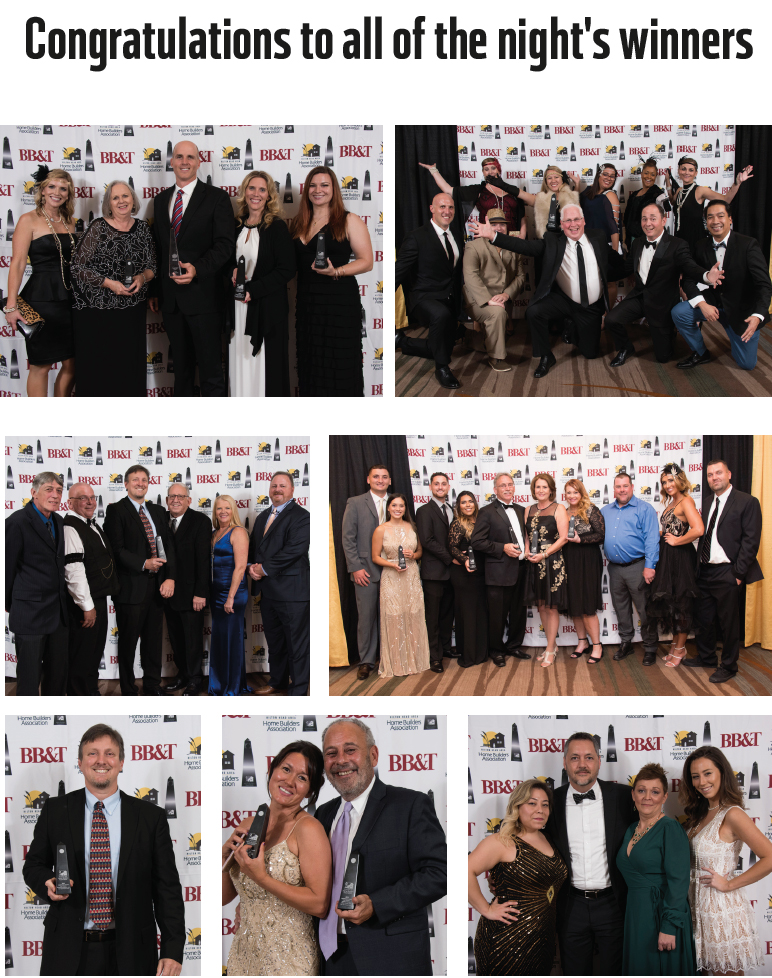