SPENDING TIME WITH KIDS HAS HEALTH BENEFITS FOR GRANDPARENTS

Eat healthy. Get daily exercise. Get regular checkups. These are all tips that doctors say can help improve seniors’ health.

A 2016 study in medical journal Evolution and Human Behavior suggested that grandparents who help care for their grandchildren — but who do not have custodial responsibilities — live longer than other seniors and have a better quality of life.

Patty Zensinger of Hilton Head Island has three grandchildren and one more on the way. She sees her son’s two children once a week, and she spends three days a week babysitting her daughter’s 3-year-old son, Oliver. 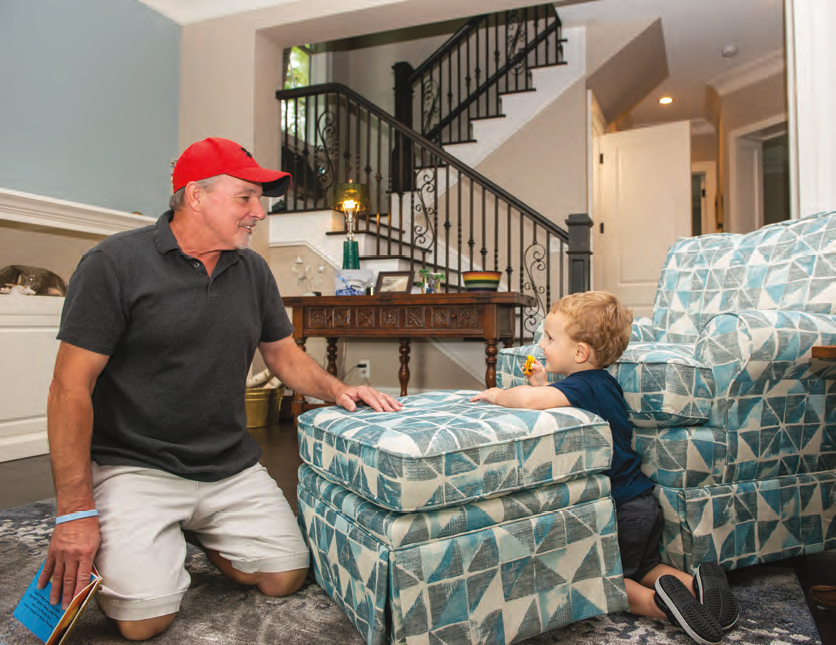 “They keep me so young,” said Zensinger, 65. “I’m on the floor with him all the time. It’s an adventure with him.”

The pair stay busy: They go swimming, they go to the park to play with friends, they garden. Researchers say that’s the key to living a longer, better life.

“You’re stimulated,” said local psychologist Maria Malcolm. “You’re happy. And having those experiences on a regular basis is going to have a protective factor when you’re thinking about decline and dementia.”

Malcolm said the Journal of the American Medical Association has identified three different things that support cognitive health in older patients: proper medical care, lifestyle habits, and mental and social well-being. Spending time with young people, she said, can help with all three, as well as ward off depression because it imbues your life with a sense of purpose.

THEY KEEP ME SO YOUNG. 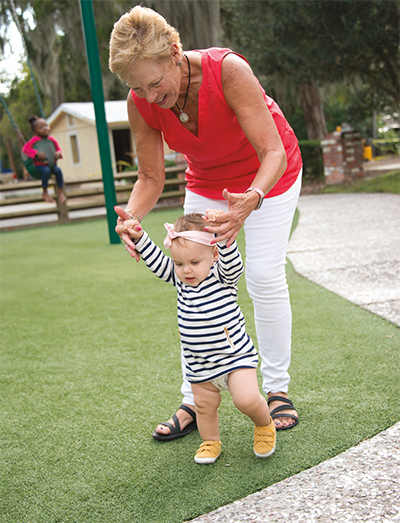 One reason that grandparents who babysit might be less likely to develop dementia, she said, is that it keeps their brains active. Learning new skills helps support cognitive function and brain health as we age — so ask your grandchild to teach you how to play his favorite video game or how to do his favorite arts-and-craft project.

Zensinger said she learns a lot by spending time with Oliver.

“He keeps me sharp,” she said. “He asks an awful lot of questions, and if I don’t know the answer, we have to look it up on the internet.”

Also on Hilton Head Island, Tracy and Wes Breinich look after their grandsons — 2-year old Brayden and 1-year-old Jaxon — three to four evenings a week while Tracy’s son and his wife work.

“I read to them. We take them through the neighborhood in a stroller or on their little bikes,” she said. “I cook dinner and give them baths.”

If the weather is nice, the boys enjoy visiting Jarvis Creek Park and the splash deck at Coligny Beach Park.

Tracy doesn’t work outside the home, but Wes still works full time. She says caring for the boys “keeps her busy so I don’t get bored” and also fosters closeness with her son and daughter-in-law.

“When my son drops the boys off, he normally comes a half an hour or 45 minutes early to hang out with us,” she said.

Her daughter-in-law also stays to chat awhile when she picks the boys up. 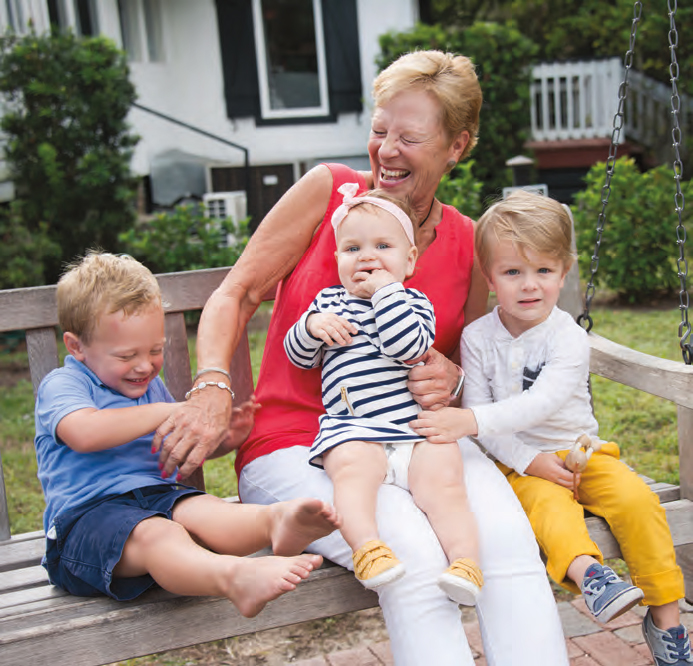 "If we weren’t involved in their care, we wouldn’t see them as often,” Tracy said. “It has made us closer.”

Don’t have grandkids? There are still plenty of opportunities to spend quality time with youngsters, and doctors say volunteering with young students at schools, churches and community centers can have the same health benefits.

And, of course, children also benefit from time spent with their grandparents or older members of the community — they thrive thank to the extra attention and form lifelong memories about the special relationship.

“Just to know that those children will grow up being able to look back and think about time spent across the generations,” Malcolm said, “it really sets a foundation for emotional health for the kids as they grow and for the grandparents as they age.”