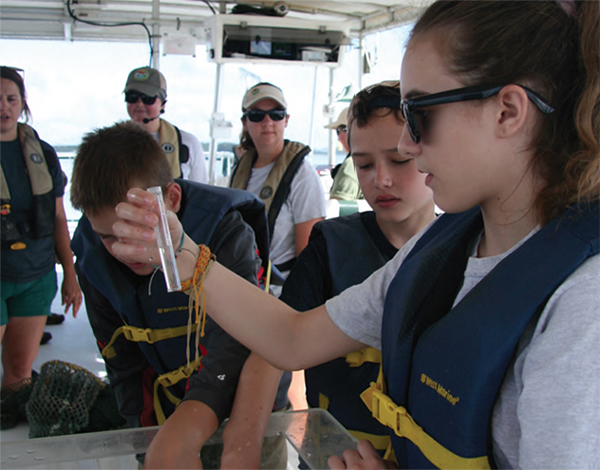 Some of the Lowcountry’s future marine biologists will have discovered their vocation on the Discovery, which takes kids out on the water to do real science.

Educational excursions aboard the 45-foot catamaran have offered students from May River High School, Hilton Head Christian Academy, Hilton Head Preparatory School and other area public and private schools what environmental educators call “placebased” lessons — their focus is the natural environment where the kids live.

“What temperature do you think the water is?” asked Kacie Ferguson, an environmental educator with the South Carolina Department of Natural Resources, during a recent Discovery outing.

A boatload of middle school students from Hilton Head Christian Academy — all wearing lifejackets — started offering their best guesses. As The Discovery set sail from Port Royal Sound Foundation’s dock and down the Chechessee River with the students and their teachers on board, it was time to find out.

Their experience echoes current research methods and give them a taste of the life of marine biologists. 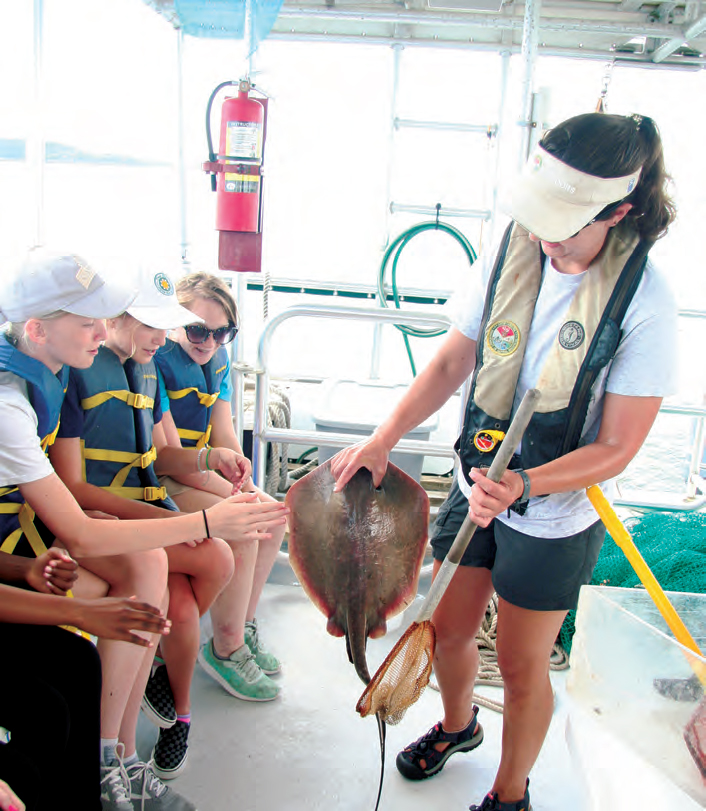 Working in groups of three, the students measured the temperature, salinity and concentrations of nitrogen and oxygen in samples they drew from buckets of salty water from the Chechessee.

As they collected data and noted their findings, the boat’s staff explained the ideal levels for each value and asked questions that made them think:

“What can raise the levels of nitrogen in a body of water?” they asked. Answer: Runoff from lawn fertilizer, among other things. 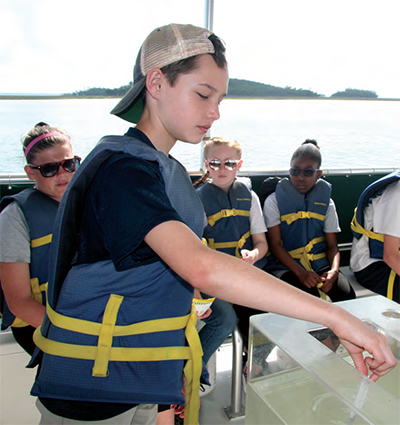 Another question: “Why would we be concerned if the temperature of the water is higher than expected?” One answer supplied by a student: It might mean that the Lowcountry is feeling the effects of global warming.

Programs on The Discovery stick close to the relevant state standards that underlie the science curriculum for the students’ grade level. But it’s not all business out on the water.

As Ferguson and Erica Connery hauled in a net full of marine specimens — which were later released unharmed — the kids leaned in close to see the fish, crabs, and shrimp.

Their favorite was a small stingray captured when its barbed tail tangled in the net. “Let’s name it!,” shouted one pig-tailed participant.

For reasons that probably defy a scientific explanation, the group named the stingray Marcus. When it swam vigorously away from the boat, some of the students cheered loudly. 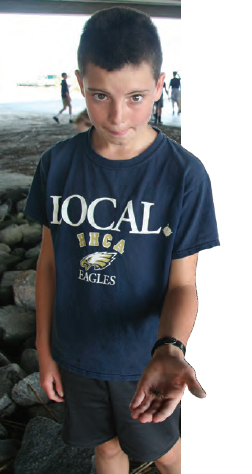 To book an educational field trip on the Discovery when it docks at Port Royal Sound Foundation in October, teachers should contact the S.C. Department of Natural Resources at email MarineEducation@dnr.sc.gov. For more information go to: dnr.sc.gov/marine/discovery.