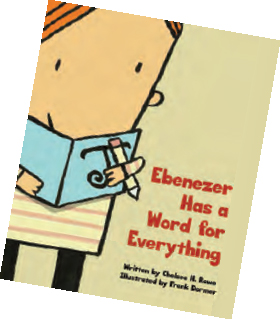 “Ebenezer Has a Word for Everything”

Chelsea Rowe always wanted to be a writer. She had written for newspapers and magazines in the past, but whe she began home-schooling her four kids, she realized she wanted to write a children’s book.

“I was reading a lot of stuff that frankly, I didn’t love,” Rowe said about the books she read to her children. “I felt like you could combine education with fun and humor, and it would be enjoyable for a child to read.”

So that’s what the owner of Savannah Picnic Company did. “Ebenezer Has a Word for Everything” is written for ages 4 to 8, and is filled with vocabulary words and a glossary with fun, childlike definitions. It follows a boy named Ebenezer, who has a strange hobby: Instead of collecting rocks or stamps, he collect words. He tries to share his words with others, but no one is interested.

Then one day Ebenezer meets a boy named Fitzgerald, who collects ideas. Fitzgerald has plenty of ideas, but has a hard time putting them into words. The pair find the perfect friendship and find that by combining their interests, they can write stories and entertain people. The book can be found at The Storybook Shoppe in Bluffton and at Barnes & Noble in Savannah, or online through Amazon. 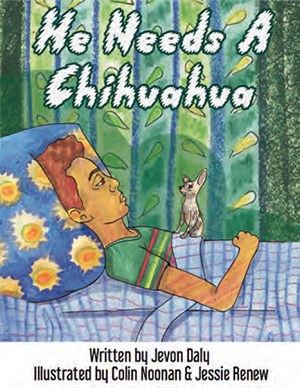 “He Needs a Chihuahua”

Local musician Jevon Daly is writing more than songs these days. He recently published a children’s book called “He Needs a Chihuahua.”

The book started out as a song Daly wrote for one of his bands, Lowcountry Boil Bluegrass Band, but he realized it would be a great opportunity to reach a completely different audience.

The book is based on an urban myth Daly and his family heard about while living on the Caribbean island of St. Thomas in the 1970s. Daly suffered from severe asthma as a child, and someone told his parents that chihuahuas take asthma away from children.

Daly’s parents, who had tried everything to help their son, went out and got him a chihuahua. Somehow, the dog did seem to take on his symptoms and give him relief.

The book ends with the dog wheezing, moaning and telling his owners to call the doctor for him.

“He Needs a Chihuahua” is available at The Sandbox: An Interactive Children’s Museum, Dockside, Skull Creek Boathouse and Cahill’s Market. 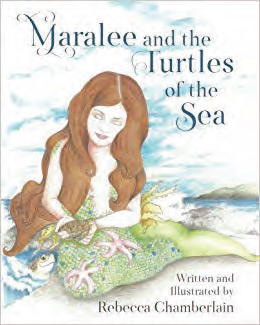 “Maralee and the Turtles of the Sea”

WRITTEN AND ILLUSTRATED BY REBECCA CHAMBERLAIN

A professional artist based on Lady’s Island, Rebecca Chamberlain became fascinated with sea turtles years ago after watching a documentary with her daughter.

She decided to turn her love of the creatures into a children’s book. In “Maralee and the Turtles of the Sea,” a mermaid named Maralee is sent on a mission by King Neptune to guide baby sea turtles through dangerous waters and make sure they make it to adulthood.

The main character was inspired by Chamberlain’s daughter, Katie, who was the model for the mermaid illustration. Now 12, Katie dresses up as a mermaid to greet children at story times around town.

“Maralee and the Turtles of the Sea” is available at The Storybook Shoppe in Bluffton and MacDonald Marketplace on St. Helena Island, and online through Amazon, Barnes & Noble or Chamberlain’s website, www.rchamberlainart.com. 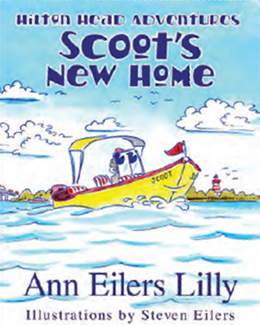 After moving to Hilton Head Island from Kentucky years ago, Ann Eilers Lilly started making up stories while out on the family boat. She has turned one of those stories into a children’s book.

As a real estate agent, she was looking for a way to promote Hilton Head and thought the stories she made up years ago would be a great children’s book. She wanted her book to include a lesson for young readers, and was reminded of how nervous her children, then 6 and 13, had been when the family moved to the island. And thus, Scoot’s story was born.

In “Scoot’s New Home,” a boat named Scoot was sold to someone on Hilton Head. The little boat was scared when he first moved to the island, but by the end of the book, he has made new friends, had some fun and is happy to be there.

“Change can be scary, but it can be really good too,” Lilly said.

Lilly hopes to release a sequel to the book by summer. You can find “Scoot’s New Home” at the Coastal Discovery Museum, The Boathouse, The Sandbox: An Interactive Children’s Museum, various local gift shops and restaurants, and on Amazon.