More than three centuries have passed since the Yemassee left their historic home in the Georgia mountains, looking to escape encroachment by Spanish settlers and make a new life amid the bountiful land and waters around what we now know as Hilton Head and Daufuskie islands.

Years of history — the appearance of English-speaking colonists, the American Revolution, African slavery, the Civil War, and modern development — have rendered it all but impossible to experience the islands’ sounds, creeks and rivers as the canoe-paddling Yemassee did. Even the ecosystem on Pinckney Island National Wildlife Refuge, free of human habitation and agriculture for almost a half century, is still slowly reverting to a natural maritime forest. 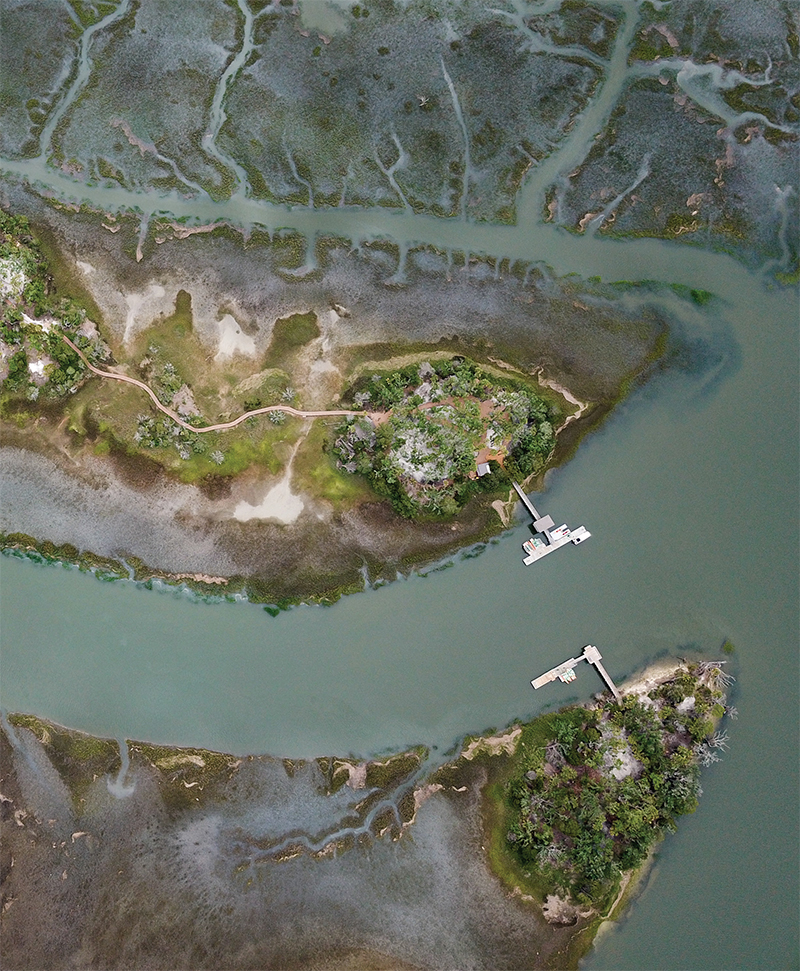 But if you squint just a bit and let your imagination run free, you can join Outside Hilton Head on a kayak excursion to Page Island, a series of islets tucked away behind Daufuskie, that allows you to explore native landscapes that remain much the same as they were when the Yemassee arrived.

A 45-minute boat ride takes you across Calibogue Sound, along an oxbow of the Cooper River, and then down Ramshorn Creek (like all local “creeks” and “rivers,” they aren’t, really; lacking a freshwater source, they rise and fall with the tide, just like the rest of the vast Intracoastal Waterway that stretches from Boston to Florida). Disembarking on a dock at a small, lightly developed island — think hammocks and shelters, not cabins or roads — paddlers don lifejackets and follow a guide into a spartina grass-enclosed channel circumnavigating the islands. 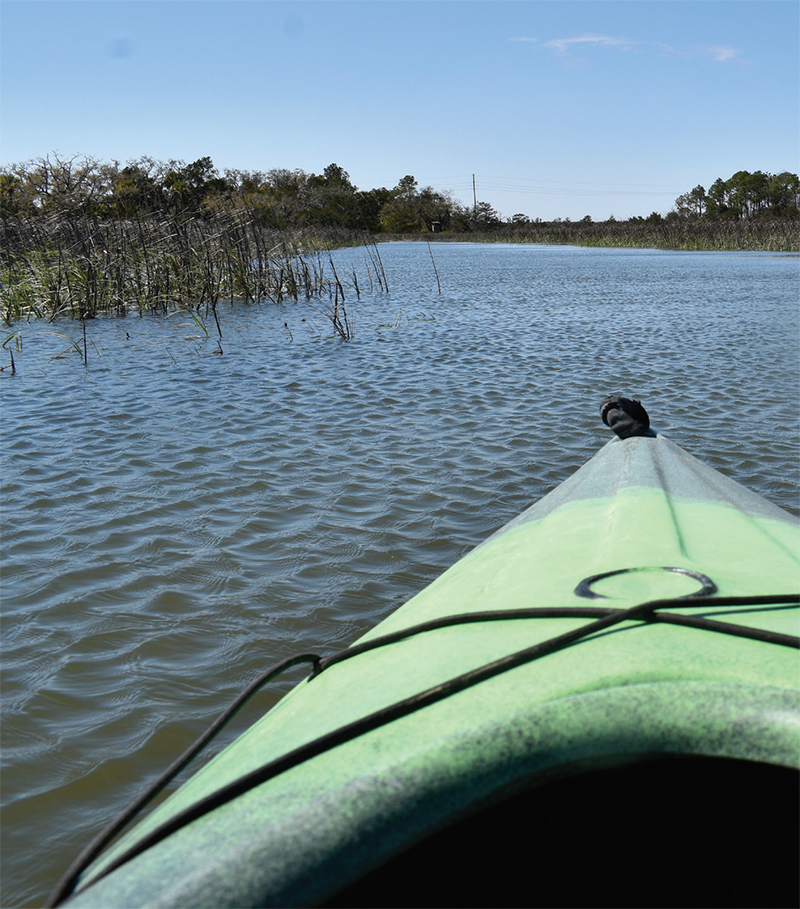 In summer, the spartina can rise five or six feet on either side of the channel, a green wall that has been renewing itself annually for centuries. Dead shoots fall into the water in fall and winter to be carried away by the tides. Deposited on coastal beaches, they become anchor points for the creation of sand dunes.

Dip your paddle into the mud below your kayak and you feel the scrape of oysters. This staple food for the Yemassee requires both tidal submersion and exposure to air to thrive. Wading birds stalk the shoreline, while osprey, vultures, gulls and even eagles soar and circle overhead. 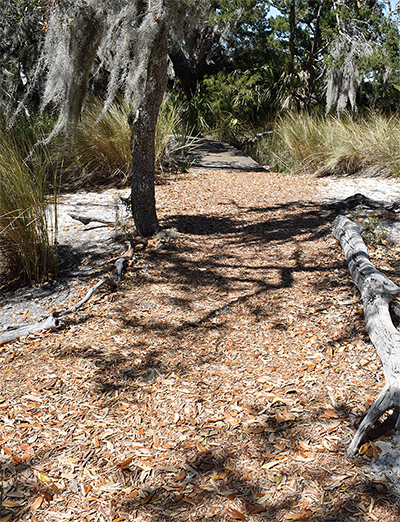 If conditions permit, you can paddle back to the dock via the Cooper River and Ramshorn Creek, where you might just see dolphins.

Once you put your paddle away, you can explore the islands on foot. While Outside Hilton Head has constructed boardwalks between the first five of the islets, the last three are entirely undeveloped. Exploring Page Island’s native maritime forest ecosystem with the sun on your back and the scent of cedars in your nostrils might be as close to a true Yemassee experience as you can find.

And if there’s time, your guide may even swing by a 300-year-old shell midden or heap, complete with pottery shards, on the trip back to Shelter Cove.

How to go to Page Island