“They all look like dinosaurs,” Hilton Head Island resident and Tesla automobile owner Edmond Hopper said as he watched conventional, gasoline-powered cars drive down U.S. 278. “I like technology, and I like saving the environment.”

The day his effervescent other half, Rheney, celebrated a milestone birthday, Edmond sat her down at his laptop and told her to select the final finishes of her new Tesla Model 3. Stunned, she leaned in to point and click, and with a deposit of $2,500 the car was hers.

Because Tesla doesn’t do dealerships, you can’t buy a Tesla and pick it up today. Or next year. And maybe not even the next; the Hoppers had to wait three years before their Model 3 was delivered to a service center in Jacksonville.

But like many who have made the switch to electric cars, the Hilton Head Island couple says it was worth the wait.

Automakers, betting that more drivers like the Hoppers will choose electric for their next cars, are launching dozens of electric cars over the next three years. At the North American International Auto Show in Detroit in January, Hyundai, Kia, Mini, Nissan and Audi displayed electric models due in the United States this year. 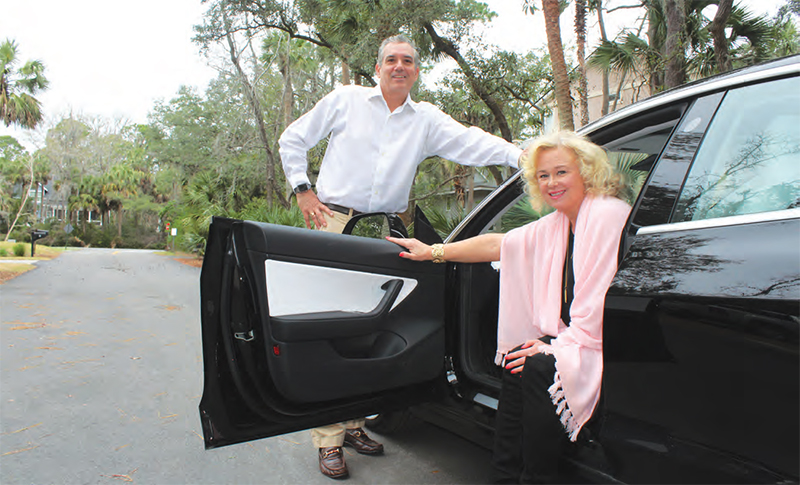 Ford is spending $11 billion to develop 16 battery-powered vehicles and 24 other types of electric cars in the next five years. General Motors is making a similar push, increasing production of the electric Chevrolet Volt and making electric cars a key part of Cadillac’s lineup. This year, BMW is producing an all-electric Mini.

But they’ll have to appeal to consumers’ changing tastes. The Model 3, the Chevrolet Volt and the Nissan Leaf are all small cars, a type of vehicle that fewer Americans are buying. Ford, Nissan and others are working on roomier, S.U.V.-like electric models that they hope will have wider appeal. 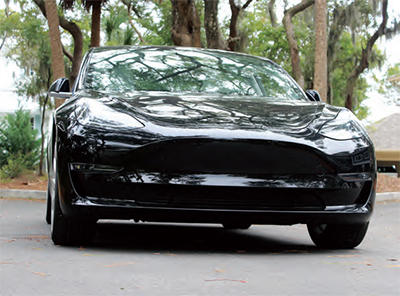 Auto industry say electric car makers have a few challenges: They must expand battery capacity for longer-range travel and improve customer service. Their biggest hurdle? Convincing customers that they need or want an electric car. Mainstream consumers may be harder to win over than the wealthy luxury car buyers, hard-core environmentalists and early adopters who delivered Tesla’s rapid sales growth.

Bob Carr, a former U.S. congressman from Michigan and chairman of the U.S. House Appropriations Subcommittee on Transportation who now owns a Tesla 3, blames innate resistance to change.

“Smartphones are making higher velocity changes more comfortable to the consumer, especially those who are younger and more adaptable,” he said. “But adoption may not be fast enough to create the demand necessary for production rates that would make EVs more affordable. They are all linked.” 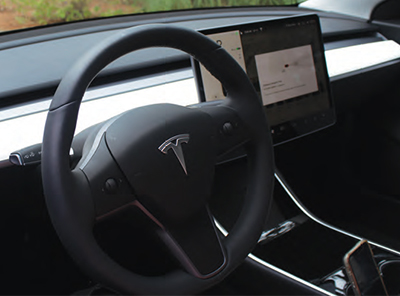 Manufacturers are betting on China and Europe, where government subsidies and aggressive environmental laws are spurring sales of zero-emission vehicles, to drive profits. Sales are less certain in the United States, in part because gasoline remains cheap and the Trump administration has pulled back on emissions regulations and federal subsidies for electric vehicles.

Officials say 2018 was the best year for U.S. electric car sales; 361,000 electric and plug-in hybrid vehicles were sold, making up 2 percent of car purchases. That’s up 81 percent over 2017, according to InsideEVs.com. Tesla, which has struggled with production and delivery problems, accounted for half of those sales. Currently, South Carolina drivers own more than 2,400 electric cars. 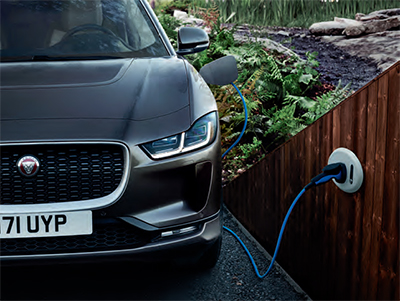 Automakers say improvements in battery technology and declining battery prices will enable them to produce electric cars with greater range, but the base model Tesla 3, for example, goes about 220 miles on a single charge. And while more public charging stations are popping up, there are still only about 20,000 in the U.S., compared to more than 150,000 gas stations. Homeowners can install charging units in their garages, but those who live in rental homes and in apartments don’t have that option.

“EVs are best-suited for people who own a home and have a home charger. Again, this nudges the affordability issue,” Carr said.

Charging time is another issue. Even Tesla’s Superchargers require 40 minutes to provide an 80 percent charge. Charging at home is generally an overnight job. 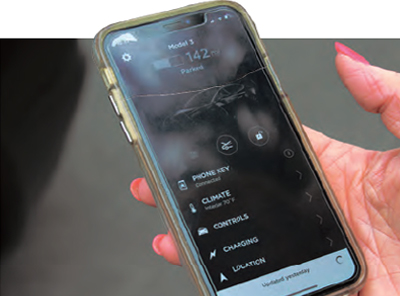 EVs are still pricey for the average consumer, even considering the lower operating cost. The initial outlay is higher than most people with average incomes can afford.

The current base price for the Tesla Model 3 is $45,000 — though that might seem like a deal to many people. The target base price for 2019 is $35,000, but you’ll have to forgo Autopilot, Tesla's driver-assist technology. However, Bloomberg New Energy Finance predicts that electric cars will become cheaper than conventional cars with comparable options between 2025 and 2030.

Part of the price reflects advances in technology. The Honda Clarity Electric comes with multiple safety and driver-assistive programs to assist and protect drivers and passengers. In the Tesla 3, the climate control system can be programmed to keep the car cool while parked. No need to worry about passersby reporting you if you leave your dog inside the car: Your large digital onscreen will broadcast 72°F besides a robotic puppy wagging its tail. The interior of the Model 3 is dominated by a large touch screen and many of the controls are voice-activated.

Advocates say that electric vehicles aren’t any pricier than many ultra-luxury gas-powered cars. For example, the 2019 Tesla Model X SUV starts at $82,000, and the new Porsche Taycan will start at about $90,000 — although the top version could be as much as $230,000.

The cost becomes more competitive when you factor in fuel savings and government incentives. The electricity to charge an electric car works out about a third less than what the gas would run the same car similar miles. Maintenance costs are also significantly reduced.

Congress last year approved federal tax credits that reduce the cost of electric vehicles, but how much you receive is determined by the number of vehicles like yours that have already been sold, the battery capacity of the car and your tax situation. 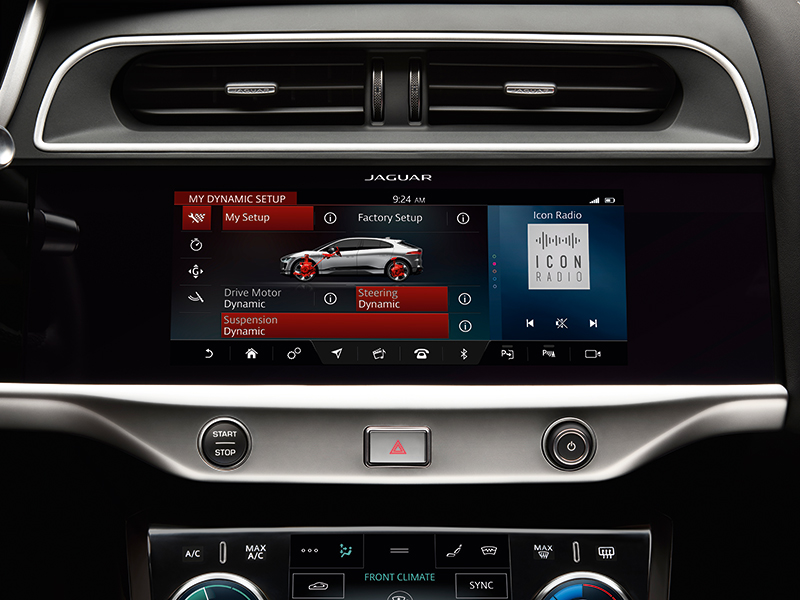 “The legislation was to incentivize the manufacturer, not particularly the auto buyer. The idea was to help create a market that incentivizes the manufacturers to invest the dollars in EV design, development and sales,” Carr said.

“South Carolina does not have a tax incentive for EV’s at the moment,” State Rep. Jeff Bradley said. The state also doesn’t have specific EV charging rates.

Consumer protection advocates recommend talking with an accountant or tax professional if you’re considering buying an electric vehicle. And don’t forget: “Insurance rates tend to be higher. While they may be safer and have fewer accidents, when damage occurs, it is more expensive to fix,” Carr said. 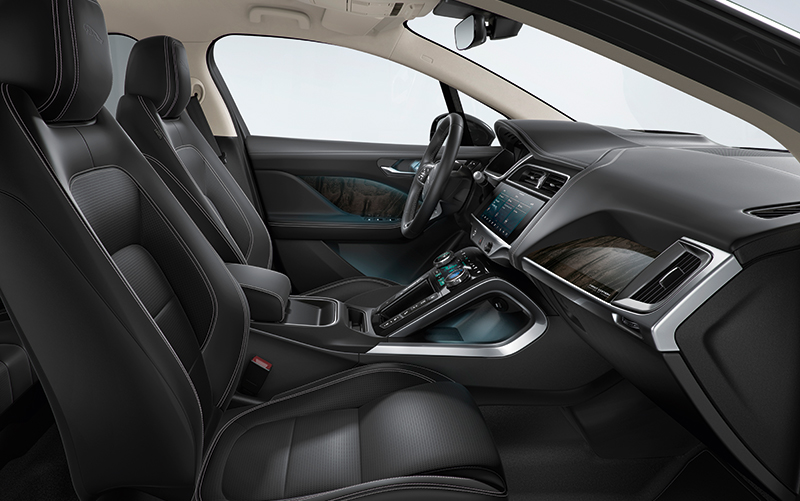 But at least you can count on performance: Electric cars are quiet, and their pickup is legendary. The all-electric Jaguar I-Pace packs a whopping 394 horsepower and 512 pound-feet of torque. It goes 0 to 60 mph in 4.5 seconds. The Tesla Model 3 takes 5.1 seconds. A typical gas car can get there about 6 seconds.

Being able to feel good about your car is an added benefit.