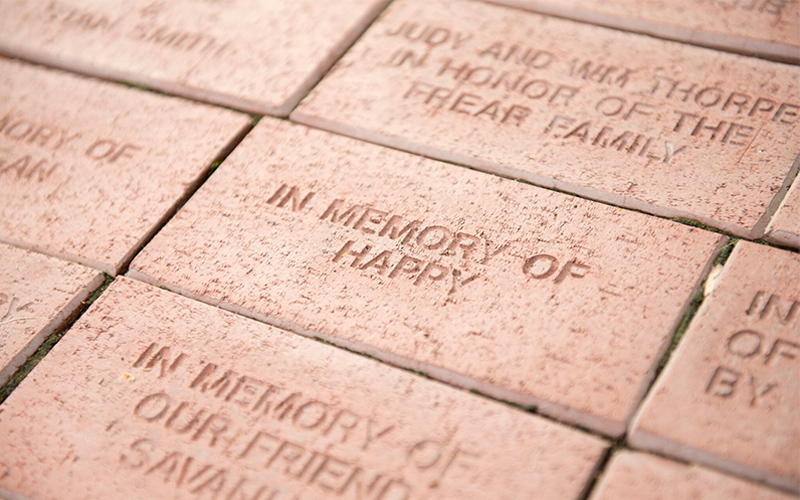 This holiday season, look beyond the usual gifts of gadgets and gizmos in favor of something with a little more meaning.

‘Tis the season for the age-old question: What to give the person on your list who has everything? Here’s one idea: The great feeling that comes from supporting local nonprofit groups in the valuable work they do all year.

Here are a few gifts that give back in a big way.

Become a citizen of Mitchelville

Most visitors — indeed, most residents — don’t know that the nation’s first town for and run by freed slaves was established on Hilton Head Island during the Civil War.

Mitchelville, named after the Union general who established the community in 1862, was home to at least 1,500 by the end of the war — residents who built streets, elected town officials, passed laws, established a thriving economy, collected taxes and educated its children.

“This experiment is to give you freedom, position, homes, your families, properties, your own soil,” Gen. Ormsby Mitchel declared in establishing Mitchelville.

When Congress ordered that the land confiscated during Civil War be returned to its previous owners, Mitchelville declined and eventually dissolved. But the community remains a shining example more than 150 years later.

“It was the first opportunity for African-Americans to be citizens, practice democracy, be free and have their own property,” says Ahmad Ward, executive director of the Mitchelville Preservation Project. “When these former slaves could finally act as citizens, they flourished.” 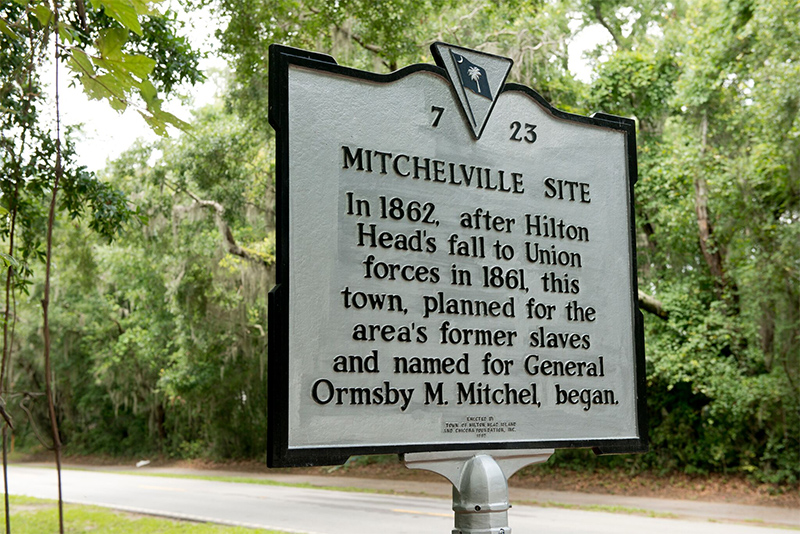 The nonprofit group is in the midst of a master planning process to create the Historic Mitchelville Freedom Park, a scale recreation of part of the community on 23 acres at the town’s original site. You can support the project by becoming an honorary citizen of Mitchelville, at levels ranging from citizen ($18.62) to Town Council member ($550) and beyond.

For more information, go to www.exploremitchelville.org.

The new Beaufort County Animal Campus in Okatie, a joint project of the Hilton Head Humane Association and Beaufort County Animal Services, is slated to open this month and will serve local animals in three ways: It will be the new home of Animal Services, which promotes responsible pet and livestock ownership. The campus also will serve as a second adoption center for Hilton Head Humane. And it will be the site of a new spay-neuter clinic.

“It’s going to be so much better,” said Tallulah Trice, director of Beaufort County Animal Services.

Trice says the partnership between Hilton Head Humane and her organization already has been beneficial for local animals over the past several years. 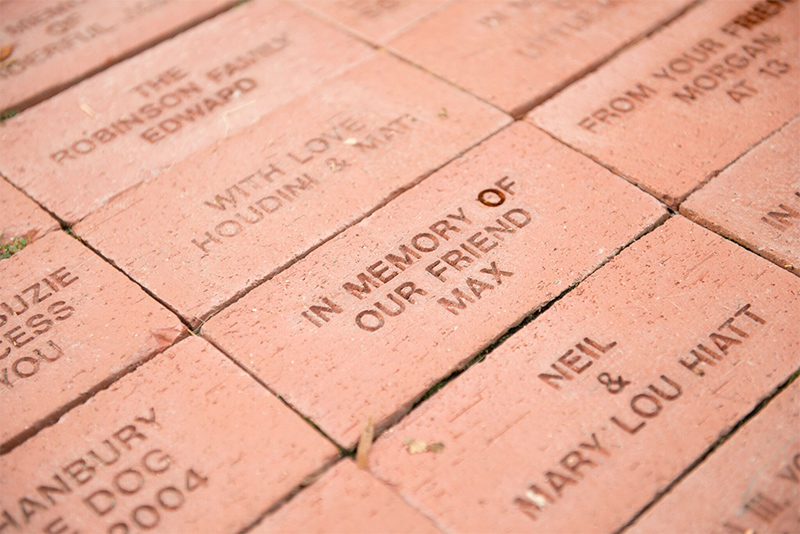 “But with the new campus, we know we are going to achieve far more,” she said. “It will play a critical role in helping us focus on efforts to shelter animals most in need. And it will help toward community pet-retention programs, keeping more people and pets together.”

You can help Beaufort County’s animals through the campus’ Trails for Tails brick campaign. For a $100 donation, a 4-by-8-inch brick engraved with up to three lines of personalized text will be placed in the memorial walkway; for $200, you’ll get an 8-by-8-inch brick with six lines of text. Bricks featuring corporate logos are available for a $300 donation.

For more information, go to www.takeushome.org. 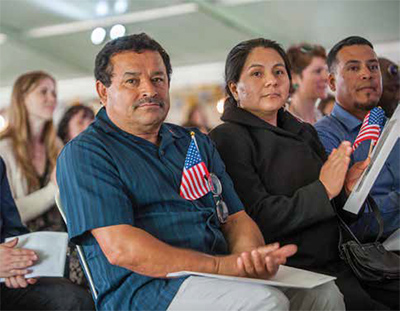 Becoming a citizen of the United States is not just a complicated process. It’s also very expensive. Legal immigrant residents must pay an $800 fee to take the citizenship test, as well as invest significant time and energy to prepare.

“They [immigrants applying for citizenship] have to go take the examination in Charleston, and they can be called to Charleston at any time with the snap of a finger for fingerprinting or any other part of the testing,” said Pam Wall, executive director of The Literacy Center in Bluffton. “And a lot of them have to hire attorneys, so the whole process can cost upward of $1,000.”

But the relief and pride that new citizens feel after their swearing-in ceremony clearly makes the cost worthwhile.

“This is a big deal to them. They are very proud. They may take their parents, or bring their children, dressed like they are going to church, to attend the ceremony,” Wall said.

The Literacy Center, founded in 1973, helps teach adults the reading, writing, speaking and math skills they need to be successful at home and in the community. The center currently serves about 600 students a year at six locations across Beaufort County.

Now you can help defray the costs for a student to become a legal U.S. citizen by donating to the center’s American Dream Scholarship Fund.

“It is such a worthwhile opportunity as a gift, instead of a box filled with something you’ll have to take back to the store,” Wall said.

For more information, go to www.theliteracycenter.org.

Stock the pantry at a low-income after-school program

With many of their parents working full-time, dozens of kids who live at Bluffton’s Simmons Cay Apartments spend their afternoons at a Neighborhood Outreach Connection after-school program. 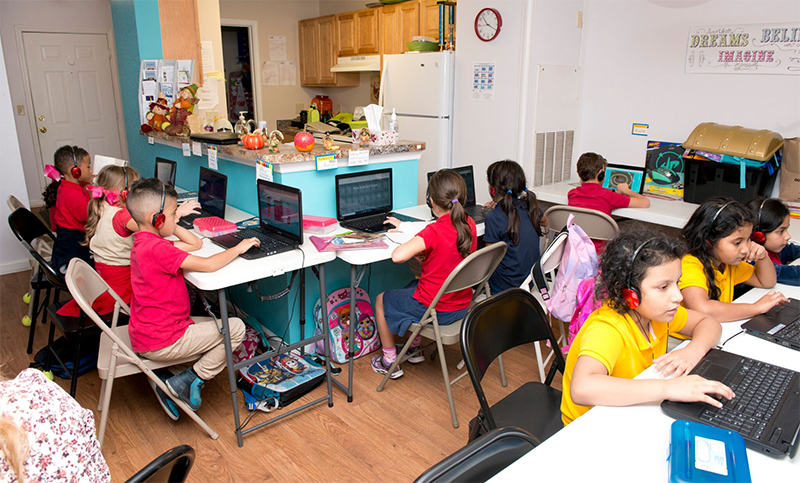 “Most of their parents work two jobs, and in some cases, they are single parents. I even have a father who is taking care of his three children by himself. These are parents that care about their children’s education, but don’t have the tools to help them at home,” said Abby Miranda-Seda, program manager at Neighborhood Outreach Connection’s 21st Century Learning Center, located in the Simmons Cay complex. The nonprofit group also operates six other locations across Beaufort County, all in areas where children are at risk for poverty and low academic achievement.

The group provides education, mentors and technology to empower children and raise them out of poverty, Miranda-Seda said.

“Children who live in these places have a safe place to come after school, where they learn to value hard work and are rewarded with improved skills and successful outcomes in school and in their overall lives,” she added. 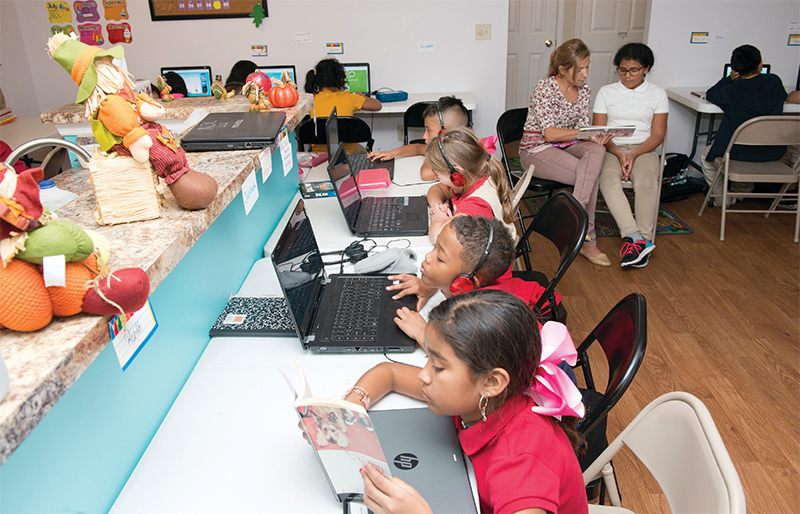 Many of the kids show up hungry and exhausted, so the program provides snacks. You can help keep these local kids on track and working toward moree productive lives, by donating a Walmart gift certificate to help buy snacks, or check out the program’s wish list, which includes larger-ticket items such as a refrigerator and laser printer.

For more information, go to www.noc-sc.org/get-involved/donate.

Just about anyone who’s been to the beach around Hilton Head, whether tourist or local, has had the delight of spotting a pod of dolphins cruising offshore — sometimes just yards away.

Some of these dolphins are “tourists” themselves, regular visitors who migrate north in the spring and south in the fall. But many are permanent residents of local waters, so well-known that University of South Carolina Beaufort scientists have identified, tracked and even given them names — Lucky, Stumpy (once you see that dorsal fin, you’ll understand), Beggar. 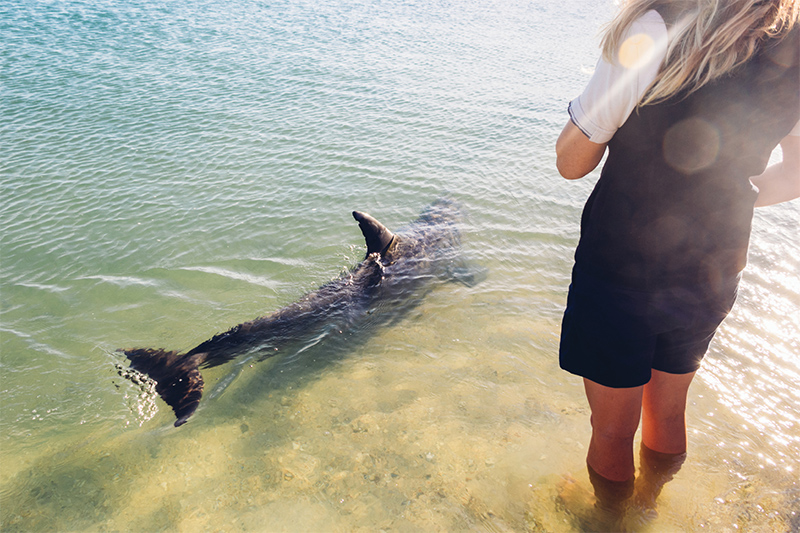 Local Atlantic bottlenose dolphins face various threats and dangers, including noise that interferes with their sonic location capabilities, pollution, injuries from boats, overfishing and climate change. In 2015, USCB launched the Lowcountry Dolphin Conservation Program to monitor the population status and health of dolphins in local waters.

“This data helps us monitor the health of marine animals — from shrimp to red drum to dolphins,” said Eric W. Montie, associate professor of biology at USCB.

Now, through a joint project by USCB and the Coastal Discovery Museum, you can “adopt” a dolphin — whether a visiting bottlenose dolphin for $50 or a resident dolphin for $100 — to support these critical research efforts. In exchange, you’ll learn about our local dolphins and receive updates on the health of local marine estuaries.

“The Adopt-a-Dolphin program is a great way to financially support this research and ensure healthy dolphins for our kids and grandkids,” Montie said.