Thanks to the support of the Rotary Club of Hilton Head, children fighting cancer around the U.S. are introduced to David, a fictional pediatric cancer patient who explains the disease in simple terms and offers ideas to help them cope.

“Children Coping with Cancer” is the 80th book by Speaking Books, a series of educational audiobooks led by longtime Rotary Club of Hilton Head member Brian Julius. The company produces multimedia books that deliver important medical and mental health information to poor and sometimes illiterate communities around the world. The books have been published in more than 40 languages and distributed in more than 30 countries. 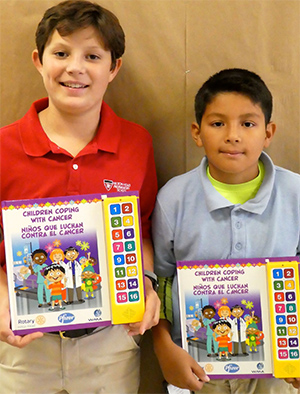 Julius collaborated on this latest book with writer Janine Shamos, as well as the Rotary Club of Hilton Head, Pfizer, the World Medical Association and several pediatric oncologists.

The book is narrated in English and Spanish by Cade Kriscunas, 11, and Efrain Tinoco, 10, two members of the Hilton Head Rotary’s EarlyAct Club.

The new book will be distributed to children’s cancer centers and hospitals across the country free of charge while supplies last.

In addition to educating kids about cancer, the book aims to distract them from the painful treatments they are undergoing and encourage the young warriors on their journey.

This book was personal for Julius, who battled bile duct cancer a few years ago. He wants to encourage others, especially children, who are dealing with the disease.

For more information, go to speakingbooks.com.

“Bones of My Grandfather” 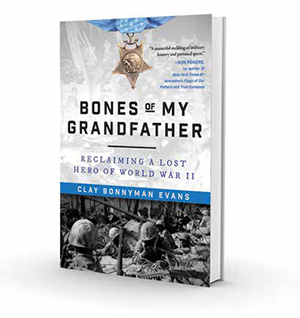 Alexander Bonnyman Jr. was one of 1,100 Marines and 5,000 Japanese forces killed during the 76-hour Battle of Tarawa in November 1943 during World War II. He was posthumously awarded the Medal of Honor, and his body — along with those of hundreds of other Marines killed in action — was buried overseas.

Several decades later, Bonnyman’s grandson Clay Bonnyman Evans decided to travel to Tarawa to look for his grandfather’s remains. The Hilton Head Island resident wrote about his experience in his new book, “Bones of My Grandfather.”

“I felt like I wanted to be part of, if I could, the effort to bring my grandfather home because my great-grandparents — I knew my great-grandmother — and my great-uncle and my great-aunts were so desperate to find him and bring him home,” Evans said.

Growing up, Evans was told that his grandfather died a war hero, but he never knew the details. It wasn’t until he was in his late 40s that he took an interest in his grandfather’s story.

With the help of an organization called History Flight, Evans was eventually able to find his grandfather’s remains, and more than 70 years after Bonnyman died, his body was returned to the U.S.

“Bones of My Grandfather” can be found at most bookstores and through several online retailers. For more information, go to bonesofmygrandfather.com. 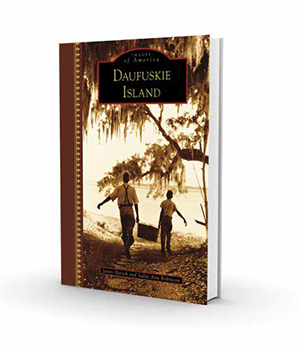 Like many people who visit Daufuskie Island, Jenny Hersch fell in love with it as soon as she stepped foot off the ferry.

Hersch loved the island so much that she bought property there, and in 2013, she moved to the island full time from Massachusetts.

When Hersch met sixth-generation Daufuskie native and celebrity chef Sallie Ann Robinson at Pat Conroy’s 70th birthday party — Robinson was featured in Conroy’s memoir “The Water is Wide” as the character Ethel — the two hit it off and began talking about writing a book.

Hersch and Robinson — who also is a cookbook author, certified nursing assistant, tour guide and Daufuskie Island councilwoman — conducted extensive research on the history of Daufuskie, gathering stories and photographs from residents, visitors, libraries and archives. The end result was “Daufuskie Island.”

“The best part was the people I met along the way,” Hersch said. “I really enjoyed every minute of that — traveling around, talking to people, trying to get a better understanding of what life was like.”

The book can be purchased online through Arcadia Publishing, Amazon and other retailers.