Just before sunrise, the fishing pier on St. Simons Island is quiet — but not empty. Fishermen and crabbers arrive early to set up for the day in their favorite spots. Ladies power walk in pairs and trios. The sun rises over the inlet waterway slowly at first and then all at once, illuminating couples holding hands on the wide benches and pelicans perched on wooden rails. 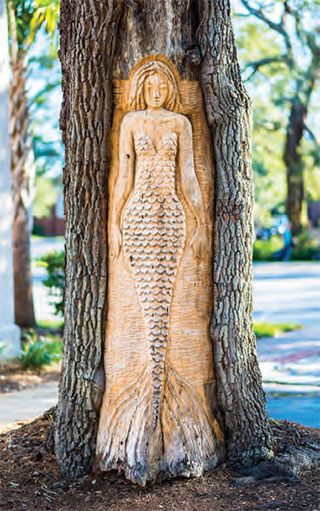 If you live in the Lowcounry and are looking for a different island experience, you don’t have to go far to find it. St. Simons and Jekyll islands are easy summer destinations between Savannah and Jacksonville that offer many activities not available on Hilton Head Island.

Near Brunswick, Georgia, some of the highlights of the 5,500-acre St. Simons Island are historic sites that predate the Declaration of Independence.

In 1736, three years after founding Savannah, James Oglethorpe established Fort Frederica to protect the British Colony against the Spanish. A visit to Fort Frederica National Monument offers a chance to learn about life in a fortified town of the era.

The St. Simons lighthouse — destroyed in 1861 during the Civil War and rebuilt in 1872 — is a working lighthouse that guides ships into St. Simons Sound. Those who climb the spiral staircase’s 172 steps are rewarded with sweeping views of the sea and a well-deserved sense of accomplishment.

St. Simons boasts more than 30 miles of bike paths, so one good way to get around is on two wheels. Massive live oaks shade the paths and harbor artist Keith Jennings’ famous tree spirit carvings; seven of the 20 spirits are within walking or biking distance of the island’s welcome center. Finding them all makes for a fun family scavenger hunt. 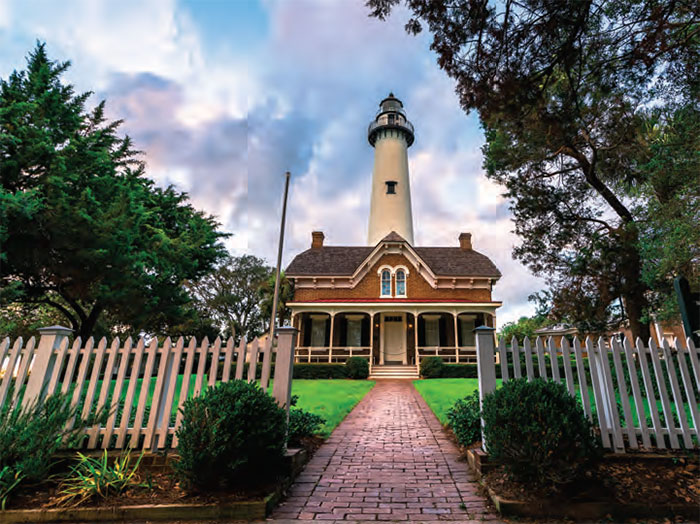 For unique accomodations, many travel agents recommend The Village Inn & Pub. Designed around a renovated 1930s beach cottage, the inn boasts 28 rooms, each equipped with a patio or balcony and named after a historical figure on St. Simons Island.

When Jodi Watts of Bluffton and her husband were looking for a romantic getaway to celebrate their 14th anniversary, they headed to Jekyll Island, south of St. Simons and known as a nature lover’s paradise. And for a family vacation with their daughters — ages 8 and 3 — they also chose Jekyll. 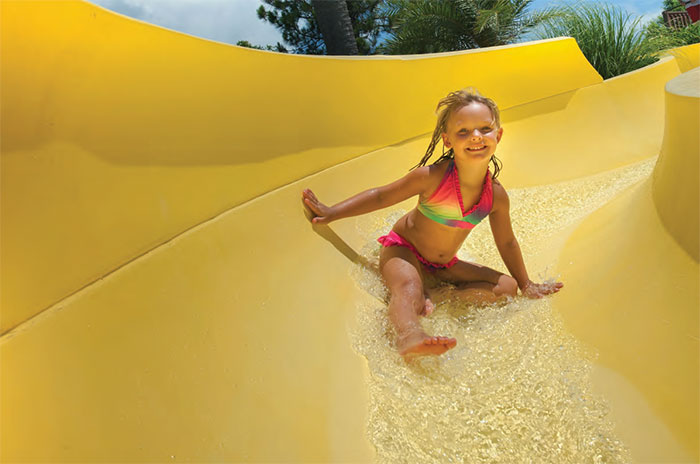 On the 5,700-acre island, development is limited to 1,609 acres to preserve the critical barrier island ecosystem. Compared to Hilton Head’s 44,000 square acres and more than 2 million visitors per year, Jekyll feels downright rustic — though it still offers all the comforts of home. 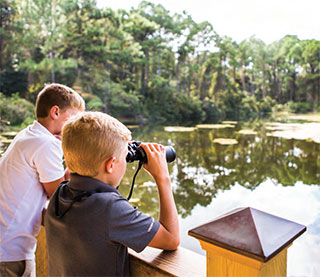 What was once a private retreat for the rich and famous is now accessible to everyone through the resort, which includes both hotel rooms and cottages.  The grounds are lovely and a bike path leads to beautiful Driftwood Beach. Don’t miss the sunset over the river.

“We tried very hard to keep the historic significance of the buildings in place while adding all the modern conveniences that travelers prefer,” said Bruce Westerlin, general manager at the Jekyll Island Club Resort.

Another fun family activity on Jekyll— at one time “the richest, the most exclusive, the most inaccessible club in the world” — is a tram tour of the National Historic Landmark District. 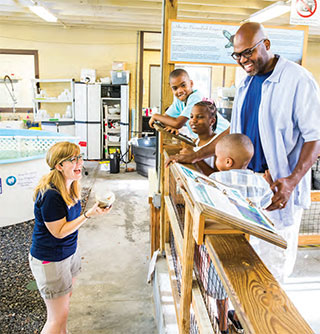 Jodi Watts, husband Jason and their girls also loved the island’s Summer Waves Water park and the sea turtle hospital at the Georgia Sea Turtle Center. To get around Jekyll, the family rented a golf cart, which they drove on the island’s roadways with no problem.

“We rode around in this golf cart around instead of driving,” Watts said. “Everybody was really nice and it was fun.”