In 1861, in the early days of the Civil War, the Union Army liberated the Sea Islands off the coast of South Carolina as well as the main harbor, Port Royal. At the sound of the gunboats, white Confederate soldiers, plantation owners and residents fled Hilton Head Island and the Lowcountry, leaving behind everything — including 10,000 black slaves. 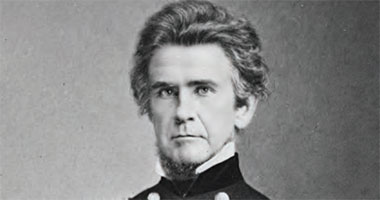 In the midst of this major military triumph, the Union was suddenly faced with a major challenge: it did not just liberate the land; it liberated 10,000 human. Decisions had to be made to address the needs of these newly freed slaves.

Groups and individuals from the North were anxious to come to South Carolina to help avert a humanitarian crisis. In general, the idea was to develop a comprehensive program to help former slaves work the land that had been abandoned by white plantation owners while providing them with an education to prepare them for their new status as freed men and women.

The report submitted to Secretary of the Treasury Salmon P. Chase showed that 200 plantations on the Sea Islands had been abandoned. This included 65 on the island of Port Royal, 50 on St. Helena, 16 on Hilton Head, and five on Daufuskie Island. 10,000 slaves had been left behind with no resources and no direction.

Frederick Law Olmsted, the executive secretary of the U.S. Sanitary Commission, said it was necessary for the U.S. to “train or educated them in a few simple, essential and fundament social duties of free men in civilized life.” His proposal became the federal Port Royal Experiment: a plan to offer the newly freed slaves an education and the chance to work the land and live independently of white control. 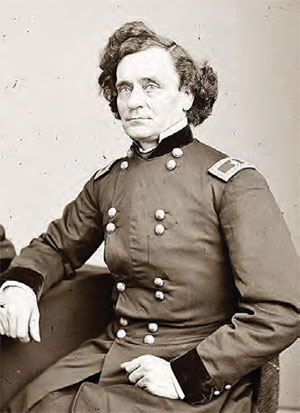 Union Gen. Thomas Sherman sought out teachers from the New England Freedmen's Aid Society who were willing to journey south and help to provide life skills and religious studies for the newly freed slaves. For Northern religious groups, the South became a ripe field for field for missionary work. At first, the group was able to raise enough money to hire 38 teachers. Eventually, the Freedman’s Aid Society sent 54 teachers to the South: nine men and 45 women who earned $20 to $30 a month teaching the freedmen and women as well as the Colored Troops.

On Feb. 6, 1862, Sherman initiated General Order No. 9, which outlined a plan for the abandoned plantations and opened the door for Northern societies to send volunteers and workers south to aid the freedmen. Although the military was in charge, with help from the charity organizations, skilled workers came to the South to help the former slaves — who represented a fusion of various African languages and cultures that were collectively known as Gullah or Geechee — become self-sufficient.

The Port Royal Experiment was the catalyst for what eventually became two pivotal initiatives that paved the way for Reconstruction. The first initiative, under the direction of Gen. Ormbsy Mitchel, led to the creation of Hilton Head’s Mitchelville, the first self-governed town for freedmen in America. The second was the formation by Bostonians Ellen Murray and Laura Towne of an educational mission on St. Helena Island named The Penn School. Understanding the importance of education as a major component to becoming self-sufficient, The Penn School, which was named after William Penn, was the first school for the former slaves of the Sea Islands. The first class began with only nine students in the Oaks Plantation House, but eventually growing enrollment forced the school to move to the Brick Church.

Though what is now known as Penn Center began as a school, through the years it also became a community center, continuing its role as an important resource for the Gullah community by providing training for midwives, a health care clinic, and the state’s first day care center for black children.

Later, Penn Center became one of America’s most influential places in the fight for civil rights. In the 1960s, when there were only a few safe havens for black leaders to gather, Penn Center was frequently visited by Dr. Martin Luther King Jr. and other influential civil rights activists. King spent a significant amount of time at Penn Center, relaxing on the peaceful campus grounds as well as meeting and strategizing with other leaders in the civil rights movement. Penn Center also served as a retreat for the Southern Christian Leadership Conference and other organizations. Designated a National Historic Monument in 1974, Penn Center was significant in developing black American culture. Today it continues to play an important role in promoting and preserving black history and culture through education and community outreach.

The Port Royal Experiment — under the direction of the government-sponsored Freedman’s Bureau and also known as the Bureau of Refugees, Freedmen and Abandoned Lands — wasn’t the only initiative meant to assist the newly freed slaves. But it was one of the biggest and most influential. However, after 1868, the Freedmen's Bureau was completely dismantled. History shows that most of the programs that that had been created to benefit the former slaves died along with President Abraham Lincoln in April 1865. A great number of freedmen who invested their hard-earned money in the Freedman’s Bank lost everything they had upon its collapse. 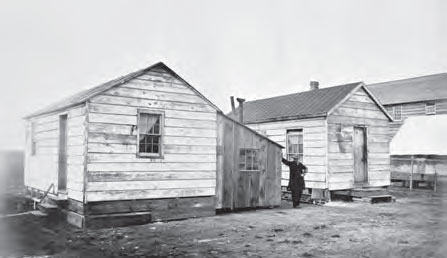 As the Civil War came to a close, support for the Port Royal Experiment began to diminish. Changing politics regarding race, the difficulty of raising money, and growing concerns over land distribution to the freedmen at the expense of former plantation owners led President Andrew Johnson to end the program. He also ordered that the lands previously owned by white plantation owners be returned to them. This closed many opportunities for freed slaves to become independent and self-sufficient.

The Port Royal Experiment was successful but short-lived. We can only speculate on how its continuance could have impacted Reconstruction and shaped the future direction of the South and the U.S.