For more than 30 years, the Coastal Discovery Museum has been giving visitors an “up close" look at the Lowcountry by letting them touch, smell and even taste the beauty and history that is all around us.

The museum got a little closer to that history in 2007, when the Town of Hilton Head Island invited the museum to inhabit Honey Horn, a historic site that boasted some of the island’s oldest buildings. 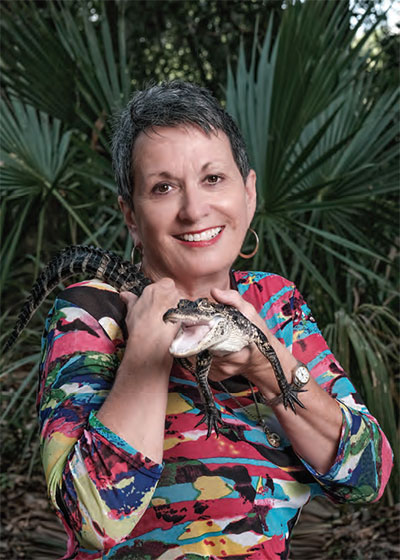 The Discovery House, built in 1859, now serves as the museum’s main building, where permanent and rotating exhibits tell the story of the area’s history, from its Native American inhabitants to European settlers and the Gullah community.

The Supervisor’s House, built in the 1890s, serves as a classroom and community space. It’s used year-round as educators present topic after topic, be it preservation of the local wildlife and habitat or glimpses into island life in the 1800s.

A pole barn displays farming equipment from the mid-20th century, as well as an unexpected treasure. Part of the cowling from an Atlas V rocket washed ashore several years ago and the museum jumped at the chance to form a lesson around it.

Even the horse barn is a carefully preserved example of 1930s architecture.

Not for a minute does the museum forget the importance of local waters to the past, present and future. There are regular excursions to look for dolphins, trawl for shrimp or explore via kayaks. 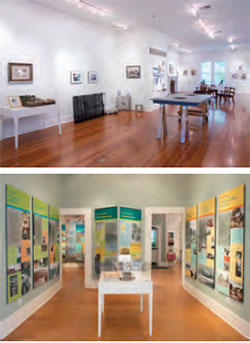 The museum highlights the way of life that thrived generation after generation because of the riches around us.

The museum recently updated its mission to hone its focus on the area’s history as well as its future. “Our mission now is ‘We change how people think about the local history and environment,’” said Robin Swift, head of the museum’s marketing and development.

Visitors can learn how to throw a cast net, a skill dating back centuries that persists as a way for fishermen to collect baitfish or shrimp to feed their families. Visitors also learn about the importance of clean water to today’s local oyster industry.

The museum incorporates nearby Jarvis Creek into its lessons. Boardwalks provide platforms from which visitors can see the teeming wildlife in and around the creek, from fiddler crabs to shrimp and a guidebook’s worth of water birds.

A scavenger hunt throughout the grounds keep children interested in the story of the area and the array of trees and plants.

Nature trails highlight live oaks, loblolly pines, and a red cedar that’s more than 400 years old. Gardens throughout the grounds include a heritage garden, the butterfly garden, and the intriguing carnivorous plant bog garden, with plants that eat their dinner. A muscadine grape arbor harkens back to one maintained at Honey Horn in the 1930s used for jams and winemaking.

The museum also has a resident marsh tacky, a breed of horse brought to Hilton Head by the Spanish in the 1600s. The small horse knows how to navigate tricky marsh areas, a needed skill in these parts.

But even its generous parcel can’t contain the museum’s work. Museum staff and volunteers also run the town’s Sea Turtle Protection program, patrolling area beaches every day for new turtle nests, then protecting or moving them out of high-traffic areas until the baby turtles hatch about 60 days later.

The museum’s Horseshoe Crabs in the Classrooms program teaches local teachers how to raise crabs in the classroom, then release them into the ocean at the conclusion of each school year.

The wide array of programs, talks and classes are thanks to the museum’s 150 volunteers. Even Comet, the marsh tacky, is cared for by volunteers.

The museum earned an impressive credential in 2015 when it became a Smithsonian Affiliate — one of only about 200 museums and cultural organizations in the nation with the title — which is testament to its commitment to education and preservation. 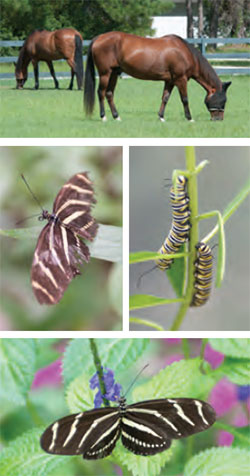 The affiliation enables the museum to borrow Smithsonian exhibits and tap into the Smithsonian’s vast resources and research.

Because many of its visitors return year after year, the Coastal Discovery Museum staff tries to present something new each time they visit, Swift said.

“Our curator of education and vice president of programming work really hard to create new experiences for students and visitors," Swfit said.

Once you visit the Coastal Discovery Museum at Honey Horn, you‘ll experience the tug to return time and again.

“We welcome people to visit and enjoy the property. It’s a very serene setting,” Swift said. “Wander around to get an idea of what the island used to look like.”

And with the museum’s work, hopefully what the island will look like for years to come.