Although it’s among the world’s greatest joys, being a father isn’t easy.

A father has to be a role model, exerting influence through action and demonstrating the compassion and capability a man should aspire to. A father has to be the embodiment of discipline, that terrifying figure whose return home marks the final word on sentencing for various childhood transgressions. A father has to be an endless wellspring of love and support, treating everything from scraped knees to broken hearts with gentle care.

It’s an immensely difficult job, being a father.

But it’s an infinitely more difficult job being a stepfather.

A stepfather carries with him all of the responsibilities of a father, but works from more unsure footing. While a biological dad always has the “because I’m your father” card to play, the stepfather must be more deliberate, laying down the tracks that will build a relationship even as the train is chugging over them.

It’s a role so undefined that it is literally undefined — Merriam-Webster recognizes the word “fatherhood,” but not “stepfatherhood.” 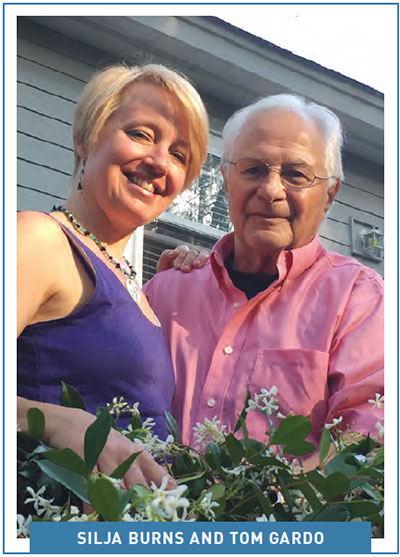 Describing his own experiences as a stepfather, longtime Hilton Head Island resident Tom Gardo said, “You’re not ever going to replace their father. You’re always going to be the outsider, but they’re going to open their hearts to you when they’re ready. So you have to be warm, kind, consistent and balanced.”

Gardo had two daughters of his own, Jessica and Michelle, when he married wife Signe, who herself had two daughters, Marisa and Silja. If you want to talk about challenges as a stepfather, you need to talk to the man who at one point had four teenage daughters under one roof.

“Those were interesting times,” Gardo recalls with a smile. While the blended family quickly bonded over a shared love of the outdoors plus regular family vacations in the RV, crisscrossing the country during several summers, the stress of teenage children would inevitably bubble up.

When it did, Gardo was ready.

“You’re typically going to have some kind of issue that comes up,” he said. “I think you always have to make an effort to engage, in a loving way, rather than retreat. Retreat adds that layer of separation that isn’t good if you’re going to have a long-term relationship.”

Engagement can go a long way when developing those relationships. In describing his own relationship with his stepkids, islander Marty Crocker spoke in similar terms. 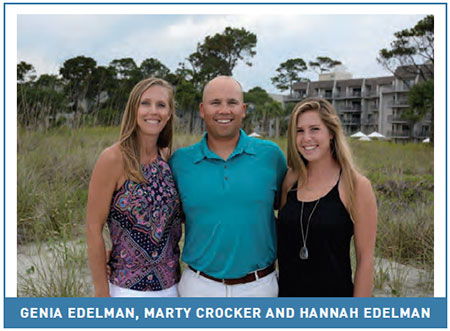 “If something comes up, we talk about it. … There’s no sliding it under the rug,” Crocker said.

Crocker’s transition into being a stepfather was about as jarring as it can get: prior to marrying his wife, Genia, he had no children of his own.  With his marriage, he suddenly found himself a stepfather to Logan, Madison and Hannah, who were all between the ages of 17 and 12.

Accustomed to a bachelor lifestyle of near constant travel as a yoga and massage instructor, Crocker admits that it was an “interesting thing to go from having no responsibility to having three kids,” but maintains that his own philosophy and outlook helped immensely in navigating the murky waters of stepfatherhood.

“I’ve never been one to be stuck in my ways, so I came into it open-minded,” he said. Crocker, who famously opened a “pay-whatever-you-want” smoothie shop on Hilton Head’s south end, is used to looking at things from a different, more open-minded perspective. When he took that approach to fatherhood, it paid off in a stronger relationship with his new family.

“I never went into it with baggage or any concern if they liked me or not. Because it was about our relationship between the two of us first, and working that out,” he said. 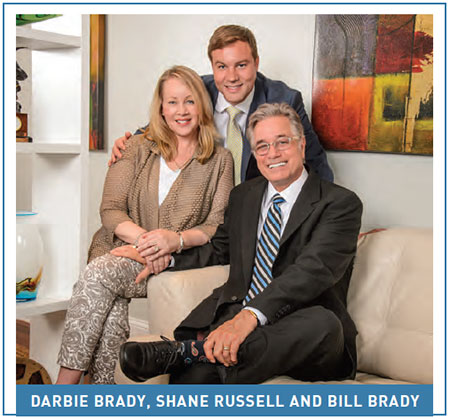 Working from a foundation of love proved vital to local Bill Brady as he built his family in what might be a somewhat familiar story. It’s a story of a man named Brady. And while the details don’t quite line up, this particular Brady bunch did result in a blended family of six children.

In this case, the man named Brady had two daughters from a previous marriage, Christina and Kimberly, to wife Darbie’s four children, sons Brooke, Tanner and Shane and daughter Chelsea. But it was still much more than a hunch that this group would someday form a family.

“We decided weren’t ever going to say ‘stepchildren,’ ” Brady said. “We also decided to do all things with love.”

That’s not to say Brady didn’t know when to step in as the enforcer. He recalls with a laugh his habit of taking the kids out to breakfast for a little talk whenever they were getting too out of hand.

“That was a cue that, ‘Oh, my God, I’m in real trouble,’” he laughed. That tough love cemented the bonds between Brady and his children, though, so much so that Shane now works alongside him at CrossRoads Financial Group, where Brady is managing director.

“He’s so easy to get along with and he brings a lot of positive energy into the office,” he said.

So is being a good stepfather a matter of building a family, building understanding or building relationships? Well, as with so many aspects of being a stepfather, there’s no clear answer.

Maybe the best answer is this: just be there. And when needed, the best thing a stepfather can do is step up.