When Jeremiah Dunn, owner of Greenscape Services in Bluffton, was tasked with updating the landscaping at a Hilton Head homeowner’s property in the Moss Creek community, he knew he wanted to make it stand out. “We wanted to make this special,” Dunn said.

With the blessing of owner Marilyn Cunniff and her son, Rick, Dunn began reinventing the property in 2017, months after the damage caused by Hurricane Matthew the prior year, which included the destruction of the home’s dock.

The first priority was to perk things up. There was too much green, Dunn said. 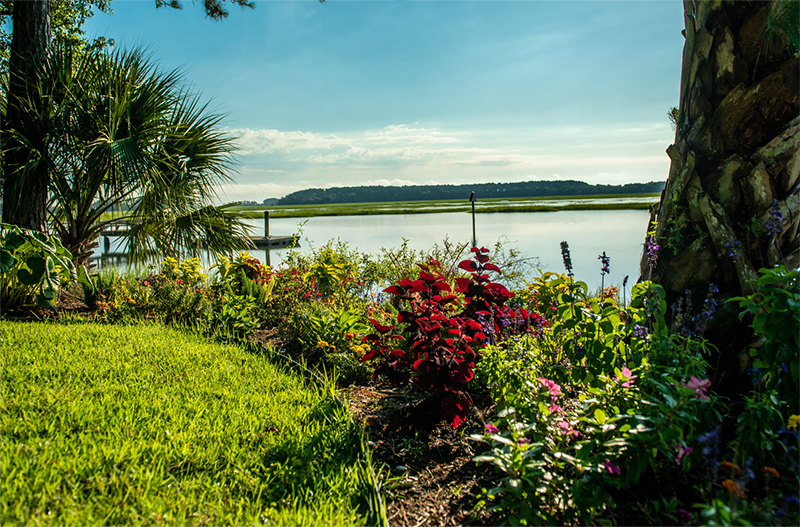 “We really wanted to change that,” Dunn said. “Everything was green; hardly anything was blooming.” Dunn brought in tropical plants from Florida, encore azaleas and sunshine ligustrums, which give the property a “bright, yellow look all year long.”

Dunn also added Japanese and Savannah hollies and fruit trees, such as loquat and grapefruit.

It’s all a mixture of wonderful things that look like they grew naturally. 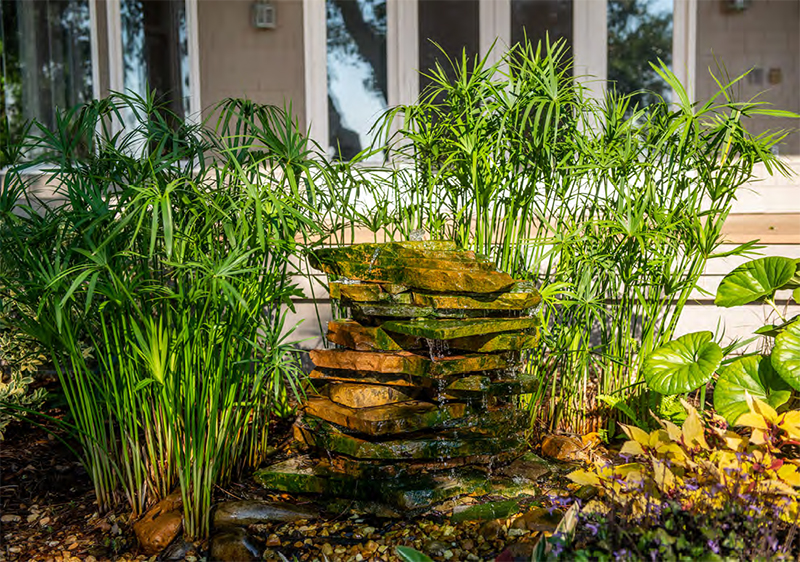 “It’s all a mixture of wonderful things that look like they grew naturally, rather than a bed of this over here and that over there,” Rick Cunniff said. “Color and varying heights are a big part of the variety.”

There are distinctive touches throughout, including a paved path that used to be mostly gravel and a custom fountain made with natural stones. The Cunniffs enjoy listening to the calming sounds of the fountain’s running water.

“You sit out there and it provides a soothing background,” Rick Cunniff said. Another welcome edition is a bird feeder situated outside the dining area. 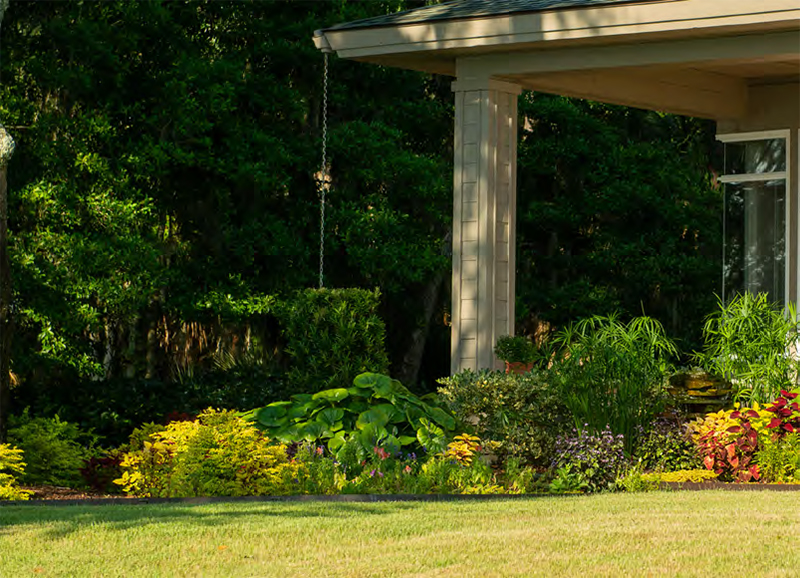 The Cunniffs can enjoy a meal and watch from the window the constant flight of birds. Sometimes the birds cool off with a dip in the fountain.

“It’s great to have the entertainment,” Rick Cunniff said. “All day long they are coming and going.”

The Cunniffs, whose main residence is in New York, visit the Hilton Head home (built in 1990) several times a year. 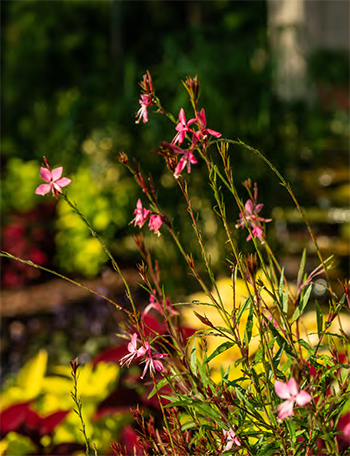 In the evening they enjoy having a cocktail out on the deck as the sun sets over the water.

Those early evening moments of relaxation have been amplified by the addition of lights that highlight the oak and palm trees. “They really gave it a nice nightscape,” Dunn said.

Rick Cunniff said the lighting gives him a sense of security. “The light gives you a deep, comfortable feeling,” he said. Dunn, who worked on the property for two months in 2017 and has added phases periodically, said having the opportunity to work on the home has been fulfilling.

“It’s really the crown jewel of what I’ve been allowed to work on,” he said.