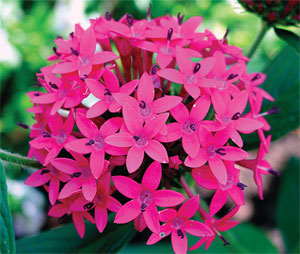 PQ R – Hello! Although P and R are well represented in horticultural circles, Q has fallen off the page. Research reveals that there is only one Q represented on a half page in Alan Armitage’s comprehensive 516-page Manual of Annuals, Biennials and Half Hardy Perennials. Quisqualis, (Latin for who? what?), indica also bears the common names of Rangoon Creeper and Drunken Sailor. It is a tropical vine that can reach 70 feet, fair warning that we should not invite it onto our premises.

Plectranthus is the new “in” plant. Slow to catch on at first, it was planted mainly for its foliage of plushy, silvery gray-green leaves. More recent introductions include the variety on display in almost every garden on the May All Saints garden tour. This is a large, attractive shrub with dark green foliage, purple underneath, and many long spikes of small, tubular lavender to purple blooms. It appears to be very easy to grow and propagate, thriving in sun to shade.

Pentas, though well known, should be mentioned for its over-the-top performance and suitability in all sunny to semi-shady situations. Colors range from pink to rose, scarlet, lavender and white. It is very long blooming, carefree, sturdy, upright and vigorous – everything you want in an annual/biennal. In many cases, it will return for the second year, even if slowly. Highly recommended for summer into fall bloom. 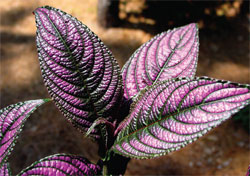 The lowly petunia, until recently the most ordinary plant in everyman’s pot and garden, has taken a new lease on life and is currently available in infinite variety of form and color. Cinderella-like, it has burst renewed on the garden scene, dressed in new clothes and ready for the ball. New forms include cascading, floribunda, grandiflora, double grandiflora, multiflora, double multiflora and miniature. Among this multitude of varieties, the mini-petunia (not the look-alike calibrachoa), is particularly appealing for grace of form in baskets and containers. Surfinia series is a brand name to remember. Seek it out – you will be pleased, or better still, enchanted. Included in all of this, there is the popular Wave series and the Supertunias. Full sun and excellent drainage are essential, as petunias do not tolerate excess water.

Persian Shield or Strobilanthes deserves a nod as a plant easily and largely grown for its iridescent foliage. Although it will rarely flower in the garden, its attractive leaves, silvery-purple above and dark purple beneath, are a dramatic accent. You can experiment in your garden to determine where it will be most effective – in full sun with some afternoon shade. 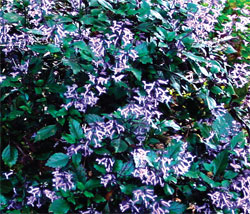 Pardancanda, candy lilies, should be planted more often. Perhaps because they bloom in late summer, they don’t receive enough “press” to merit attention, but they are delightful and cheery little lilies, not dwarf but smallish in flower size. The blooms, in many colors and shades of blue, purple, yellow, red, orange and white, are nonchalantly freckled, adding to their charm, while their strappy foliage forms a fan-shaped background, making them even more picturesque.

R for rosemary is not news, as it grows beautifully in the Lowcountry in full sun – both the upright and the spreading forms. What is new, however, is the introduction of Rosmarinus officinalis ‘Irene,’ which is a cascading form for hot dry locations such as a wall or bank, where it will vigorously spread at the rate of 18-30 inches per year. And, most importantly, it is deer and pest resistant.

Rudbeckia, Gloriosa Daisy or Black-eyed Susan, is a popular garden annual which starts blooming in mid to late summer and continues to add its gold, orange and variegated combinations of the two colors to the fall garden. It is easy to grow and is happiest in full sun with very good drainage. 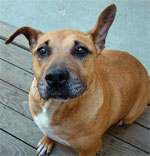 It responds well to dry conditions rather than wet and should be deadheaded frequently to promote continuous bloom. It will reseed and provide next year’s plants, but not exactly where you might expect or want them. Popular cultivars include ‘Goldsturm,’ ‘Prairie Sun’ and ‘Cherokee Sunset’.

Finally, Ruellia, or Mexican petunia, is not a stranger to Lowcountry gardens. It comes in tall or short shades of blue or white and there is even a red variety, elegans, though seldom seen hereabouts. It is a rampant re-seeder and, though some like it for ease of growing, others dislike it for practically the same reason. When it is not blooming, one wonders why garden space is allotted at all. But if you haven’t tried it yet, you might want to discover if this one’s for you. You will have it forever.